Rules Matter: How 5 Simple Rules Stop Car Salespeople from Skating Each Other

If the only place you’ve ever worked is for one of America’s car dealerships, then you may not be aware that other industries don’t reward those who steal from their coworkers. Only dealership employees enjoy the added perk of being rewarded for cheating each other at will.

We call it skating; and it works like this:

A prospect I assisted a few days ago (and properly entered into the CRM) arrives at the dealership while I’m at lunch. He asks for me, though one of my coworkers feeds him a line similar to this:

“Steve is actually off today, but he and I work together as partners. I can help you with your purchase and make sure he gets full credit.”

My “partner” sells the vehicle and attempts to further the deception by titling the car in the spouse’s name and/or by using a different phone number and email address than what I entered when the prospect first arrived at the dealership. 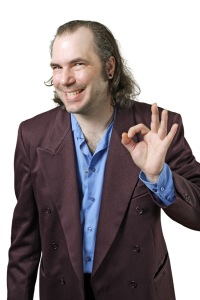 In every other industry this is fraud. Fraud, by the way, that would lead to an immediate termination if discovered.

When caught skating (a much better word than fraud, right?) in automotive retail, we “penalize” the skater by taking away half of the deal. That is, we split the sales commission between the person who should have been allowed to sell the customer (me) and the guy who lied and cheated and tried to cover up his lying and cheating to sell the customer (the skater).

This is how we treat those who steal from their coworkers in automotive. We give them half the loot… if we catch them.

There’s No Downside Risk, Is There?

The problem with trying to stop skating today is that there is no downside risk for the skater. Think about it:

They are incentivized to cheat.

This is what needs to change. I don’t know about you, but if I was running a dealership or group today, I would be tired of constantly splitting the baby. You know, the never-ending “he said/he said” debates where you ultimately just do what’s “fair” and give the cheater half the loot.

For the most part, skating is just the natural result of the rules (written and unwritten) that you have in place.

If there is one axiom more true in automotive than “people work their pay plans” I truly do not know what that might be. We create the skating, in effect, because our rules encourage laziness and reward skating. One common example is the 72-Hour Rule most stores employ to “protect” a prospect (while giving the salesperson absolutely no incentive to actually follow up):

I catch an Up on Monday and enter their data in the CRM; though I do not sell them a vehicle. The Up comes back on Wednesday (my day off) and buys. With a 72-Hour Rule in place at my dealership, I am automatically awarded half the deal.

I made no follow up attempts. I set no appointments. I got lucky this Up didn’t run into a real salesperson after they left our dealership on Monday.

The rules state that I deserve half of this deal.

It’s time to change these rules.

Here are my 5 simple rules for eliminating skating forever:

Announce these today and begin enforcement in 30 days, and you’ll never have to split the baby again. I guarantee it.

Of course, for those of you who are quick on the uptake, you’ve also realized there are two additional benefits of these rules beyond the elimination of skating. These rules, if enforced, will compel your sales team to start making actual calls and setting real appointments.

Your floor team will begin following up with Be-Backs and their owner base. The Internet/BDC Team will start making actual phone calls instead of cherry-picking leads while spewing no-gross pricing from the safety of their email.

These 5 simple rules will change the culture of your store literally overnight.

But, like all rules, the first time you make an exception, any exception, you’re done. The rule no longer matters. It’s lost its teeth; and you find yourself once again in a he said/he said moment trying split another baby.

Not me. I’m tired of encouraging laziness and rewarding cheaters.