Empowering Your Team to Solve Problems in One Simple Step

Six months ago I watched a service manager struggle with the amount of customer complaints he had to deal with on a daily basis. Most of the complaints were just silly, and almost all of them should have been solved at the advisor level.

Unfortunately for this manager, he was really, really good at solving customer issues. So good, in fact, that his team 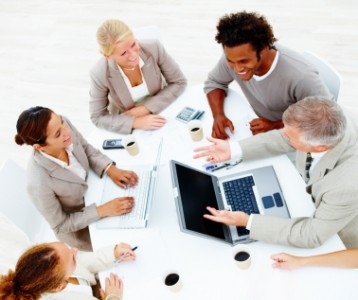 seemed incapable of handling the most minor of problems.

When I asked him if he would prefer that these issues be solved at the advisor level, he immediately smiled and said “If only.” It turns out he was spending upwards of half his workday on customer issues that he wished his team would handle.

Empowering Your Team is Easy

This service manager wanted his team to handle the issues and swore to me they had the power to solve all but the most expensive disputes. Of course, if their manager was willing to solve their customer disputes and there were no repercussions, why not just let him handle them all?

I shared with this manager my One Simple Step to Empowering Your Team to Solve Problems… and it really is simple. I asked this manager to announce the following to his team:

“If your customer’s minor issue makes it all the way up to me, I’m going to give them everything they’re asking for and pay for it by using the bonus pool.”

Then, I told him to live this.

Fast forward six months: I called the service manager yesterday to get an update. Not only has his team been handling the minor issues for months, but the major ones, as well. The manager told me that he now deals with just one or two problems a week; and in the last ten days he didn’t have to handle a single complaint.

“My team,” he said “is truly empowered!”

« Can TrueCar be Fixed? Yep, and Here’s My 10-Point Plan! » Hey Business Owner: Your Managers Are Costing You Millions Because They Don’t Care About Perfect Data