Self-Driving Cars: Why you will NEVER buy one…

There’s been a lot of talk and press lately about the coming revolution known as the autonomous drive vehicle (a.k.a. self-driving car). It’s coming. You cannot stop it. Despite your personal feelings, we will have more than a few self-driving cars on the road in the next 5-6 years. More importantly, in about 10 years, self-driving cars will likely be as ubiquitous in some cities (think Manhattan) as taxis.

Now that we got that out of the way, it’s important to also understand you and I will probably never buy a self-driving car.

In my opinion, there’s no use debating the merits or certainness of autonomous vehicles: they will be an improvement over today’s alternatives; they are coming and there is really nothing you can do about it. To me, quibbling about self-driving cars today would be like debating the pros and cons of the Internet in the early 1990s in some lame attempt to sway public opinion against going online.

You don’t have to be in favor of autonomous vehicles to see this, but it does help.

The two primary types of detractors today range from those who claim the pleasure of driving is too great to ever give up their Corvette, to those who say they “don’t want machines running the world.” Both of these camps claim they will NEVER buy a self-driving car.

And… they’re right. They will never buy a self-driving car and neither will you.

The biggest point that naysayers miss when considering the future of autonomous vehicles is that (for the most part) consumers will not own these. If companies like Google and Apple (and a dozen other tech-types) envisioned that the future of these vehicles was a one-time sale, some service business over the years, and then a trade-in on a new one, they would never consider jumping into autonomous vehicle development. The long-term revenue stream and the market share expectations would be too small to attract these behemoths. 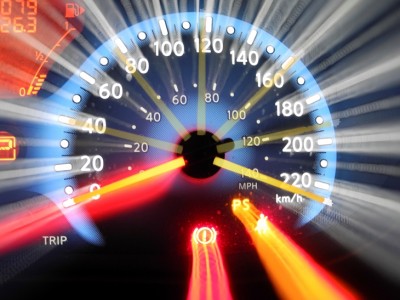 Yeah… But Why Won’t I Just Buy One Myself and Skip the Middleman?

It will be more than just a few bucks cheaper for you to outsource your transportation needs to a Google or an Apple than it will be to buy an autonomous vehicle, charge it, repair it, insure it and watch it depreciate in your garage while you use it for a couple of hours each day.

Not convinced? Consider a few of the benefits we’ll enjoy with self-driving cars in about 10 years:

Okay, But Where Will They Park, Charge and Repair These Vehicles?

You see, the enormous fleet that a Google might manage needs to be spread throughout the city at all times; and while they will likely build and maintain a number of giant centralized garages for some parking and charging (and all repairs), the need for on-demand service will require that they contract with you and me to allow charging and storing on our driveways.

In both the short and long term, it will be cheaper and more efficient to mount solar panels on the roofs of interested consumers’ homes, add a storage battery and charging station, and then trade some free electricity for the right to park a few self-driving cars on their driveway or in their garage.

Remember: because we no longer own a car, our driveways and garages are pretty much just being wasted anyway, right?

Okay, You Convinced Me. Now, Who Will the Winners and Losers Be?

Well, I’m glad you came around to my side on this. To understand which industries will see the greatest impact from the self-driving car revolution, please read my next post: Self-Driving Cars: The Winners and The Losers.

« What the Aussies Can Teach Us About Email Etiquette » Self-Driving Cars: The Winners and The Losers