Unless Your Name is Barbara, of Course 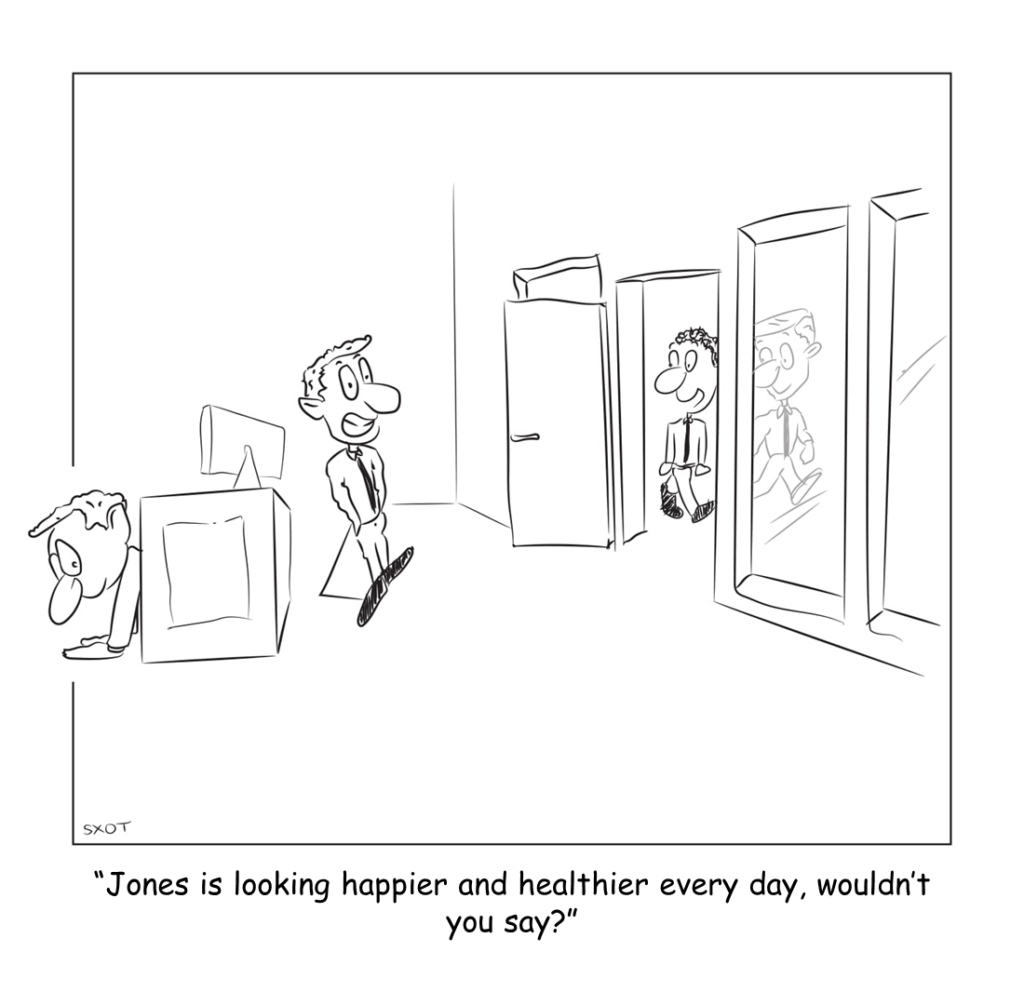 Two lessons ago we briefly touched on the psychological phenomenon called cognitive dissonance to relieve internal stress by projecting happiness on the outside. Basically, this theory says that your conscious mind and subconscious mind cannot be in conflict. In other words: whatever you feel on the inside, you must also feel on the outside. When you do not, cognitive dissonance says that one of these two (either your conscious self or subconscious self) will change viewpoints to eliminate the dissonance.

In this lesson, we’ll employ cognitive dissonance to win over the assholes at work.

Years ago, I had a situation with a workplace ass we’ll call Richard. Based on office dynamics, I knew I couldn’t win playing offense or defense against him, so I chose not to play. Instead, I created “The New Steve.”

In a nutshell, The New Steve went out of his way to be insanely nice to Richard; regardless of how or if Richard reciprocated. Where Richard would struggle to grunt out a monotone “morning;” The New Steve would respond with a sincere-sounding and hearty “Good Morning, Richard. Great to see you!” Throughout the day, every passing encounter with Richard would generate a huge smile from The New Steve with either a wink or (more likely) a wink, a pointed index finger, a nod, and a “Hey, hey; Richard!”

Initially, Richard figured something must be up; and he stayed on guard against any kind of friendly interaction. I, on the other hand, began to actually enjoy seeing Richard because every time I did, I smiled and acted happy to be around him. You see, my subconscious dislike for Richard was supplanted by my conscious (though initially fake) excitement to be in his company. I felt better about Richard; and, subsequently, about my job. I had less stress and ended up looking forward to Monday mornings. Eventually – and to this day – I liked and respected Richard. In my effort to win him over to my side, I no longer hated the sight of him.

This should be enough of a benefit, but I was not the only one who changed. Richard began supporting me to our bosses both in person and behind my back. He became my true coworker and the company grew because of it. Had I not tried The New Steve, my guess is one of us would have quit or been fired, and neither of us would be as successful as we both are today.

Is there an asshole at your work? Stop hating him or her and decide instead to become The New Steve. (Of course, using your name instead of mine… otherwise, it would be creepy.)