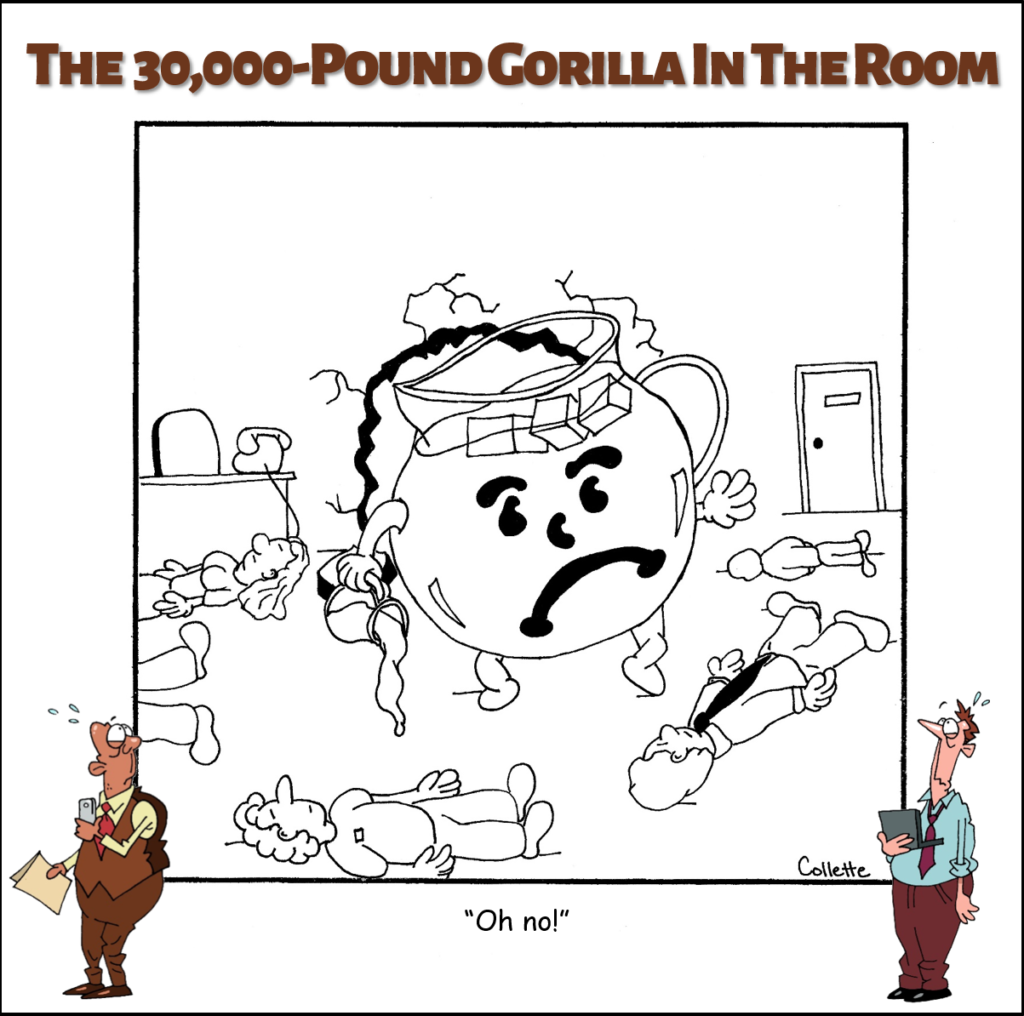 (Drink/Drank the Kool-Aid is an annoying business term and is just one of the 212 Most Annoying Business Phrases Managers Effuse, Confuse, and Overuse detailed in the hilarious must-have guide for every workplace: The 30,000-Pound Gorilla in the Room. Available right now on Amazon.)

There’s no doubt the worst thing about uttering this saying is that it originated from the 1978 Jonestown Massacre – an incomprehensible tragedy where over 900 people died in a mass murder-suicide by drinking drug-laced Kool-Aid.

If that’s not enough to have you stop saying this annoying phrase, we’ve got nothing.

Well, maybe not nothing. Even if you don’t know the phrase’s origins, you surely understand that asking someone to drink the Kool-Aid is akin to asking them to commit to a cult-like organization or project, right?

Of course, most managers who repeat this annoying phrase do so in an accusatory way. They claim others (those not as enlightened as themselves) are so easily deluded or manipulated that they drank the Kool-Aid.

To prove their own superiority, they’ll let you know when they think a rival “really drank the Kool-Aid.” Translation: He’s dumb; I’m smart. He’s a sheep; I’m a freethinker.

Certainly, your employees know the truth… at least those who didn’t drink the Kool-Aid you’re serving.

« Drink from a Firehose » Drop-Dead Date