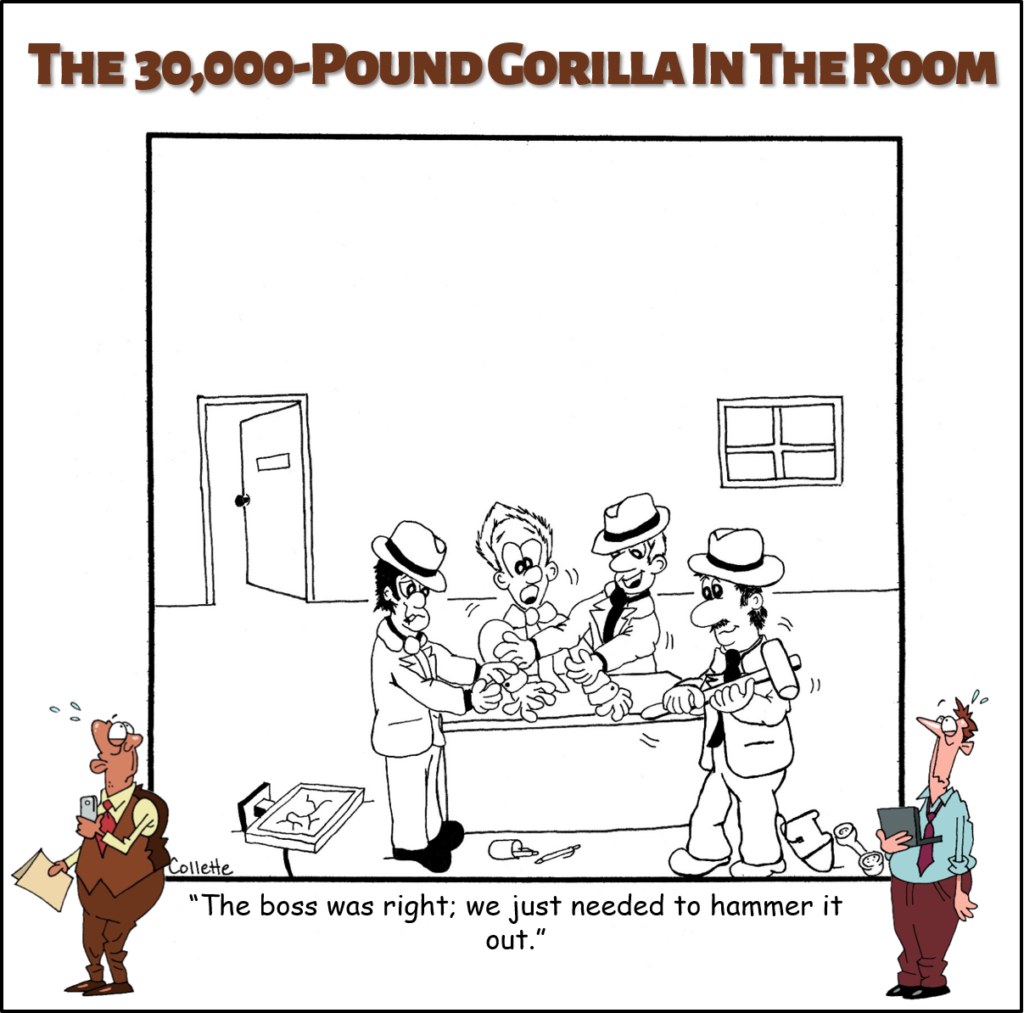 (Hammer it Out is an annoying business term and is just one of the 212 Most Annoying Business Phrases Managers Effuse, Confuse, and Overuse detailed in the hilarious must-have guide for every workplace: The 30,000-Pound Gorilla in the Room. Available right now on Amazon.)

You’re close to a deal… there are a couple of points where you and the other side still disagree, but the overall structure is there. What’s your next step?

Well, if your annoying manager is involved, he’ll tell you exactly what to do next. He’ll say, “Hammer it out.” Ugh, so annoying.

In his mind, you just need to hammer it out because, after all, it’s all in the details. Double ugh, truly maddening.

It’s hollow and directionless; and it implies your boss thinks you’re so weak minded you just need a little motivational push from above to successfully complete the task.

Unfortunately, given the weakness of those using hammer it out, the replacement phrases are no better; they’re just not clichés.

Replacement phrases: Work it out; Come to an agreement; Finalize the details