Hey Car Dealers: Speed Up Your F&I or Else!

NEWSFLASH: Consumers are tired of wasting 3-5 hours of their lives buying a car.

The average prospect today has done more than 19 hours of research before they ever set foot on your lot; so they know what they want to buy, they just don’t want to spend an entire day buying it from you.

Recognizing the need for speed, some dealerships have done a decent job of abbreviating their Road to the Sale for many customers: getting them from the Meet & Greet through the Write Up often in fewer than 60 minutes. The problem for these dealers – and especially for their customers – is that they still struggle to get anyone in and out of the F&I office faster than they did ten years ago.

This has to change.

As I first wrote about in a post titled The 5 Things Dealers and OEMs Can Do Today to Stay On Top During the Next Downturn I purchased a used vehicle from a franchise dealer in our area last year. I was there on a Sunday and was the only customer on the lot. I completed the deal with the sales manager quickly, but still waited about an hour to see the F&I manager. It’s important to stress: I WAS THE ONLY CUSTOMER ON THE LOT.

What started as a pleasant negotiation turned into a dreadful overall buying experience, because this dealership’s F&I manager (like most managers I encounter in the business office) had her own clock; her own sense of urgency; and none of this was aligned with the customer or even the rest of the sales team.

What I didn’t disclose in the original post was that this was a cash transaction. Given this, it’s highly likely that this F&I manager intentionally slow-played me as “punishment” for stripping her of her commissions. Whatever the reason, consumers (even those of us who work with dealers on a regular basis) don’t understand why it takes more time to buy a car than it does to close on a house.

So, we all agree that we need to speed up the F&I processes in our stores, but as one GM told me recently, some 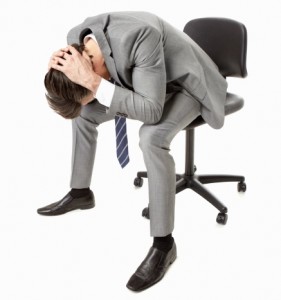 owners are “scared to death” to upset their F&I managers for fear they’ll stop producing high back-end grosses. As this GM put it, his F&I mangers “are just Prima Donnas and overpaid bankers.”

Yikes; sounds like this dealership is being held hostage by the business office. Much like when a service department’s (lack of) efficiencies are driven by the moods of the advisors, everyone in this dealership walks on eggshells around the finance team.

Enough of this tail-wagging-the-dog BS, it’s time for you to take control of your finance managers before they so damage your reputation that your back-end gross PVR becomes meaningless (since you’re selling half the units you previously retailed).

While there are lots of vendors with expense products for speeding up your F&I processes, wouldn’t it be great if these solutions didn’t require huge investments in hardware, software and training?

Like most problems in automotive retail, managers tend to overcomplicate the issue; forcing them to gravitate toward the expensive, outsourced solution. Let’s not overthink this one.

There is a simple pay plan change in F&I that can increase the speed of transactions without decreasing the back-end grosses. Here’s how it works:

Half of the total department commissions earned for a given month are paid directly to the respective F&I Managers, and half of these commissions are put into a pool. The pool is then divided among the managers by the number of deals they worked during the period. For example, if 300 vehicles were sold last month and Manager A handled 100 of the deals, Manager B handled 50, and Manager C handled 150, then the monthly pool would be divided like this:

With this plan you are encouraging speed without harming your existing F&I grosses, since half of a manager’s pay is still tied to the grosses he or she generated.

Yes, it really is that simple…

If you’re an F&I manager reading this I encourage you to open your mind a little and resolve to speed up the process for consumers before it’s too late for you. With a true One-Price environment (where value selling is gone and efficiency rules the day) dealerships don’t need an F&I department. Dealers doing the One-Price model correctly just give these duties to the product specialist who simply presents a few standard menu options on an iPad or other tablet.

In other words, speed up or else…

« Internet Lead Response: Why Should it Matter for Car Dealers? » Why Would a Car Dealer Even Want an e-Lead?