Car Dealer BDCs: A Veritable Den of Thieves for Many Dealers

The Great BDC Robbery: How Reconciliation Allows Your Business Development Center to Steal from You

Do you have any idea what your BDC is doing right now? 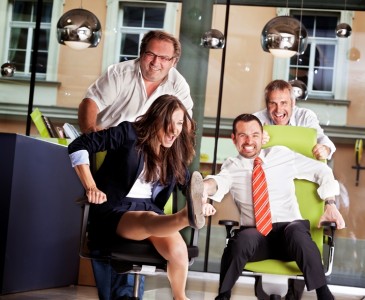 A few weeks ago a general manager I’ve known for some time was bragging about the performance of his group’s Centralized BDC. He was almost gushing about how well they were doing and how there was no conflict between the BDC and the various floor teams. He told me that the BDC now accounted for more than 45% of the group’s sales (up from about 15% before the BDC) and that they were routinely closing internet leads north of 20%.

I was impressed… to say the least.

Then he told me the turnaround occurred in just the past year.

“Wow,” I thought, “this is one solid Centralized BDC!” So I asked him how much market share his group has gained since last year.

“Well,” he paused, “two of our stores have actually slipped a little and the others are just about even with last year.”

It was then that I told him he was being robbed by one of the most common BDC scams in the industry: Reconciliation. To prove it, I only needed to borrow his CRM login.

It takes just a cursory inspection in a good CRM tool to uncover reconciliation; and within ten minutes I was able to show this GM where his BDC was robbing him:

John Smith sent in an internet lead two weeks ago. Yesterday, someone named John Smith bought a car at one of the group’s dealerships. Via reconciliation, the BDC took credit for the John Smith sale and is now due to be paid their commission for the deal.

It really is this simple; and it happens with almost every BDC I inspect. (Which is sad, given that reconciliation can be prevented easily with just two simple changes.)

Last year I posted a free video series that would have completely prevented this fraud (had this group’s leadership watched it and heeded the advice). The series, called The 5 Must Haves For Creating an Automotive BDC, details the non-negotiable aspects to building a BDC that is both successful and sustainable – including the two simple changes I immediately recommended for this group:

MUST #2: BDCs Must Use Sustainable Pay Plans

This group was paying the floor a full commission on BDC deals. This guaranteed their salespeople would never complain when the BDC took credit for deals they didn’t generate. Why would they? It didn’t cost them anything, right? (My GM friend told me they were “packing” all vehicles $50 to pay for the BDC. Just to be clear: THIS NEVER WORKS!)

MUST #4: BDCs Must Have Strict Rules for What Counts as a Valid Appointment

Like most unsupervised BDC managers, this group’s “head thief” was able to mark appointments as “set,” “shown” and “sold” days after the deals were done. Again, no one complained because, in this case, there were no rules in place for what counted as a valid appointment.

Had these two simple musts been in place, the respective general managers would not have been hoodwinked and the dealerships would be growing real market share (not just overpaying an ineffective BDC).

(If you want to stop getting robbed by your BDC and you’d prefer to read The Five Must Haves rather than watch my videos, you can read How To Set Up a Successful BDC on the AskTheManager.com blog.)