Shut Up About the Appointments Already!

This may sound like strange advice since I teach dealers how to implement both an Appointment Culture and The Perfect Appointment in their dealerships… but, will you please shut up about the appointments already?

You are failing to set real appointments that show and buy, precisely because you talk so much about appointments that your salespeople and BDC agents can’t see the forest for the trees. (That is, they think appointments are the goal, so they only try to set appointments. Unfortunately, prospects have no idea what an “appointment” is with a car dealership.)

Your team suffers from Appointment Tunnel Vision or ATV. The managers scream about appointments; the walls are covered with appointment boards; they’re paid for appointments that show – who could blame them.

If it’s appointments you want, then stop talking about “appointments!” Stop tracking “appointments;” stop paying for “appointments.” It’s the only way your team can recover from ATV. Not sure what I mean, consider the following:

Then I hear the salesperson say this:

What’s the difference you ask?

The first request sounds helpful and creates urgency. In the prospect’s mind, the salesperson is working to schedule a test drive for the prospect on a vehicle that clearly has a lot of interest (since there are only two open test drives this morning). Plus, because the request indicates “this morning,” there is the likelihood that later test drives might be available, if the prospect cannot make the earlier times.

The second request sounds inconvenient and controlling. In the prospect’s mind, the salesperson is just filling their tight schedule without regard to what the prospect wants. Plus, because the request indicates “today,” the prospect may assume this salesperson (and perhaps this dealership) isn’t a fit given their rigid schedules.

While you want your salespeople and agents to maintain control of the call, you don’t want them to sound controlling. You want them to come across as accommodating as they pull the prospect through the phone and drop them in your dealership for their scheduled appointment.

What about the voicemails?

Oh yeah, because no one at our dealership will shut up about the damn appointments!


I recently heard this voicemail on one of our comprehensive 7-day mystery shops: 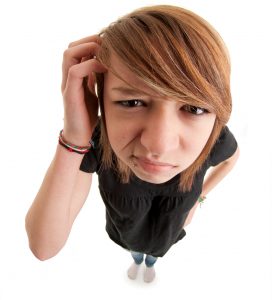 Can you also hear the prospect’s thoughts?

If you must mention appointments in a voicemail, it should sound something like this:

“… We’ve had a lot of interest in that beautiful BMW and I currently have a few test drives open on it today. Please call me back ASAP so that you don’t miss your chance at this great vehicle.”

If you want to live in an Appointment Culture, you need to strike the word “appointment” from your vocabulary when speaking with prospects. Salespeople and BDC Agents don’t schedule “Appointments,” they schedule “Priority Test Drives” and “Professional Appraisals.”

« Car Dealers: Stop Overthinking Your Website! It’s All About Conversion! » How America’s New Car Dealers Can Prepare for the Coming Autonomous Vehicle Disruption