Pigs get Fed and Hogs get Slaughtered

Pigs get Fed and Hogs get Slaughtered

I’ve written a few times about the adage ‘pigs get fed and hogs get slaughtered.’ The meaning (as it applies to business) is simply that it’s okay to make a profit, but when that profit is the result of price gouging and/or taking advantage of people, you’ll eventually lose in the end.

My in-laws were watching our house last week while we were on a cruise. Three days before our scheduled return, the main furnace quit working and the in-laws called one of the big-name repair companies in the area. 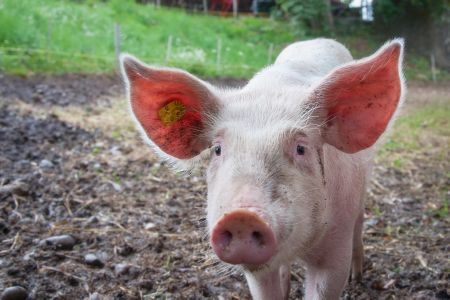 The big-name technician determined that the entire unit needed to be replaced ASAP and offered one $3,300 option. Take it or leave it.

My frantic in-laws reached us while we were in port in Mexico with the news. The big-name technician needed our okay and our credit card number to get started.

He and/or his company was being a hog. They knew the homeowners were away and that the in-laws were unlikely to shop this job around (it was four days before Christmas and the daytime temperatures were in the twenties).

No Thanks – Have a Nice Day

Faced with only one expensive choice and knowing absolutely nothing about the replacement unit offered (brand name, energy efficiency, etc.) we decided to pass. We told the big-name technician to have a nice day and instructed the in-laws to head to Walmart for a few space heaters that would hold them over until we returned.

Interestingly, had the big-name technician offered us options – a “good-better-best” scenario – we would most likely be enjoying our new furnace right now and I wouldn’t be writing this post. But, instead, he tried to be a hog about it… and hogs get slaughtered.

When we returned home, we arranged for three of big-name’s competitors to inspect the unit and give us recommendations the day after Christmas. Of the two companies who kept their appointments (one company never showed despite being the only one that offered online scheduling), the first to arrive told us (again) that the unit needed to be replaced, and their technician fully explained his six options for replacement.

Had we not already committed to having a technician from Comfort Heating and Air Conditioning also look at the furnace, we would’ve chosen one of the six options from this company (as one of their options was an extremely energy-efficient model from a well-known manufacturer priced more than $600 below the only option the big-name technician offered).

When the Comfort Air technician arrived, I was anxious to just get his quotes on a new unit, since I was pretty sure we were going to be buying from the other guy. I assumed he would take 10 minutes to look at the unit before coming upstairs to tell us that we needed to replace the furnace and then provide us with his couple of choices.

Instead, he took his time. I think he was at our home for about 45 minutes before he told me he thought he could repair the existing furnace. The part he thought was malfunctioning was one that almost never broke; so, it was a longshot, he explained. He just needed a little more time to test a few things.

Three hundred fifty-nine dollars later and I’m writing this post in our toasty-warm abode. No new furnace needed; all thanks to a well-meaning, honest and smart-as-heck technician who discovered a malfunctioning part that almost never malfunctions.

As I wrote in Sh*t Sandwich: Quick & Practical Success Lessons for Practically Anyone, the worst time to take advantage of someone is when you can. The big-name company clearly doesn’t understand this and, as a result, must continually seek new customers to fleece as they work overtime managing their terrible online reviews.

Comfort Air, on the other hand, has earned my trust, my business and a five-star Google review.