Carvana is Worth Every Bit of $2 Billion 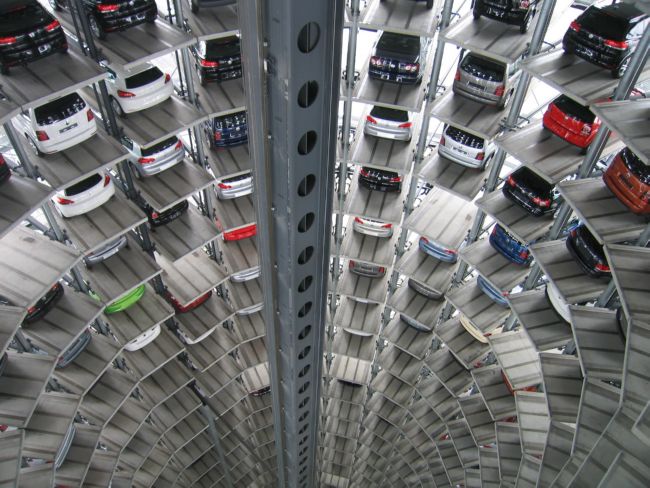 Carvana is Worth Every Bit of $2 Billion

I have to admit it, Carvana (NYSE: CVNA) has captured the imagination of Wall Street investors, the likes of which I haven’t seen since the early days of Pets.com. They are, in my opinion, clearly a $2 billion company. Unfortunately for those who remain in the stock, their current market cap is hovering close to $6.6 billion (as of yesterday’s $46.83 per share closing price).

I think this is what was once called “irrational exuberance.”

Carvana is currently priced more than three times higher than I think they’ll ever legitimately be worth (once their growth slows and their market cap is calculated like a traditional car dealer). Carvana is worth $2 billion; and my rationale for this valuation is simple: I like to use facts, data and math.

Carvana, no doubt, provides a better car-buying experience for those used car buyers who are willing to forego the test drive. Their processes are customer-friendly and their delivery (whether to your home or via one of their vending machines) is considered exceptionally better than the traditional way of buying used cars. They enjoy, in some markets, a price and convenience advantage.

Carvana has experienced exponential growth; though they’re far from “the Amazon of car dealers.” Amazon became Amazon not because they provided a better experience, but because they undercut your local stores on anything and everything… and they enjoyed the benefit of not having to charge a sales tax for years. Carvana cannot undercut your local car dealer and still justify high valuations, as the gross margins will suffer and the company desperately needs to conserve cash. Moreover, they must charge the same tax, title and license fees that every dealer in a respective market must charge.

Amazon was and is able to demand their suppliers provide them with wholesale pricing your local stores couldn’t and can’t touch. The same is not true for Carvana. Carvana is a used car dealer; though without a service drive or a new car department feeding them ready trade-ins to sell in their used car inventories. This means they must compete with traditional dealers at the auctions and operate buying centers to purchase from the public. Oh, and Carvana is unable to purchase the late-model, off-lease vehicles offered at the closed auctions held by the OEMs.

Finally, unlike Amazon’s customer base, the typical car buyer is not shopping at Carvana.com on a weekly or monthly basis. The average car buyer is holding on to their vehicles for an average of almost 80 months. Yes, that data includes new car buyers; but, even if we cut the number in half for used car buyers, we’re still talking more than 3 years, on average. There are probably no “Carvana Prime” memberships on the horizon.

This means Carvana must continue to advertise to attract new customers. Traditional dealers – especially those who’ve been in their markets for generations – have a clear advantage here. They already enjoy the name recognition that Carvana must achieve in every market if they expect to have a lasting impact.

Of course, the fact that any dealer in America can easily add an online buying application to their website and include this fact in their marketing means their path to these buyers is potentially easier than Carvana’s.

Carvana, as a single brand, does have one advertising advantage over local dealers (everyone except CarMax and AutoNation); they can buy cost-effective national spots that deliver their message to individual buyers in multiple markets.

According to a 2015 Edmunds study published in AdAge, 96% of Millennials surveyed said it’s important to test drive a vehicle before buying. Of course, Carvana might argue that the actual number is much lower than that… and it very well could be. In fact, the now-bankrupt Beepi (a peer-to-peer Carvana-like disruptor) published their own study in 2016 that indicated 42% of consumers were fine buying a car without a test drive, as long as there was some form of guarantee. (Source)

Carvana offers just such a guarantee… though this still means (if you believe the Beepi data) 58% of buyers will never consider them. This shrinks their addressable market just a tad. 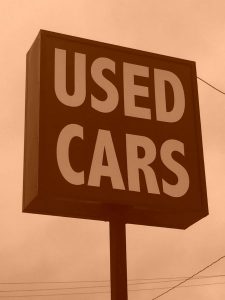 NADA data shows that the average franchised dealer earned a net profit of just $132 in 2015 on each used vehicle they retailed; and lost a net $2 per used vehicle retailed in 2017. (Source) This means margins (both gross and net) are tightening as the used car market becomes more competitive and efficient.

Margin compression on used cars hurts Carvana (and similar disruptors) more than it hurts traditional dealers because Carvana has costs dealers don’t have (or don’t have to have). For example, a traditional dealer can abandon much of their broadcast advertising in a flat market and still enjoy sales based on their location, their name, and by cost-effectively targeting their gigantic database of customers. Additionally, traditional dealers have always made the bulk of their profits in the service drive.

In my opinion, the data benefits the traditional dealers. They have too many options for leveraging their markets, their fixed operations and their customer databases to lose on these fronts to Carvana.

Let’s continue with the Group 1 comparison. Carvana is currently worth $70,200 for every vehicle they expect to sell this year. This, while their average selling price per vehicle retailed was just $18,092 in the first quarter this year. (Source)

Group 1, meanwhile, is valued at $8,130 for every vehicle they sold last year.

The math on this one hurts my head. Carvana would need to retail over 811,000 vehicles to justify their current market cap (if they were valued like a car dealer). Assuming they hit their 94,000 target this year, they would have to enjoy a sustained 100% YOY growth beyond 2021 to justify today’s market cap. (Of course, those buying the stock at the current price want to see a return, so the growth would actually need to be much faster than that.)


Regardless of how efficient their purchasing and reconditioning processes turn out to be, the net profit is just not there without other sources of income (like a traditional dealer’s fixed operations). For this bit of math, let’s double the NADA’s 2015 net profit numbers for Carvana and give them 100% growth for the next three years. This means in 2021, they would retail 752,000 units at a net profit of $264 per unit. That’s a very healthy $199 million in earnings… provided all the stars aligned for three years and they didn’t run out of cash before then.

Even if Carvana becomes profitable, there is a ceiling on their value because their potential marketplace is not unlimited. Moreover, selling 752,000 units in a year means they’d have to source 752,000 units in that year. They are not a factory, so there’s no assembly line to ramp up. Every vehicle they source is a vehicle that one of America’s 18,000 franchised dealerships would also like to have in their inventory. The competition would likely squeeze all remaining profit from these units.

The math advantage, though not looking good, could be Carvana’s if everything works out perfectly. Of course, even then my best-case earnings scenario for them barely justifies my own current $2 billion valuation.

In the face of traditional dealers moving toward a more customer-friendly selling model and leveraging their databases and service drives to sell previous customers before these customers catch new car fever, Carvana would have to deliver a price and convenience advantage forever to see growth in existing markets. Conversely, Amazon only had to dismantle a few industries with relatively small and/or inefficient players before they were able to raise their prices more in line with the competition. Gone are the days when Amazon is consistently undercutting your local Walmart, for example.

To be clear, I’ve made good money betting both for and against Carvana’s stock price. Currently, I’m shorting the stock, as I have confidence that their valuation is not only too high, it’s ready to settle somewhere near what they’re really worth. A couple billion dollars isn’t bad, of course, unless you bought the stock yesterday. At a $2 billion valuation, Carvana’s stock is worth somewhere in the $14-$15 per share range.

Certainly, Carvana could still be acquired… though with each billion in valuation, the chances of this diminish, in my opinion. I believe the music is going to stop at some point; and when it does, I don’t want to be the one without a chair… holding on to the stock.

Carvana is set to release their second quarter earnings after the market closes on August 8, 2018. Will this be the moment facts, data and math start to matter to the current shareholders? Who knows… though I’m betting it just might. 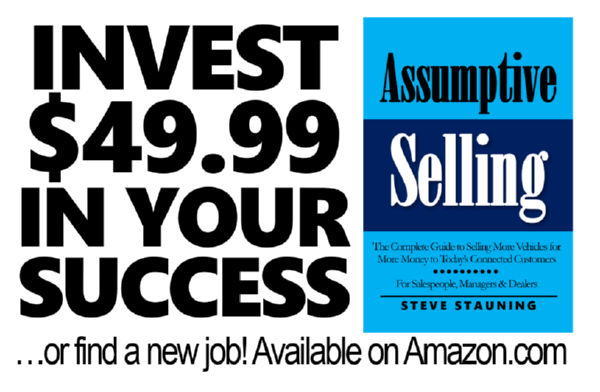 « The Best Car Selling Book Ever! » Advice for Green Peas: How to be Successful at Selling Cars