Power Off to Power On! 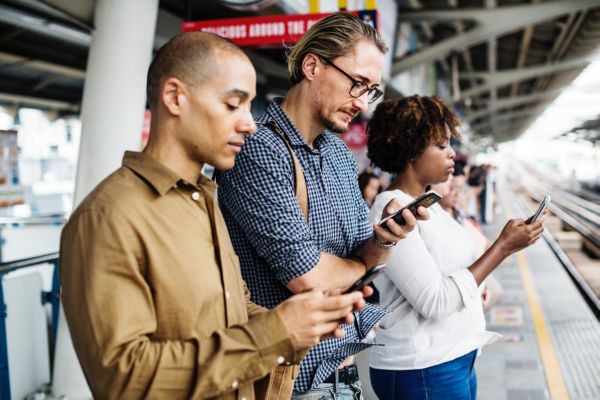 Power Off to Power On!

It’s time to bring innovation and creative brilliance back to your company!

(Yes, this article is long… and the fact that many will not be able to read it in its entirety in one sitting will precisely prove my point.)

You’d wake in the middle of the night and search for paper and pen to jot down something revolutionary.

You’d stop shampooing your hair and stare up at the shower wall with your fingers still touching your scalp as the warm water blasted your shoulders… just thinking; imagining; coming up with another brilliant idea.

You’d stop a colleague mid-sentence because something they just said inferred something different to you based on a snippet of an article you read three months ago and just now – at this instant – it all just jelled together into a cohesive idea; an idea that would become a true innovation for your company.

You Are Not Alone

Something strange is going on in your brain. You’re forgetting more stuff more often than ever before (you may even fear you have early onset Alzheimer’s). You’re struggling to read long articles like this one. You’re losing focus in the middle of important tasks. You’re having trouble writing anything beyond short emails or texts; and you can’t concentrate on any one topic for very long.

Strangely, you may even find yourself becoming agitated when you should be relaxing. 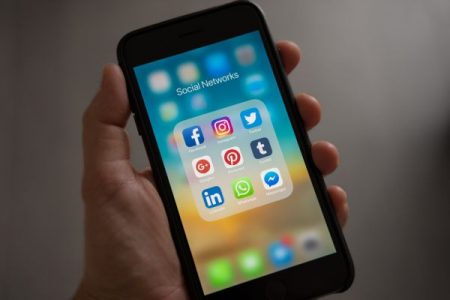 Given how much we celebrate and rely on these two innovations, it’s interesting that they’re basically responsible for killing your own ability to generate wonderful innovations.

The ability to think creatively is a trait, by the way, that we all possess to some degree. While we might be on different parts of a “creative thinking spectrum,” everyone with a brain has (or perhaps it’s better to say ‘had’) the ability to generate creative ideas. For some, the ideas were more than creative; they were innovative and brilliant.

If we plotted everyone’s aptitude for creative thinking on our creative thinking spectrum, it would certainly resemble a bell curve. That is, most of us would be in the middle, while Elon Musk would be to the far right and ______________ would be on the far left of the curve. (Fill in the blank with anyone you disagree with on a single topic. You see, this brain rewiring has also made many of us less tolerant of others, while simultaneously closing our minds to dissenting opinions or even facts.)

Had we plotted this same population pre-smartphone, the shape of the curve would be the same as it is today – it would just be further to the right. That is, the innovations that are rewiring our brains basically shifted the entire curve to the left. We are now (as a group) less creative; less innovative and less likely to conceive a truly brilliant thought.

Not to belittle genuine addictions that you likely see as much more dangerous than an addiction to smartphones, but smartphone usage is changing who we are in material ways that impact everything from relationships to creativity to cognitive abilities.

We’ve known for years that much of the desire to interact with others via technology (think texting and social media) is driven by dopamine in the brain; and that because of the way these applications work, we get caught in what’s been called a dopamine loop. (Source here.)

The scrolling, the swipes, the notifications, the clicks, the likes and the shares all impact your brain in ways that (like really anything) are wholly unhealthy in the extreme. And, when it comes to smartphones, everything seems to be extreme for most people.

But, I’m Not Addicted! 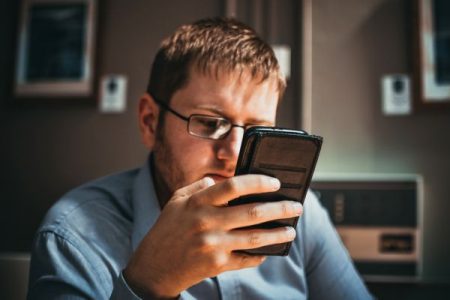 Great; quit; prove it. Beginning the minute you park at work tomorrow, turn off your smartphone and leave it in your car. Remove the urge to check it 40 times during your 8-hour shift.

“But, I need my phone for my work!” you’ll complain.

Great; let’s do this. Let’s reduce your smartphone’s capabilities while you’re at work to only those functions necessary for doing your job. This means no Candy Crush, no Facebook and no Snapchat. It means your smartphone becomes nothing more than a cell phone – capable of phone calls and text messaging… and nothing else.

This means simply turning off Wi-Fi and Cellular Data. These two little steps will disable all those brain-altering applications so that you can get some work done.

Only If You Can, Of Course

Researches at the University of Missouri found that being away from your smartphone “can have serious psychological and physiological effects … including poor performance on cognitive tests.”

Oops, sounds like the battle is real and your smartphone has already won.

Clearly, in order to cure yourself of your smartphone addiction, you might find it impossible to go cold turkey. That said, there could be no other way to return you to the creative, deep thinker you once were.

I Wrote a Book

I just finished a 140,000-word book called Assumptive Selling (available on Amazon). It’s a complete guide for car dealers and their sales teams on how to basically double their sales from their existing opportunities. I never would’ve been able to write it had I not removed Facebook, Instagram and LinkedIn from my smartphone about a month prior to starting my writing.

My brain needed rewiring, and removing these addictive applications did the trick. I think more clearly today, and the ideas flow more freely than they did in recent years. It only took a couple of weeks and I now sleep better at night, as well. (I also stopped leaving my phone by my bedside at nighttime.)

There is a fear among some that jettisoning addictive smartphone apps will leave you bored. Outstanding! That’s the idea! Those who succeed at anything seem to have a tolerance for boredom. Embrace it. 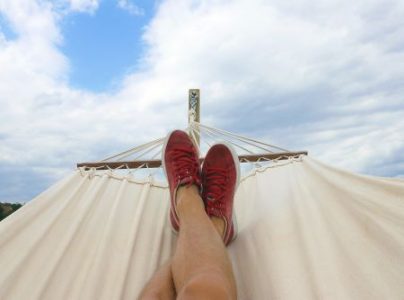 You believe you’re just filling your downtime with Facebook and Candy Crush; and that seems okay. However, most people who began using the Internet’s fun stuff (before the days of smartphones) to only fill their downtime, quickly found themselves checking stocks, reading news, connecting on MySpace or watching funny YouTube videos during what should’ve been their uptime.

Fill your downtime with nothing to reading. Fill your uptime with reading to producing.

It’s time to create a plan to Power Off so you can Power On.

Would you like to start dreaming up great ideas again? Are you interested to find out if you have a 140,000-word book inside of you just waiting to come out? Would you like your team at work to be more productive and more satisfied in everything they do? Develop and follow a five-day plan for you and those on your team to Power Off to Power On. Here’s mine:

Before heading to work, change your phone’s notifications. Ensure you only get interrupted by important activities (like an inbound call or text).

If you’re someone who sleeps with your phone within arm’s reach, you’ll want to move it into another room tonight. If your phone is also your alarm clock, then buy an alarm clock.

The desire to check your phone in the middle of the night is too great; and the need to begin separating from your phone is important. Starting with when you sleep will reduce the amount of separation anxiety that they discovered in the University of Missouri study. 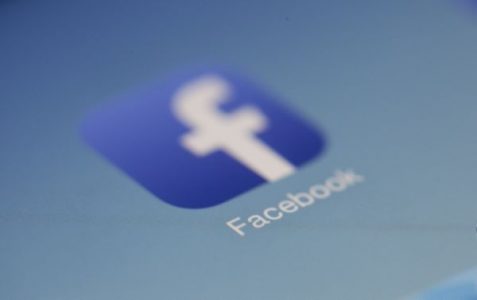 Remove some apps today. Start with the ones you find yourself checking the most, like Facebook and other social networks. Also, delete most of your games.

Games, for many people, are doing more to stifle true creativity than all the social networks combined; so, remove all of them except those with defined start and end times (like HQ Trivia) and true brain games (like Words With Friends – without notifications).

Choose conversations over emails or text today. Not meetings – unless they’re ad hoc and include just a few participants. Encourage water cooler and break room chatter that’s focused on solutions to an issue. Pick up and use only your landline phone today.

Also starting today, stop bringing your phone everywhere you go. Going to lunch or dinner with someone? Leave your phone in your car and dedicate all your attention to the person or people with whom you’re dining.

Feel like that’s too much? That you “need” your phone? No, you don’t. Unless you’re a doctor on-call, there is no text or phone call more important than the others at the table. (If there was, then skip the meal and wait by your phone.)

I remember a time when six people shared a single landline that rang a single phone on the wall of our kitchen. This was before anyone we knew had an answering machine, so we probably missed thousands of calls over the years. Exactly none of those missed calls, however, was important. (If it was, they would call back, right?)

Put your phone in Airplane Mode at work today. Not possible? Okay, then turn off your Wi-Fi and your Cellular Data. This will turn your smartphone into a dumb phone; one capable of primarily just calls and texts.

Also, start rewarding introverts at your work today – you’ll be shocked to learn that most of your fellow employees are introverts, but most companies only reward the extroverts. Spend time with and find ways to include the introverts in more of your company’s decision making.

Today is #CheckYourActionsDay. This means, any time you find yourself using your smartphone, check your actions to insure they match your intentions. Did you intend to take this action or that action? Did you intend to spend your lunch hour playing an online game or did you intend to read an industry magazine?

Ultimately, this all comes down to choice. You can choose to remain a zombie, or you can choose to rewire your brain by powering off those distractions that keep you from thinking, dreaming, contemplating, reading, writing, or just being bored. Despite the recent press around gaming addictions, I’m still not 100% sure that smartphone over-usage is an addiction in the clinical sense; though, like all addictions, this one needs a replacement. Of course, If you choose to jettison these brain-draining applications, virtually any replacement activity will be a worthwhile endeavor.

Here are a couple of other interesting studies on this topic that are worthy of a read: