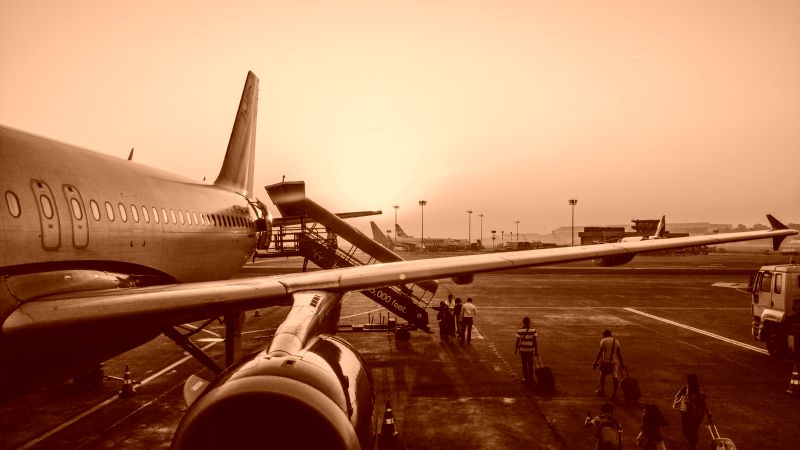 For context, I gave up Delta Diamond Medallion status a few years ago because I was tired of being treated like a king when I was lucky enough to receive an upgrade, while being treated worse than baggage when I was not. This was (and likely is) an issue main cabin flyers on Delta and the other big carriers routinely (in my experience) encounter.

As a business traveler, I craved a little less drama and a little more stability among travel experiences; so, I switched to Southwest Airlines and enjoyed a great experience on board every time.

That Was Then, This Is Now

More than 5 hours before my scheduled 6:10 AM departure from Spokane to Denver, I received an email from Southwest with this message:

“Southwest Airlines Flight 4305 on September 24 from GEG has been cancelled.”

Not “we moved you to another flight, please click to accept these changes;” just “cancelled… have a nice day and don’t let the door hit you in the ass on the way out.”

To be fair to Southwest, they reported to me later that the aircraft for the original flight was in maintenance and wouldn’t be repaired in time. Okay… that happens. It happens to Delta, too. “Safety First” should never be compromised.

But, in reality, Southwest didn’t even try.

There are two components to always providing a great customer experience. The first is to never have issues; and the second is to efficiently solve issues when you have them. That’s it. Like most everything in business, it’s pretty simple.

Companies like Chick-fil-A, Disney and Ritz-Carlton are famous for their great customer experiences largely because they almost never have issues. Southwest Airlines, like those three, also excels at avoiding issues. But… that’s where the similarity ends.

In the rare instance that you have an issue with Chick-fil-A or Disney or Ritz-Carlton, for example, they solve it. Moreover, they solve it to your satisfaction. As I wrote, that’s the second component to always providing a great customer experience; and, that’s where Southwest fails… miserably.

Delta Airlines, for reference, always seemed to have lots of avoidable issues; but they always excelled at solving these when they occurred. With today’s issue, Southwest didn’t even try. As I see it, they had at least four options open to them to make this a great customer experience for me and the other 100 or so flyers who had to scramble for alternates this morning.

Southwest was designed (literally from the ground up) to have the most flexible fleet in the airline business. All of their planes are 737s. This means they can seamlessly switch aircraft without having to change the pilots, the cabin crew, the gates, or the seating arrangements. This was a brilliant move by Southwest’s founder.

Given Southwest had more than 5 hours before the flight’s scheduled departure and multiple Southwest hubs closer than 5 hours away, they could have (and should have) moved a 737 to Spokane to accommodate their passengers. (Save your outrage you armchair pilots, contingency plans like this exist at all airlines.)

But… Southwest didn’t even try.

This is something Delta does routinely. Had this been a Delta flight that was cancelled, I would’ve received an email message similar to this:

“… cancelled. But, don’t worry, we’ve automatically rerouted you on the following flights …”

Southwest’s answer (when I asked) was to rebook me on the same flight tomorrow. For a leisure traveler, this would be an inconvenience. For a business traveler, this is simply not an option.

Oh, and before you argue that this was likely their only option at this point, let me show you what they could’ve done if they gave a crap. With just 2 minutes of searching, I cobbled together the following options that would’ve worked for me today:

Southwest, for whatever reason, won’t allow anyone to fly from Spokane to Philadelphia with these options. Their systems simply do not allow it.

This, of course, should not be my problem; but, because Southwest didn’t even try, it is my problem.

While neither of these options would have been as convenient as my original itinerary, allowing me to book one of these and offering some compensation (like a $200 travel voucher) would’ve satisfied me and kept me as a loyal flyer of Southwest Airlines.

Think about this for a moment. Southwest refunded my cancelled flight (about $280) and lost having my butt in a seat because I chose a Delta flight for today (that cost me $784 one way). Had they tried just a little, they could’ve kept me from flying a competiter and it would’ve cost them just $200. With this small gesture, they’d have kept me as a loyal customer (and made money!).

Of course… you already know… Southwest didn’t even try.

Option 3: Book the Passengers on Other Carriers

Southwest, as is their own option, has decided not to have any agreements in place with any other airlines. This means they will NEVER book you onto another carrier, even if it means keeping a customer for life.

So, of course, because their corporate policy forbids it, Southwest didn’t even try.

The least desirable option for both Southwest and me would be to compensate me for my travel expenses directly related to their non-weather-related cancellation. Not my first choice, though it would’ve kept me loyal to Southwest.

Within a few minutes of Southwest’s Twitter Help Desk confirming to me that they would not even try to satisfy their bumped customers, I was able to book on Delta. Albeit at $784 for a one-way ticket.

I’ll now arrive at my destination a couple of hours later than planned and at an additional cost of just over $500. Five hundred dollars that I will have to eat… because, you see, Southwest didn’t even try to help me cover the costs of the issue they caused.

Running an Airline Should Be Easy

Yes, planes are complicated, but running an airline should be easy if you break down the goals in a priority order… and then – this is the hard part – always live by them.

Clearly, the primary goal of any airline is safety. Without safety, none of the other goals matter. The secondary goals, in order, are:

As you know, Southwest didn’t even try… and with that, I’m back to not having a go-to airline. Too bad for Southwest Airlines, as they had a good run. They refused to even try to rebook me for today and they refused to offer any compensation.

This means, like I choose which hotel to stay at for a given business trip, I’ll choose the cheapest/most-convenient flights (regardless of airline) instead of defaulting to Southwest.

Southwest likely won’t care, but they’ll lose more than just most of my future flights, as I’ll also phase out my use of their Rapid Rewards Visa (no need to earn miles on an airline I’ll only occasionally fly). Of course, as Delta did when I gave up my Diamond status, Southwest Airlines will survive without me.

The sad part is they’d still have all of my business… if they’d just tried.

Southwest, as you know by now, didn’t even try.

Click this link if are you looking for the best free customer service training available online.