The Benefits of Social Selling for Car Dealers 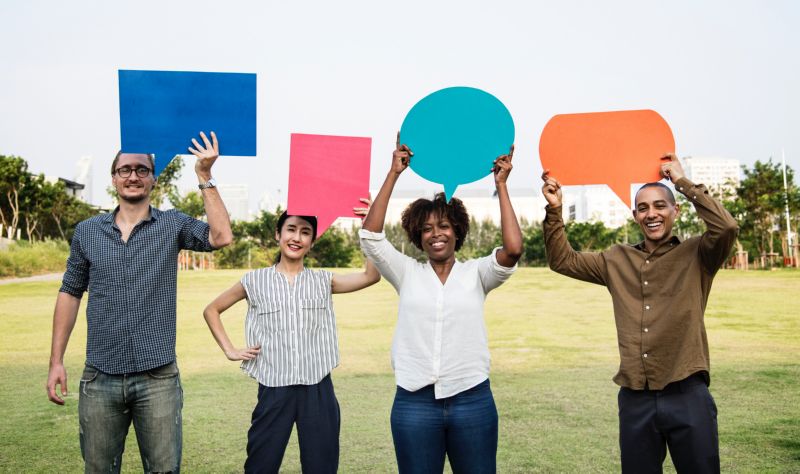 The Benefits of Social Selling for Car Dealers

Despite the results many dealers enjoy by encouraging social selling among their sales teams, many others are still unsure if they want to empower salespeople to leverage Facebook as a true sales driver.

Some, shockingly, still aren’t sure they want this kind of “behavior” on their dealership’s own Facebook page. They’re afraid it could make them appear unprofessional or create something they cannot control.

To those dealers fearful of revealing some authenticity in their social media posts, I say continue wasting thousands of dollars every month paying some third-party social media manager to post stale, uninteresting tripe on your behalf. Additionally, keep throwing even more money at relatively ineffective social media marketing. Facebook and your social media management company thank you.

What is Social Selling?

Social selling is not social media marketing (buying ads on Facebook) and it’s not really even social media management (which has devolved for most dealers into boring posts that receive no likes, shares or comments). Social selling is cultivating a true brand online – whether you’re a salesperson or an entire dealership. It’s also about making sure this brand delivers authentic content to your previous and potential customers; content, of course, they’ll engage with.

Do social selling correctly as a salesperson – like Joey Book of Lewis Automotive in Arkansas – and you’ll enjoy often being your store’s top seller. Do social selling correctly as a dealership – like Carter Chevrolet in Oklahoma – and your entire team comes across as human, while your dealership is seen as a trusted place to buy that next car or truck.

The Benefits of Real Social Selling

Everyone wants a friend in the car business. When those in your market see you in their Facebook news feeds, you become familiar to them. When they see you repeatedly and you’re being genuine, they begin to see you as a friend. Eventually – and without ever actually meeting you – they see you as their friend in the car business; the one person they’re going to call the next time they need a new vehicle.

Have you ever wondered why celebrities make millions endorsing products? It’s simple: their celebrity status earns them a degree of trust with their fan base. So long as they don’t break that trust, many of their fans will gladly purchase the products they recommend. They’ll buy them just because they feel they know these celebrities and they believe they can trust them.

The same is true for you on social media. The familiarity you gain creates a modicum of fame that can earn you trust from people you’ve never even met.

With real social selling, you get to decide exactly what your brand is and what it is not. Additionally, the more you repeat this brand message, the more it becomes a reality in the minds of prospects.

Carter Chevrolet has defined their brand as a group of honest, hardworking, yet fun guys just trying to sell a few cars. They’re community-minded and good people to know if you’re ever looking for a new vehicle. (At least that’s what their social posts are telling me about them. Your brand is exactly what you decide it is when you leverage real social selling.)

With social selling, you can create differentiation between your brand of Chevy Silverado and your competitors’ brands. The trust and familiarity you build separates you from the rest. You still need to be priced competitively, but you no longer have to offer the lowest price every time to win the deal.

Joey Book with Lewis Automotive is now a sales manager at the group’s Arkansas Ford dealership; though in his last twelve months as a salesperson, he reported that 80% of his deals were to people he met on Facebook. He did this, in part, because he used his Facebook posts to highlight the group’s $100 bird dog fee – generating referrals from those in his network who had a friend looking for a vehicle.

Just as running a great loss leader in the Saturday paper once drove ready buyers to your dealership, so does great social selling today. Whether you’re an individual salesperson creating your own brand on Facebook or the dealership’s social media manager building authentic content, the familiarity, trust and differentiation you’re creating puts you on the top of some car shoppers’ lists.

This means they’ll visit you first when they’re in the market for a vehicle. Giving you the first (and best) chance to sell them a vehicle.

Before people make a large purchase, most need to find three things. They need to find Value, Relevancy and Authenticity. Value – is it a good price for what I’m getting? Relevancy – does it fit my needs? Authenticity – do I like the seller, and can I trust them to stand behind the purchase?

Let me explain with an example outside of automotive.

Let’s say you need a big screen TV and you’re hoping to get something larger than 55” without breaking the bank. Walmart (as of this writing) has a 65” 4K Smart version for $598. That’s a great value, isn’t it? Also, 65” is relevant, because you’re looking for something big. Finally, you know that if the TV turns out to be junk, you can always take it back to Walmart. You trust Walmart; they’re authentic.

Contrast this to the same TV offered by an individual on Craigslist in a sketchy ad for $50 less. It’s a better value, right? It’s just as relevant (since it’s the same TV). However, it’s missing the authenticity. For most people, the price difference needs to be much greater than $50 before they’d consider giving up the authenticity they’d enjoy with a retail establishment.

With social selling, you create the authenticity in advance. This means – now pay attention – that when someone in your network decides they want a new vehicle, they often come to you first… before they spend hours shopping online. Before they find value and relevancy.

They come to you first because they trust you. You’re authentic. They want you to help them find the right vehicle (relevancy) at a good price (value). In essence, this turns the transaction upside down, and allows you to make better grosses (because you get to define what’s a good value) than you would if they came to your dealership the traditional way (after already finding value and relevancy).

If you’re a manager or owner and you’re spending any time at all trying to decide if social selling makes sense for your dealership (or especially for your individual sellers), the time has come to stop talking about it and start doing it.

The benefits are real… and they far outweigh the excuses!

To learn the right way to create and manage your brand on social media, check out my free 49-minute video: Real Social Selling.

If you want to learn real social selling and how to sell more vehicles for more money to today’s connected customers – I recommend you buy my book: Assumptive Selling. You’ll not only learn the “how to” for real social selling, but also how to overcome 65 different objections on the phone and on the lot – and so much more in this 400-page book.

« Delta Boarding Zones, Gate Crowding, and How the New, New, New Boarding Zones Might Be the Dumbest Alternative Yet » Keep Your Frickin’ Word! (A Quick Lesson for Salespeople)