The Best Car Salesman I Ever Met 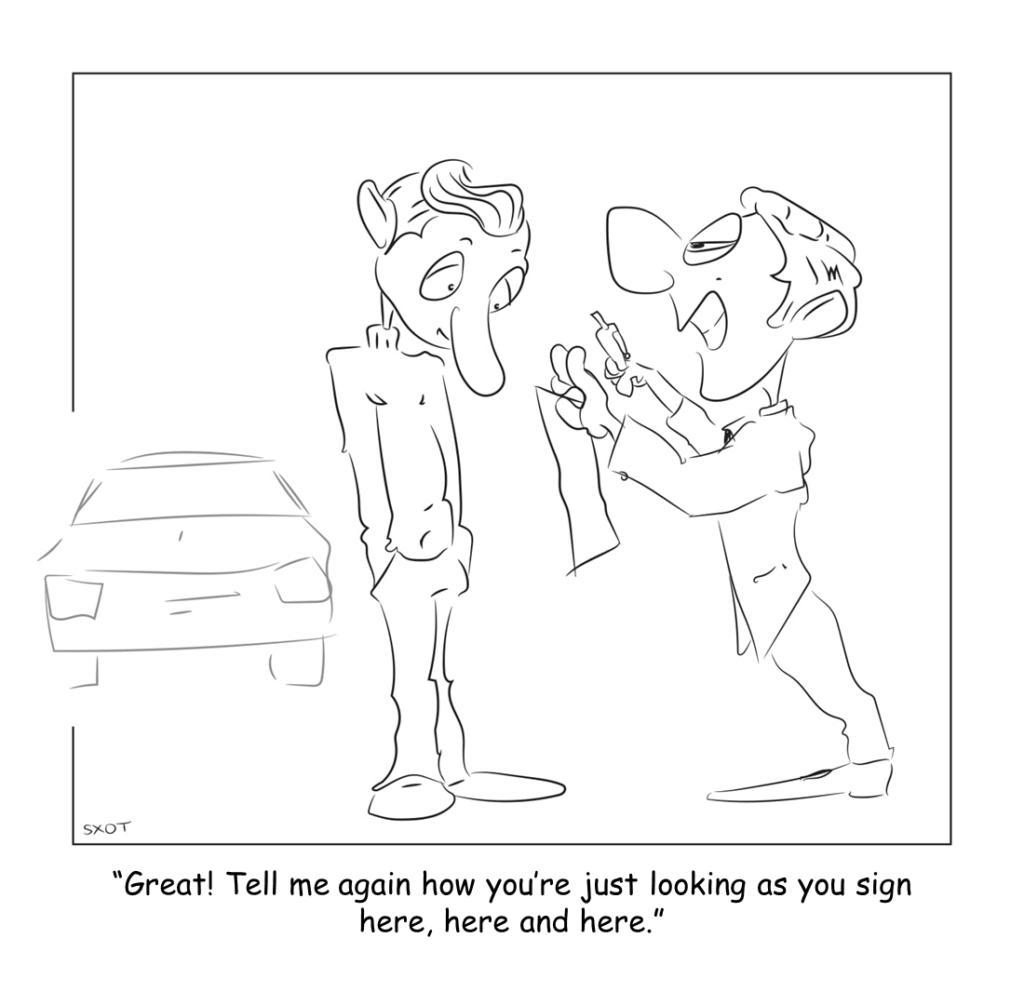 The Best Car Salesman I Ever Met

You might be shocked to know that despite years in the automotive industry, the very best car salesman (or saleswoman) I ever met had been in the business precisely six months before I met him.

It was 23 days into his seventh month in the business and he had nearly 30 vehicles sold. (This was already considered a great month, especially given that the average salesperson at his dealership had sold just seven units each by this date.)

Having worked alongside, trained, or been trained by so many great sales managers, I had to ask this twenty-something what was the one secret he could share with me that made him the best.

He smiled and replied, “I never listen to the customer.”

If you’re not in sales (or if you’re just not very good at it), then you’re probably aghast at his response. You’re thinking something like “How backwards is that! Never listening to the customer? People must hate dealing with him!” You’d be wrong on all counts.

This relative newbie ended that month with more than 30 units sold; and he did it without a customer database (he was still new, remember?); and he did it without taking a single inbound phone call. He only helped what are called “Ups” – people who walk on the lot with no prior conversations with the dealership.

At the time, the average dealer was closing about 20% of these Ups; but this kid closed over 50% of those he greeted since the day he started, because he never listened to a single one of them.

Don’t get me wrong, he heard everything they said, he just didn’t listen to them.

The customer would say, “We’re just looking today; we’re not ready to buy.”

He would reply, “Excellent, I definitely don’t want you to buy until you have all the information. By the way, when you are ready to buy, do you plan on trading in your Taurus?” (He was referring to the vehicle they just exited, of course.)

Most customers reply with something intended to get rid of the salesperson like, “We’re just gathering information today. If we need anything, we’ll let you know. Can I get your card?”

While most would give up here, he would reply, “Absolutely. Let me also give you a firm written offer on your Taurus so that you can have those numbers when you’re ready to make a decision.” (Whatever they then replied, he would continue not listening while taking them down his road-to-the-sale until more than half of them drove away in their new cars.)

He earned the highest grosses and the best CSI in the store. Customers loved that he took charge and helped them buy a car. They never felt sold; that’s what made him the best ever.

« Sales: It Ain’t Personal » Salespeople Know When You Lie