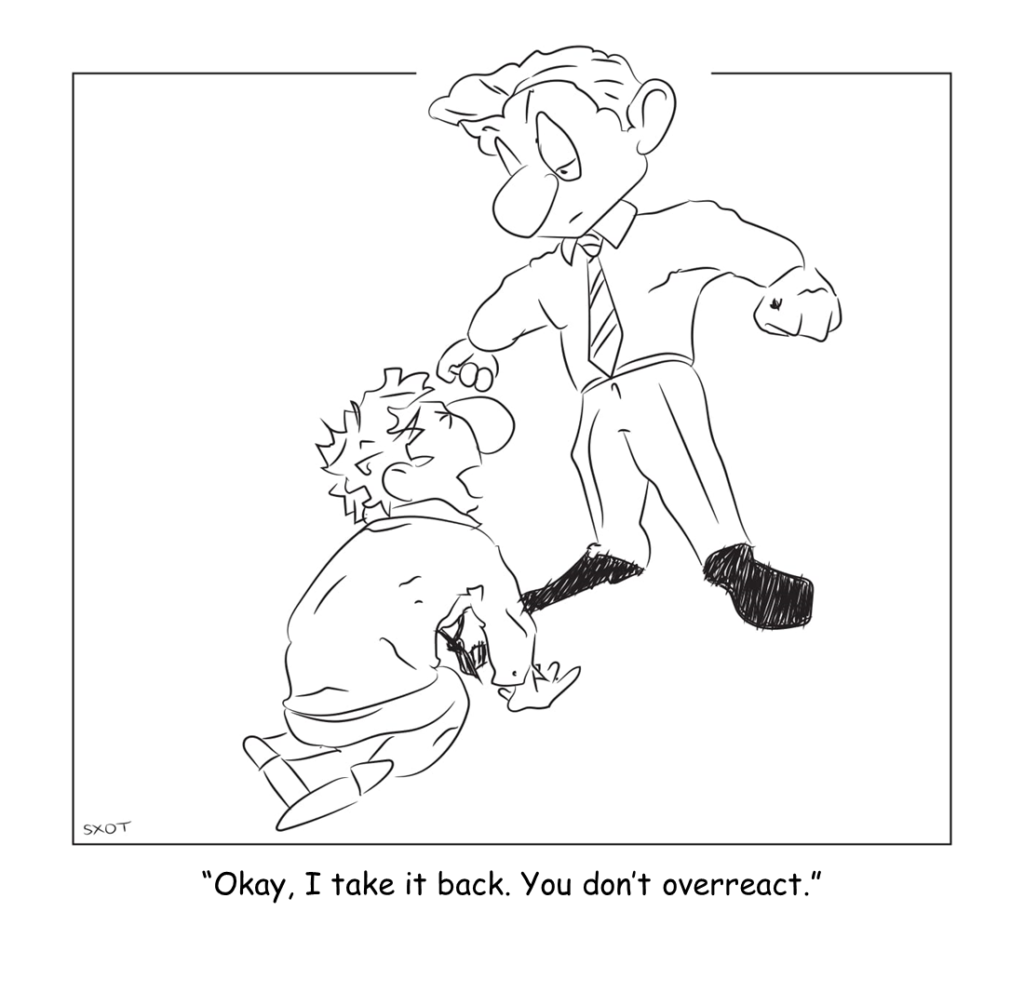 I first heard this idea as a quote that went something like “Adversity eats false calm for lunch.” The idea being that while some people can “fake it until they make it,” speed bumps and road blocks can inevitably derail the best intentions.

Along these same lines is something Mike Tyson is credited with saying: “Everyone has a plan; until they get punched in the mouth.”

For me, it boils down to a simple fact of life: “Adversity trumps fake anything.” An example of this would be when someone you normally look to for strength (at work or in your personal life) loses their freaking mind as a near catastrophe strikes. While we appreciate them for their calm demeanor in most normal situations, we are taken aback by their complete loss of control over what might be just an inconvenience to some. Begging the question: Which one is the real them?

But Steve, earlier you told us that acting one way on the outside would eventually change who we are on the inside. Are you now contradicting that?

Nope, not in the slightest. You can, for example, project happiness and joy until you finally begin to feel these on the inside. You can radiate graciousness to someone you dislike on the inside; and eventually your insides will catch up with your outside.

But, your desire for these outcomes must be genuine, and you must plan for speed bumps in this road to contentment. Just acting happy on the outside is plenty… if no one attempts to derail your plans. However, if adversity strikes, it trumps fake anything.

Solve your contradictions; plan for the speed bumps; be ready for those who don’t want you to be happy; and know how you will react in almost any situation by playing it out in your head in advance.

And, if someone knocks you off your path momentarily with something you did not prepare for, dust yourself off, realize they are the one with the problem, and move forward with your plans.

Adversity happens, but its sting is meaningless to those with a genuine plan and real goals.

« Treat Everyone Like a Child » The “Show Me” Leader