Colossal Failures Are Your Friend

…if you want colossal success 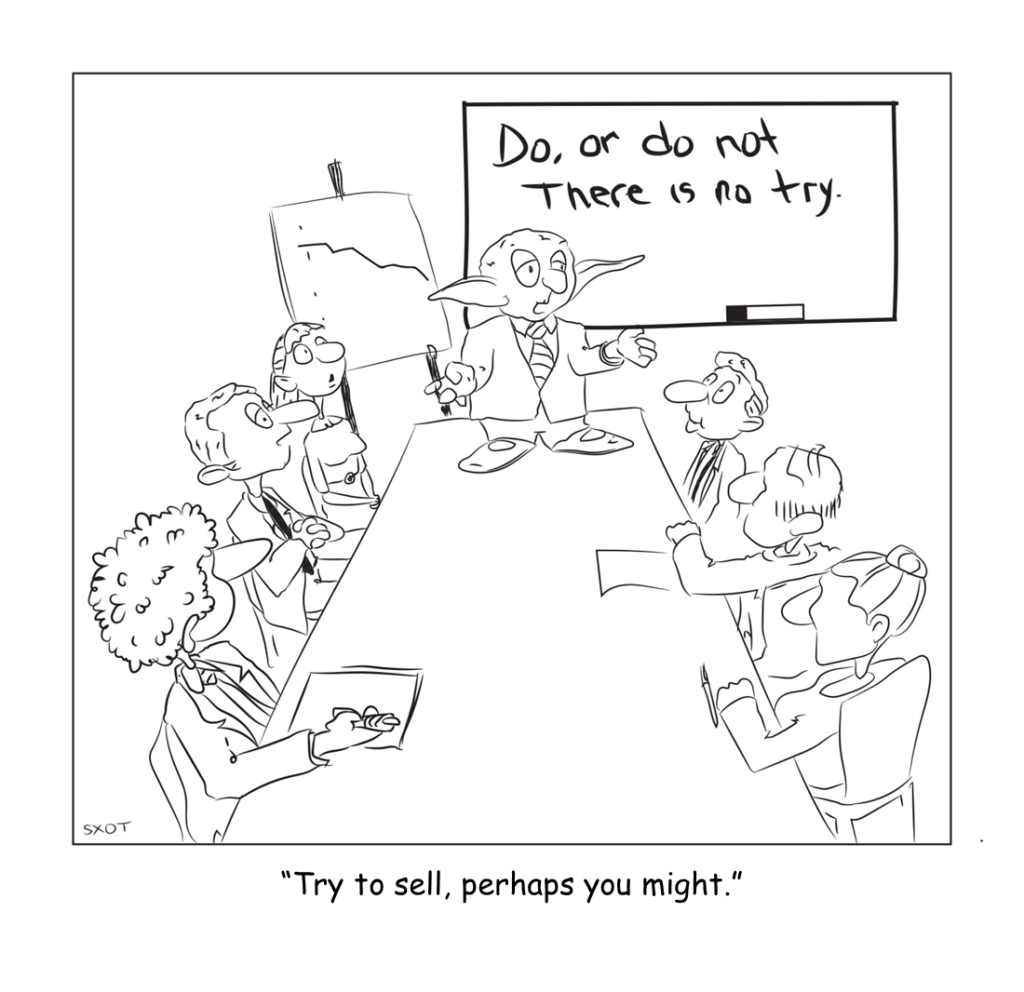 Colossal Failures Are Your Friend

I’m pretty sure Yoda would make a terrible boss.

If these words came out of your manager’s mouth you’d be thinking, “What an asshole!”

They didn’t, however, allow these failures to keep them down. On the contrary, they learned from their failures and even celebrated the colossal ones. Their mantra to themselves and to their teams is that you should embrace failures – especially colossal ones – because without colossal failures you cannot expect to have colossal successes.

You, your managers and the top executives at your company need to embrace and celebrate the most gigantic of disasters (so long as these occurred honestly and while someone was trying to reach a common goal), instead of shunning the risk-takers and lamenting the failure.

Changing careers, building a new business, or growing an existing one in the new economy requires innovation. Trying new things inevitably creates failures; but if you give up on the first failure or the tenth failure or the one-hundredth failure, you’ll be missing out on the colossal successes that await you the next time you try.

Abraham Lincoln was famously defeated in his run for the U.S. Senate exactly two years before he was elected President of the United States. Given that senators serve six-year terms, it’s probable that Lincoln would never have been elected president had he won that 1858 election – because he likely wouldn’t have run in 1860, and may have become comfortable serving in the senate. Lincoln’s utter failure in 1858, it could be said, is what gave America one of its greatest and most-loved leaders of all time. His colossal failure led to a colossal success.

Your goal for the rest of today, this week, this month and this year is to accumulate as many honest failures as possible – and celebrate each and every one of them.

Failure, we know, is a natural outcome of trying. And despite what Yoda thinks, trying is an important part of success. If Yoda wanted to be a better business leader, his quote should be something more along the lines of:

« Your Circle of Happiness » Be Nice