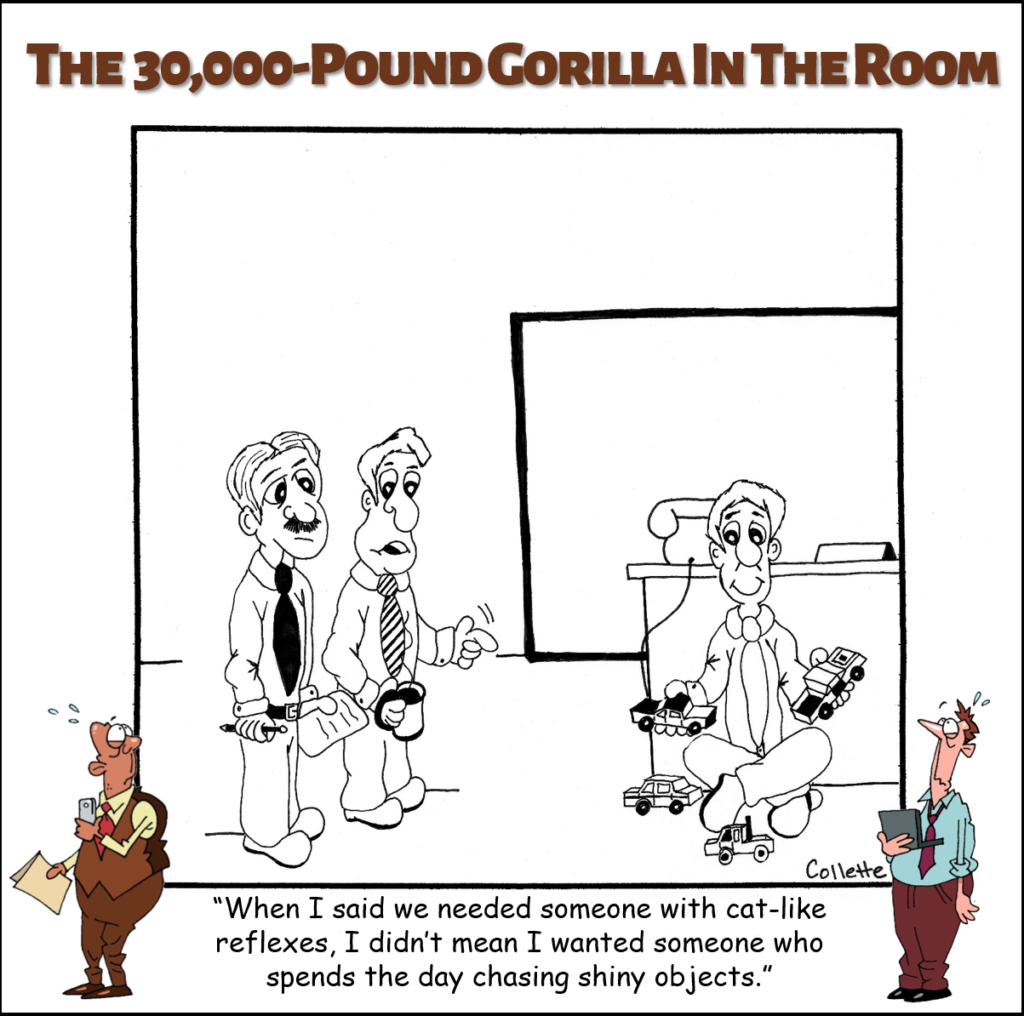 (Chasing Shiny Objects is an annoying business term and is just one of the 212 Most Annoying Business Phrases Managers Effuse, Confuse, and Overuse detailed in the hilarious must-have guide for every workplace: The 30,000-Pound Gorilla in the Room. Available right now on Amazon.)

We’ll admit it. Steve has overused this phrase from time to time. In his defense, of course, he felt chasing shiny objects best described what he was trying to convey at the time.

That’s the problem with every phrase in this book: the user believes their use of an annoying cliché is justified. Moreover, they don’t believe the phrases they use to be annoying; just descriptive and necessary.

Often, they’re neither… and Steve can now admit this. You see, he is a recovering cliché-aholic.

Chasing shiny objects is most often meant as an insult to describe the efforts of some entity that doesn’t understand what drives growth in their industry. They are said to be chasing shiny objects (instead of focusing on the important, often boring tasks and solutions).

Many people in consumer-facing industries saw good examples of this during the Pokémon Go craze of 2016-2017. We witnessed car dealerships, realtors, and even plumbing companies devising strategies, expending labor, and spending real money trying to lure their share of Pokémon Go players (heads buried in their phones) to their establishments.

Guess what? For many of these companies it worked! Some businesses were mobbed by hordes of zombies throwing imaginary Poké Balls as they attempted to catch some elusive (and valuable?) Pokémon.

If you owned a restaurant, café or bar, this might have been a good strategy. If you’re a car dealer, real estate agent, or plumber, you saw your parking lot crowded with Millennials who bought nothing; though likely cost you business simply by taking up space.