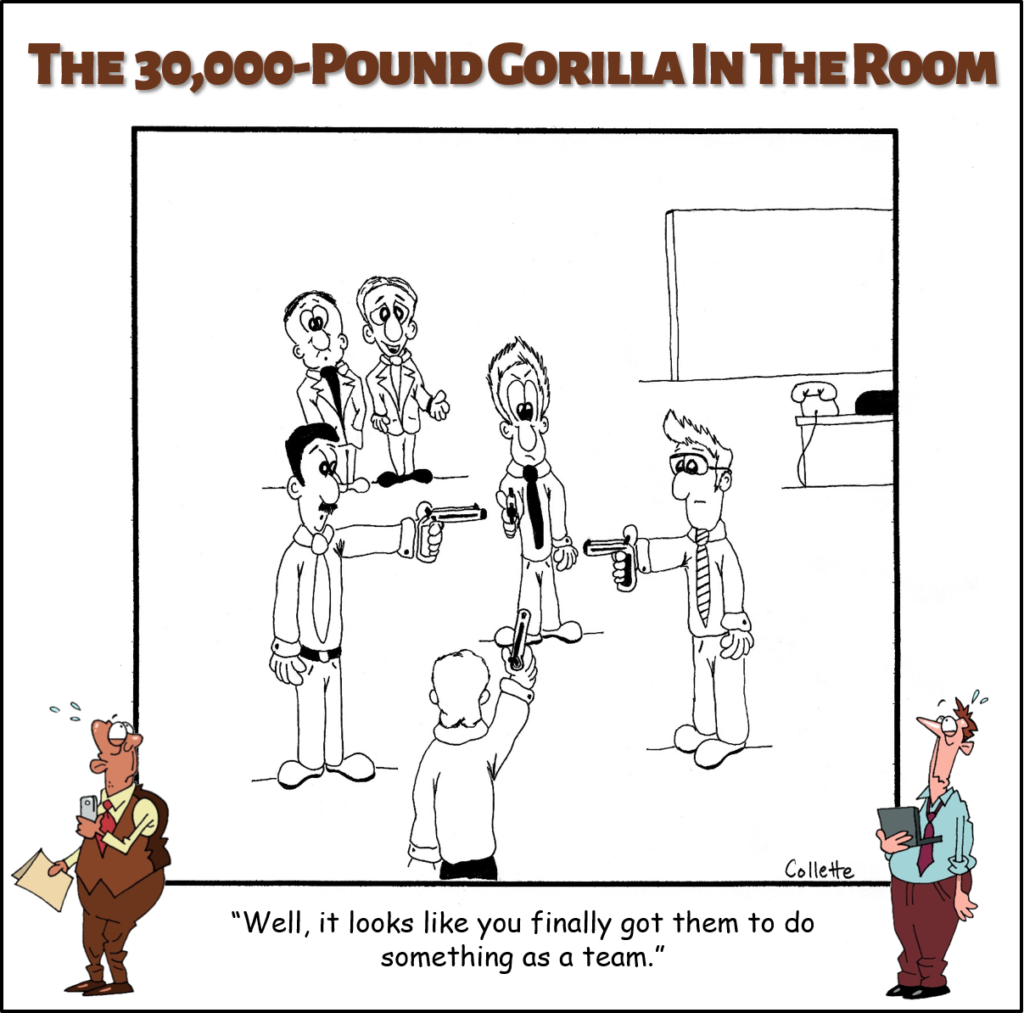 (Circular Firing Squad is an annoying business term and is just one of the 212 Most Annoying Business Phrases Managers Effuse, Confuse, and Overuse detailed in the hilarious must-have guide for every workplace: The 30,000-Pound Gorilla in the Room. Available right now on Amazon.)

The ultimate in self-destruction by a group, a circular firing squad indicates a situation where everyone (who should be aligned) is firing at their comrades.

More specifically, they’re engaging in infighting and other internal disputes; while the goal should be to direct their destruction at the enemy – that is, the competition.

To be clear, we’ve experienced our share of team dissention, but never thought of describing it as a circular firing squad. Those who use this term are prone to hyperbole, and likely should simply stop reaching for clichés and euphemisms, and just tell us what the hell they’re really trying to say.

Over-using circular firing squad, not surprisingly, has a clear correlation to inferior leadership.

Those who reach for this term demonstrate to the rest of us they’re not very good at managing people. Whether there truly is team-wide dissention of they’re just trying to get two of their subordinates to come together on an issue,  a real leader would handle the dispute without the need to label it with a cliché.

Moreover, a real leader wouldn’t have these issues in the first place.