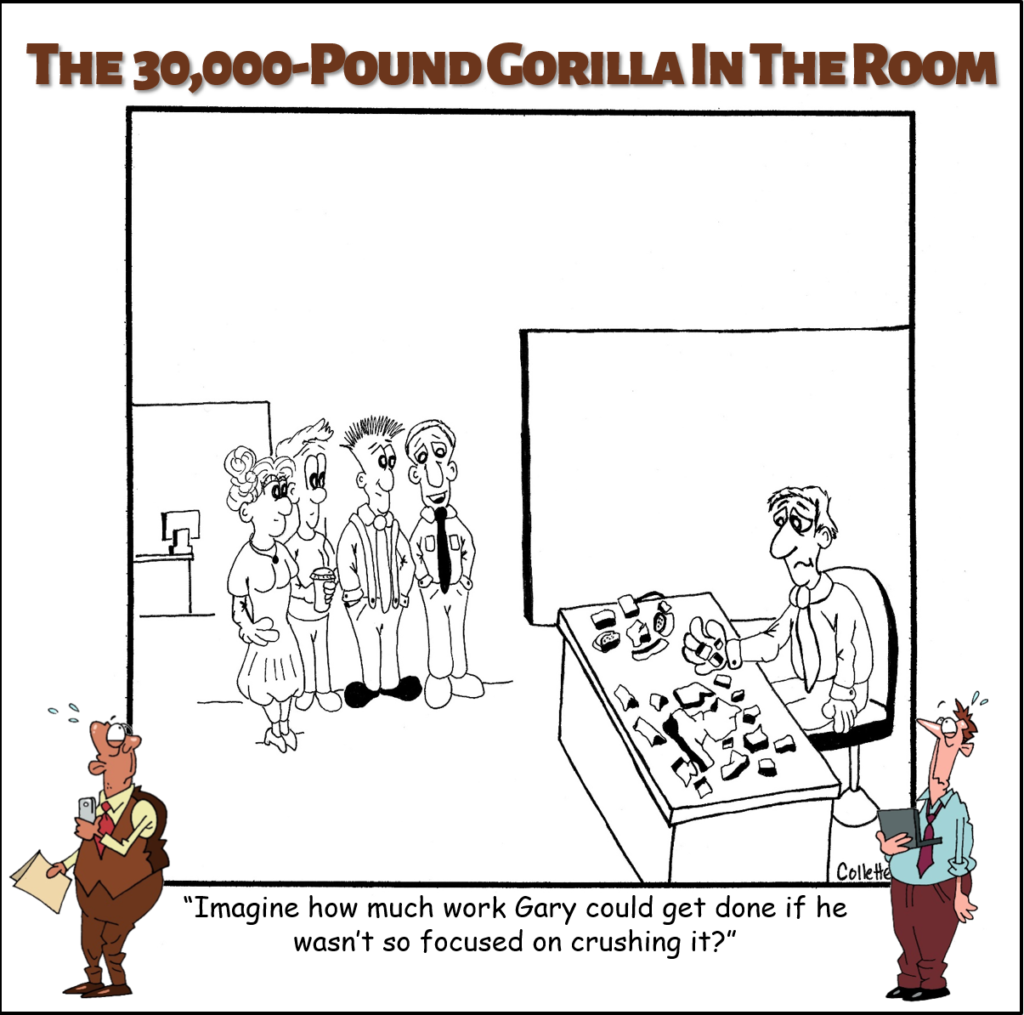 (Crushing It is an annoying business term and is just one of the 212 Most Annoying Business Phrases Managers Effuse, Confuse, and Overuse detailed in the hilarious must-have guide for every workplace: The 30,000-Pound Gorilla in the Room. Available right now on Amazon.)

Yes, this is the title of a best-selling book. Of course, that doesn’t mean it’s not annoying or misused by your managers and peers. (And yes, it’s actually a bit annoying as a book title, but then Steve titled his first book Sh*t Sandwich, so who are we to judge?)

Uttered by the ultrapreneurs (entrepreneurs who are really, really, really entrepreneurs) in your life, crushing it signifies more than merely reaching your goals or even winning. Crushing it is the embodiment of totally dominating every ion opposed to your success and overcoming the greatest adversity one human being has ever endured.

Those who are crushing it liken their struggle to that of Viktor Frankl or a Marine charging a heavily-fortified enemy artillery position with only his M16. Their seemingly never-ending journey – as they crush every potential speed bump on their road to success – is more important than the goal.

In fact, they prove this by keeping the rest of us abreast of everything they crush along the way. They tell us how they wake up fighting as they “rise and grind” every morning. God forbid they’re slow to rise or need an extra long shower to get moving – that would be, well, not crushing it.

Those who are crushing it employ social media and blogs to chronicle their battle against their powerful archenemies; fighting such mighty foes as mediocrity, average, leisure, and the dreaded satisfaction. Those who are truly crushing it will tell you with delight that they are never satisfied. Satisfaction, you see, if for the weak.

Replacement phrases: No replacement; just stop saying it, and especially stop writing it. The normal humans in your life are laughing at you.

« Cross the T’s and Dot the I’s » Currently Now