Dog in this Fight 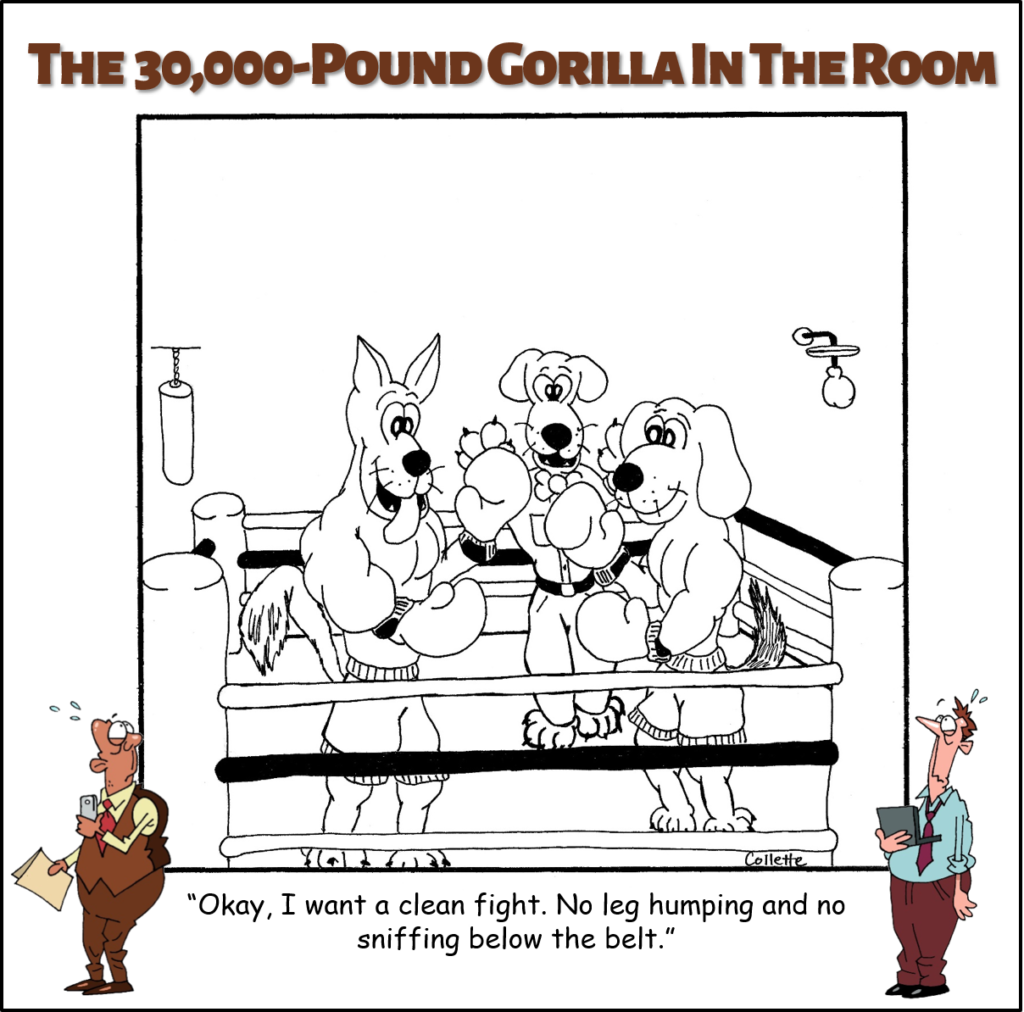 (Dog in this Fight is an annoying business term and is just one of the 212 Most Annoying Business Phrases Managers Effuse, Confuse, and Overuse detailed in the hilarious must-have guide for every workplace: The 30,000-Pound Gorilla in the Room. Available right now on Amazon.)

Dog in this Fight

From the Southern United States comes this annoying idiom that means nothing more than whether you care about the outcome of some event.

So, you ask, why not just say that?

Because that would be too easy. Instead, we suppose managers want to sound hip or cool by regurgitating some old southern slang. Of course, telling someone about your dog in this fight just makes you sound like a Redneck – certainly not what you were hoping for.

Moreover, dog in this fight is a reference to illegal dog fighting. You know, that back-alley activity supported by those with no conscience or morals that will get you booted off an NFL team and sent to federal prison for 21 months?

To make this annoying phrase even worse (or better, depending on how you look at it), many managers will misuse the term and tell you they don’t have a “dog in this hunt” or a “dog in this race.”

We guess these are better, since they don’t conjure up images of dead canine companions.

See also: Skin in the Game

« Do a Deep Dive » Double-Edged Sword