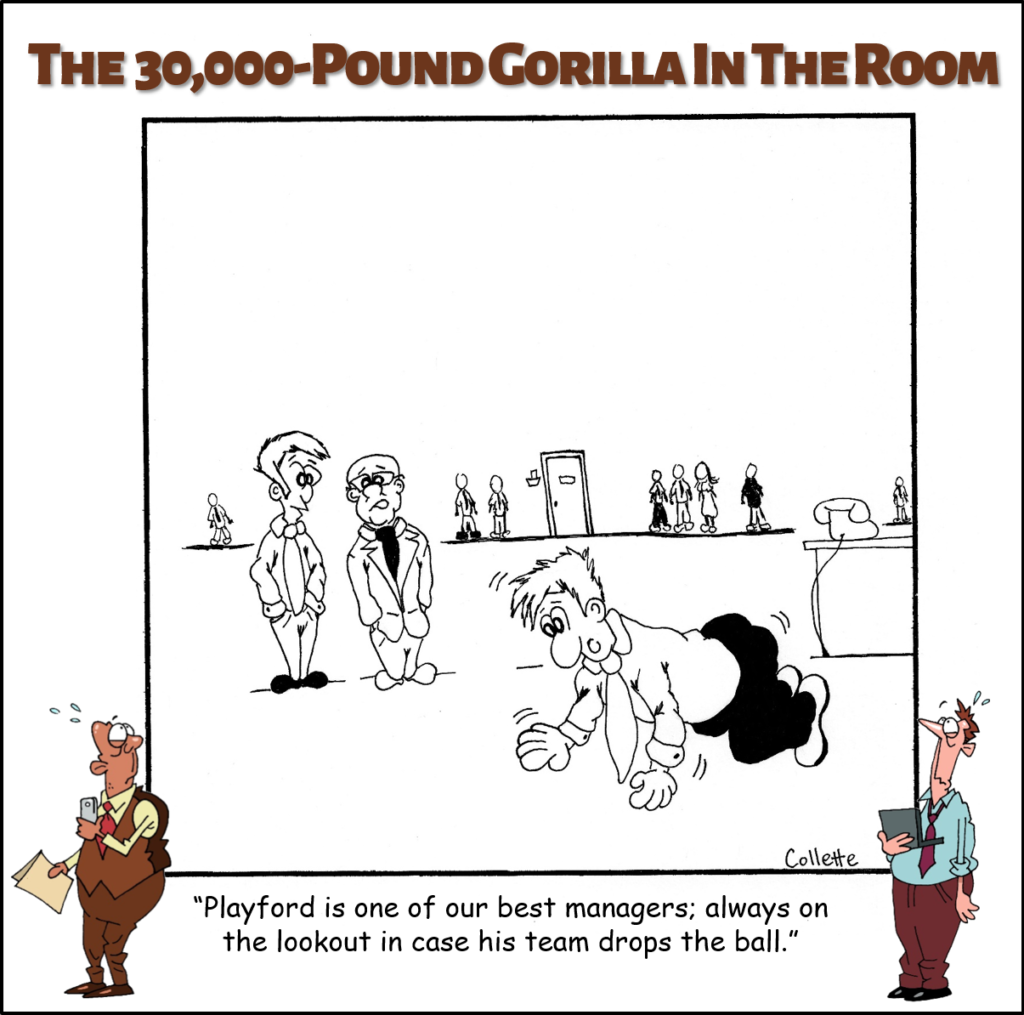 (Drop the Ball is an annoying business term and is just one of the 212 Most Annoying Business Phrases Managers Effuse, Confuse, and Overuse detailed in the hilarious must-have guide for every workplace: The 30,000-Pound Gorilla in the Room. Available right now on Amazon.)

As demonstrated throughout this book, sports idioms are the most overused annoying things managers say.

When sports terms are a bit obscure and not overused – like hat trick, for example – these sayings can have both meaning and impact. In automotive retail, selling three cars in a single day is often referred to as a hat trick. This is a hockey term (at least as far as those of us in the US are concerned) meaning three goals in a game scored by a single player.

This is an appropriate use of a sports metaphor that doesn’t come off as pompous or annoying. It’s also not a misuse – while, for example, trifecta would be in these instances. (A trifecta refers to a bet where the bettor correctly picks the first three finishers in a race in order.)

Drop the ball, unfortunately, doesn’t share the same novelty (or forgiveness) for using a sports term in business as hat trick.

It’s annoying on the surface because it usually indicates someone failed or otherwise made an error. It’s also annoying (like most of the phrases in this book) in its overuse. Moreover, it’s annoying in its overly-broad meaning.

We’ve heard drop the ball used by the same manager to cover everything from screwing up a major proposal to someone forgetting to make the coffee in the morning. It can’t mean both things, right? One is clearly a more egregious blunder than the other, correct?

After all, it’s unforgivable to forget to make the coffee.