Good with a Hammer (So… Everything is a Nail) 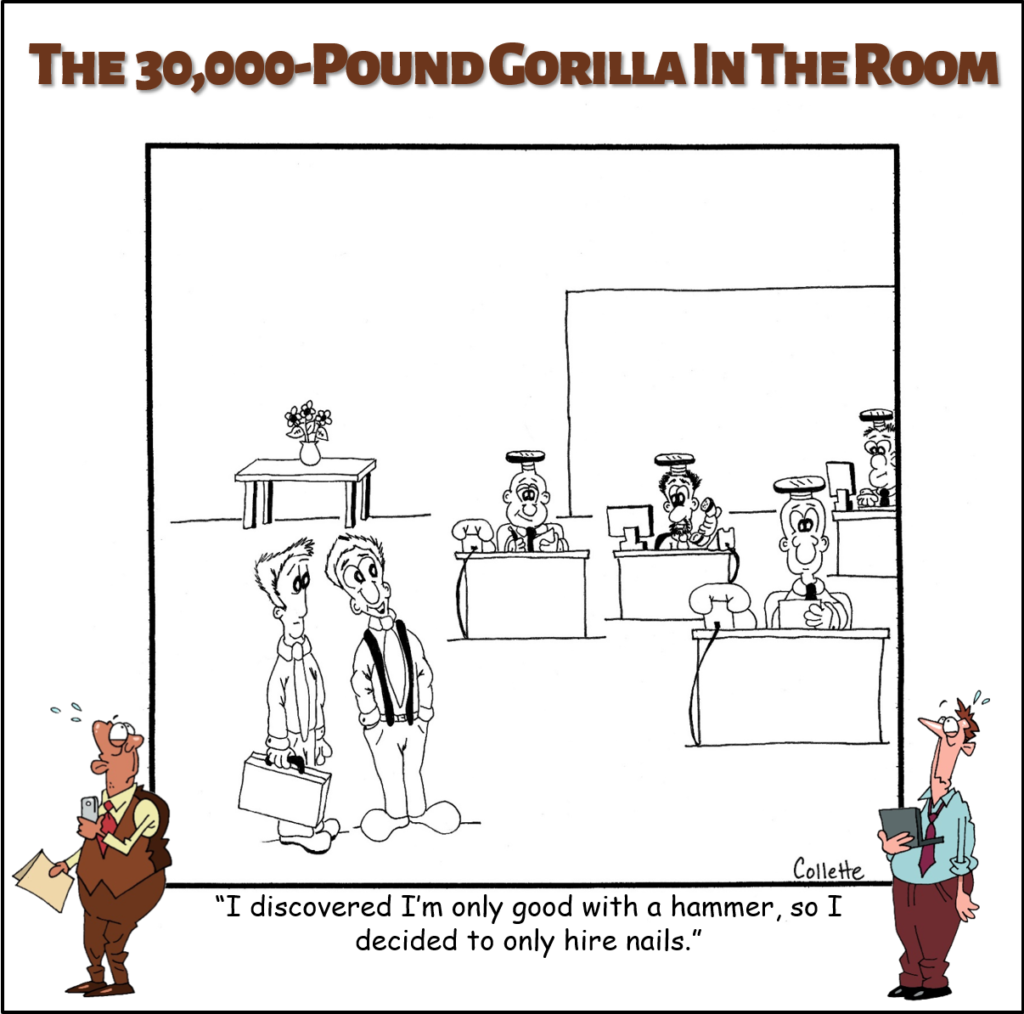 (Good with a Hammer is an annoying business term and is just one of the 212 Most Annoying Business Phrases Managers Effuse, Confuse, and Overuse detailed in the hilarious must-have guide for every workplace: The 30,000-Pound Gorilla in the Room. Available right now on Amazon.)

Good with a Hammer (So… Everything is a Nail)

He’s good with a hammer so he thinks everything is a nail is an insult. An insult, like most blatant insults, that is never uttered directly to the person being insulted. This one is delivered by arrogant managers and know-it-all employees behind someone’s back.

Managers most often use it to describe a highly-competent direct report or peer who they feel is a likely threat to their leadership. While they begrudgingly recognize the insultee’s most pronounced strength (good with a hammer), they claim this is actually a hindrance given the insultee’s tunnel vision or lack of awareness (so he thinks everything is a nail).

When used by an employee to describe a boss, they’re generally not referring to a strength but rather the singular focus/tactic/strategy how the boss believes he or she will get results. It’s an insult of the highest order… and it’s annoying in its own lack of awareness.

While we’ve both worked with more than a few managers who lacked some vision, we’ve worked with darn few who were so focused on one way of doing things as to believe it was the only way.

If you believe someone is really just good with a hammer so he thinks everything is a nail, perhaps you should open your own mind just a tad. Maybe, just maybe, this one is a nail. Or, more likely, perchance the insultee in this case has a few more talents you’ll discover if you just try.

If this is you, your obsession with this phrase (as with all clichés) should trouble you. It certainly troubles the rest of us.

Replacement phrases: No replacement needed; just stop saying it. Additionally, you could go one step further. You could find a second talent of this person who’s so good with a hammer.

See also: Jack of All Trades, Master of None