If It Ain’t Broke, Don’t Fix It 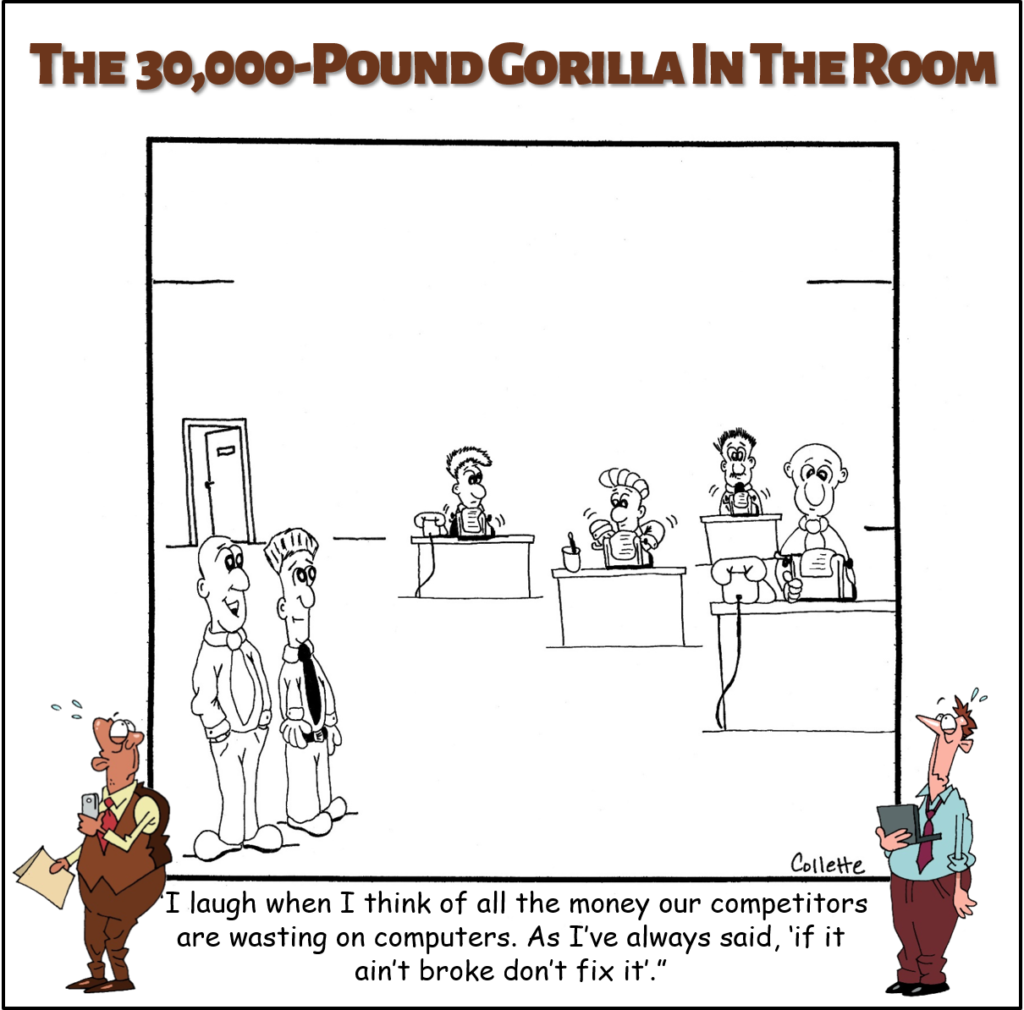 (If It Ain’t Broke Don’t Fix It is an annoying business term and is just one of the 212 Most Annoying Business Phrases Managers Effuse, Confuse, and Overuse detailed in the hilarious must-have guide for every workplace: The 30,000-Pound Gorilla in the Room. Available right now on Amazon.)

If It Ain’t Broke, Don’t Fix It

Sound advice, we suppose. Unless, of course, if by “fix” we simply mean improve.

No offense, but if you’ve heard your annoying manager utter this more than once, we’re going to peg his or her age at 60+… maybe pushing 70.

Are we stereotyping? Yep. Are we wrong? Nope.

If it ain’t broke don’t fix it screams both “I’m old” and “I have a crippling fear of change… any change… especially improvements.”

Fear of change is a debilitating issue for any manager; and it can spell doom for your company if these managers are near the top of the organizational chart. Believing that if it an’t broke don’t fix it means we’re not going to even think about improvements, tweaks, alternatives, etc. until we can declare something is broken. The problem for business, of course, is by the time something is indeed broken, it’s often too late to fix.

Instead of poo-pooing change, your annoying manager should embrace it.

Certainly, he’ll also want to improve his vocabulary to include more than just those three or four phrases his grandfather overused (and that he can’t stop using today).

Unfortunately for you, if this describes your manager, and you dared suggest he open his mind a tad while also bringing his vocabulary into the 21st century, he’s likely to respond, “If it ain’t broke don’t fix it.”

Replacement phrases: No replacement needed; uttering this makes you sound like an annoying old fart.