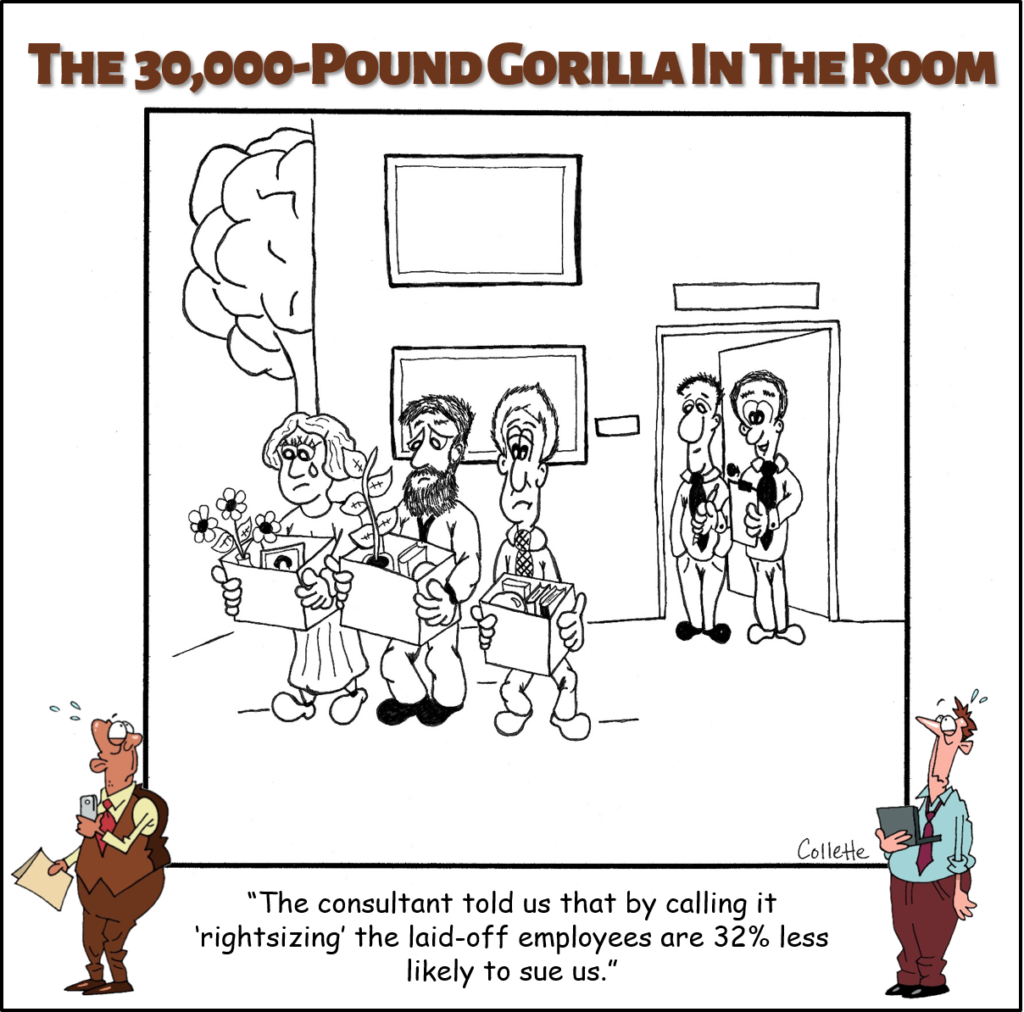 (Rightsizing is an annoying business term and is just one of the 212 Most Annoying Business Phrases Managers Effuse, Confuse, and Overuse detailed in the hilarious must-have guide for every workplace: The 30,000-Pound Gorilla in the Room. Available right now on Amazon.)

This irritating, politically-correct term for “cutting expenses” vaulted into the vernacular during the 2007-2008 recession.

Because so many businesses were forced to make tough decisions, and those decisions most often included expense reductions and layoffs, annoying executives who cowardly felt uneasy using real-world terminology to describe their actions took the weakling’s way out and declared they were rightsizing their organizations.

Of course, if it were truly rightsizing, they’d be doing it during good times too, wouldn’t they? In fact, rightsizing would be a constant activity.

Rightsizing, by the way, is really a euphemism of a euphemism. Downsizing, the original euphemism for layoffs, morphed into rightsizing to make it easier for those not being rightsized right out of a job sleep better at night.

We hope they forever have nightmares.