Appointments Are The Only Thing

One of the great things about what I do is that I get to speak to a lot of dealer groups. It’s something I really enjoy doing; but more than that, it’s something I feel needs to be done. I believe an educated dealer is a successful dealer; and there is just so much misinformation surrounding internet sales and digital marketing that dealer principals are often making bad (and costly) decisions based on nothing more than fantasy and fabrication.

Whether addressing a twenty group, consulting with an OEM or working with an individual dealer, the question of internet team structure always seems to come up: “What’s the best structure for my internet sales? Is it a BDC, end-to-end or should I just divide the leads among my sales team?”

Several years ago, my answer would have been “Any structure is the best one, so long as it has the buy-in from you and your management team.” 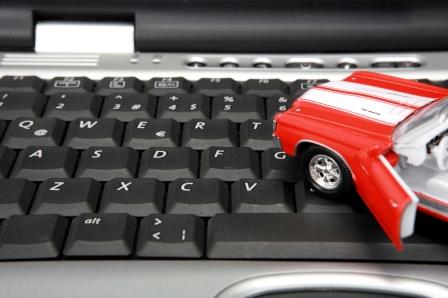 How naïve that sounds today! While end-to-end (dedicated) internet teams can show sustained results on paper, more often than not most dealers eventually end up with a bunch of cherry-pickers gobbling up leads and trying to take credit for every up. However, it’s also important to note, that BDCs that are compensated incorrectly can become just as devious as any end-to-end team. Finally, don’t get me started on sharing the leads with the floor… I’ve yet to see this successfully sustained (in real life, not on paper) for more than a few months.

It’s not internet sales structure that matters; all that matters is an appointment that shows.

Everyone Works Their Pay Plan

One the most enduring truths in automotive retail is that everyone works their pay plan – everyone. So I am often confused as to why any dealer is surprised to find out that their internet sales team or BDC manager is fleecing them for thousands every month simply by working their pay plans.

The idea of working one’s pay plan is not necessarily an evil concept. In fact, the knowledge that everyone works their pay plan allows proactive leaders to create win-win incentives that encourage goal attainment, while discouraging cheating and gaming. Of course, this is true of most sales floor plans; but it’s simply not the case when it comes to the team managing a dealer’s inbound leads and calls.

When it comes to those tasked with converting email leads and phone calls to sold customers, the best pay plans are often those that mirror traditional sales plans… with one exception: focusing merely on sold units without regard to how those customers got to your lot is a mistake for your internet sales teams and BDCs. Too many dealers pay these positions merely for selling a car.

Their Job is to Set Appointments That Show

Yes, you read that right; you will close 2.5x better if your prospects show up for an appointment!

As the dealer, you’ve done your job. You’ve invested tens of thousands of dollars each month marketing your store and driving phone calls and leads for the team managing your internet sales efforts. You’ve provided this group with desks, phones and computers; and, you’ve likely paid someone like me to train them to use the right templates and talk tracks. It’s time for them to do their job; and until the prospect is standing in your store, their only job is an appointment that shows.

Paying just for a sold unit might seem like the smart move, but unless you have strong appointment rules in place, you have a roughly 100% chance of seeing one of the following real-world scenarios occur in your dealership:

SCENARIO A: End-to-end Internet Salesperson averaging 30 units per month. Great, right? WRONG. A quick look into the CRM revealed he was receiving 450+ leads each month, making no actual phone calls, and sending the same email to every prospect: “Here’s my best price. Print this email, come to the dealership and be sure and ask for me.”

SCENARIO B: BDC Manager spends the last few days of the month comparing Sold Customers with the names of those who submitted internet leads. When any close match is found, she “reconciles” the two and shows that the BDC was responsible for an additional sale. (Despite the fact that there was no appointment set and no appointment that showed – just a bunch of Traditional Ups that may or may not have submitted an online inquiry.)

Requiring the salesperson in Scenario A to have a firm, prescheduled appointment in order to “protect” and give him credit these prospects will force him to at least make a few phone calls. Moreover, if you split these 450 leads among five internet salespeople and required them to have an on-time appointment show before getting credit, you’d sell at least 90 units from the same number of leads. (Yes, your 30-Car Guy is costing you 60 sales every month!)

Similarly, only paying the BDC Manager in Scenario B on prescheduled appointments that show on time will not only force her to train and manage her team properly, but will also free up those few days at the end of each month that she spends taking credit for the job your marketing investment actually accomplished.

Okay, We Got the Appointment, Now What?

With Internet Sales, appointments are all that matters. However, if your team can take just a few pre-appointment preparation steps, you can quickly move from an average 50% close to an industry-leading 80% close of each and every appointment that shows.

With any appointment that arrives on time, your team has the ability to put on a show. You can make the customer feel special and – if done correctly – you can close 4 of every 5 of them. It’s called The Perfect Appointment, and it goes like this:

The greatest thing about The Perfect Appointment is that your internet sales structure is irrelevant. All you need is an appointment that arrives on time and a little preparation. Once you have that, you’ll close these at four times the rate of Traditional Ups (or internet prospects that show up without an appointment). Knowing this, I think you’d agree that appointments are all that matter.