Should You Buy a Car with a Rebuilt or Salvage Title? 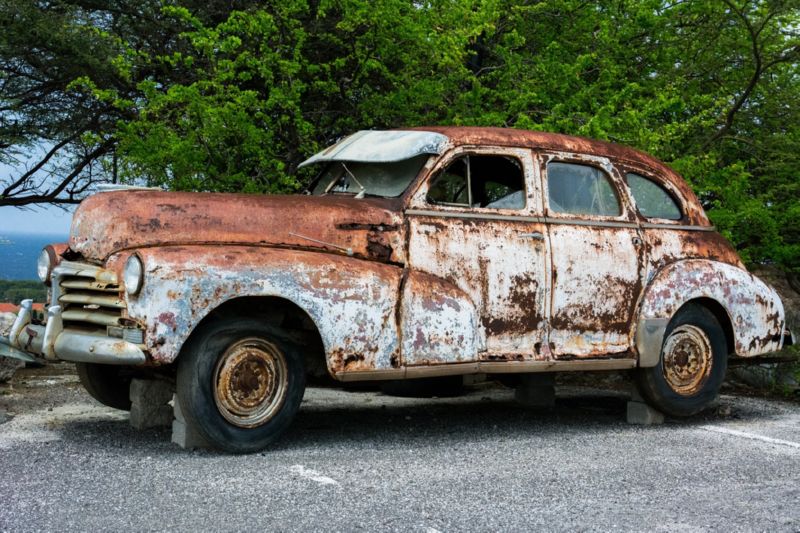 Should You Buy a Car with a Rebuilt or Salvage Title?

The short answer: It depends. The long answer is the reason for this post. First, let’s understand what it means when a vehicle has a salvage or rebuilt title.

What is a Salvage Title and What is a Rebuilt Title?

Primarily, a vehicle is issued a salvage title after an insurance company deems the cost of making repairs from an accident or other incident are too high to justify given the book value of the vehicle. The insurance company sells the vehicle at a salvage auction, where it might be purchased by a junkyard for parts or by someone who plans to repair it.

Once the vehicle has been repaired – and in some states also passes an inspection – it’s issued a rebuilt title. This is where things get tricky for the potential buyer. Did the person doing the repairs catch and solve every potential issue with the vehicle? Did they use parts equal to or better than what the factory installed originally? Is the vehicle now as good as those without a rebuilt title?

For most vehicles, you may never know the answers. To put it plainly: buying a vehicle with a rebuilt title is tremendously risky. For example, will an issue arise months or years after the repairs? More importantly, will you ever be able to resell it? (I mean, after all, you’re not the one who completed the repairs, so you can only relay the assurances the original seller gave you.)

First, be sure and get a reliable vehicle history report for the vehicle; as the reason for the original salvage designation can vary greatly – especially by state. (You should never buy a used car without receiving a vehicle history report. I prefer AutoCheck because their reports are less expensive, but just as accurate as Carfax reports.) For example, a salvage title could be issued in any of the following instances:

While the last instance is the most common, the first two possibilities are what understandably give buyers pause before they’ll purchase a vehicle with a rebuilt title.

So, Should You Buy a Car with a Rebuilt Title?

There are only two times when it makes sense to consider buying a vehicle with a rebuilt title:

Any vehicle listed for sale with a rebuilt title must be, at the very least, a very good deal before anyone should ever consider buying it. Why? Because there is a risk that the seller is not telling you the whole truth about the incident/accident that resulted in the salvage designation and/or the extent of the original damage. Additionally, the seller could stretch the truth regarding the quality and quantity of the repair work completed and parts used to bring the vehicle to its rebuilt status.

KBB gives used vehicles four values: Fair; Good; Very Good; and Excellent. Once you see the vehicle in person, you can determine which one of these best describes the vehicle for sale (under the Private Party designation). The difference between a vehicle in Fair condition and one in Excellent condition will vary, as will the range of values returned. For example, I priced a vehicle on KBB and received the following four prices for Private Party values:

Take the mid-range of the value that best describes the vehicle and multiply by 65%. For me, that’s the most I would ever pay for a vehicle with a rebuilt title that I planned to keep forever – regardless of the assurances provided by the seller. Why? Because the risks I described earlier (and the questions that may never be answered) all fall on you once you purchase it. If a repair wasn’t done right or an issue wasn’t resolved, you’re the one left with the costly repairs.

To me, that risk is roughly a third of the value of the vehicle. Short of that, I’m not interested.

What’s a Great Deal on a Vehicle with a Rebuilt Title?

That is, unless, you price the vehicle at an outrageously low price relative to its book value.

As someone who’s both bought and sold vehicles with rebuilt titles, I can tell you that the stigma of having a rebuilt title scares away most every buyer. (And, in some cases it should.) Regardless of the assurances you give the buyer (about the rebuild) or even if you provide an inspection from a certified mechanic, there are few people who will ever be interested in your vehicle.

This makes it hard to sell even at a good discount from the vehicle’s book value.

Today, I wouldn’t buy a vehicle with a rebuilt title for more than 50% of the corresponding KBB.com Private Party price unless I planned to keep it forever. This means if KBB tells you the vehicle is worth $10,000 in very good condition – and your inspection of the vehicle shows it to be in very good condition – then you shouldn’t pay more than $5,000 if you ever plan to resell it.

Of course, when you peruse the Craigslist listings of vehicles with rebuilt titles, you’ll find sellers expecting 90% of KBB’s value. Pass. The risk is too great and there’s almost no chance you’ll ever be able to resell it at 90% of the then-current KBB price.

Okay, But What About a Flood-Damaged Vehicle?

You get your hands on the AutoCheck report and discover that the vehicle was originally salvaged because of flood damage… now what?

My advice? Never, ever buy a vehicle that earned its salvage designation because of a flood. Water damage, unlike most damage from a collision, doesn’t always show itself immediately. In fact, the damage caused by a flood could completely disable your vehicle and require very costly repairs years after the vehicle was flooded and repaired.

Short of receiving the vehicle as a gift, I can’t think of any reason to purchase one that had previously been flooded.

« The SEM Thieves Aren’t Even Trying Anymore! » Wanna Sell 30+? Learn to Drive the Up Bus!