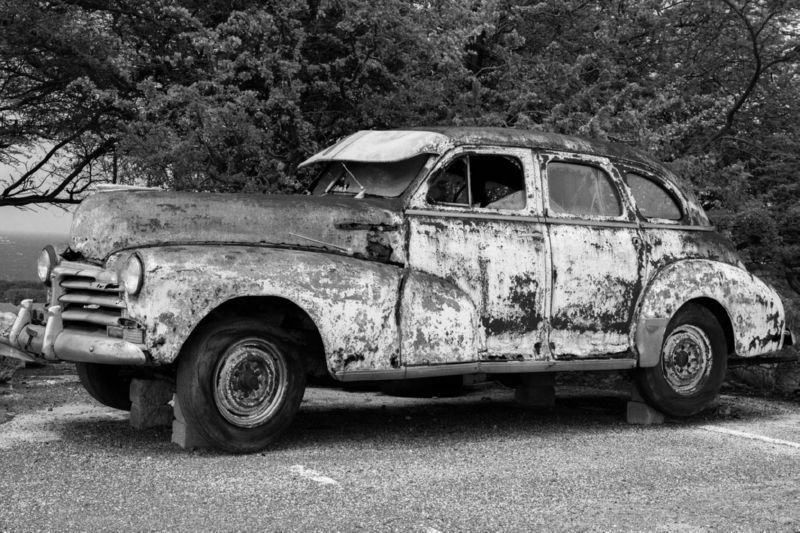 Every dealership has an 8-Car Alan (perhaps yours is a 10-Car Ted or even a 14-Car Phoebe). You know, that veteran salesperson who delivers an unspectacular, yet steady volume of units each month. Their sales primarily come from the owner base, though they do take a few Ups when they feel like it. They’ve been with your dealership for more than a dozen years and you appreciate their loyalty.

The problem is, they don’t appreciate yours.

They believe their list of past customers are their customers, not yours. They give you no credit for the millions you’ve spent marketing and maintaining your dealership during their tenure. They’re convinced their success is theirs and theirs alone; and most of these 8-Car Alans even begrudge the dealership when you ask them to make calls to this database.

They know their customers, not you; and they’ll decide when it’s right to call them… which turns out to be never. But, let one of their prior customers buy without asking for them and they’ll be at your desk demanding a split deal.

The Math on Your 8-Car Alans

How much is rewarding this “loyal” salesperson costing you? Let’s do some quick back-of-the-napkin math. (We’ll use 14-Car Phoebe for this and assume she’s been with your dealership for 18 years.)

Eighteen years at fourteen units per month means Phoebe has sold 3,024 vehicles. Not bad; but she’s already been rewarded for these sales when you paid her commissions, bonuses, spiffs and other compensation over that time. (Of course, as is true for most 14-Car Phoebes with 18 years in the dealership, she previously retailed 20-25 every month, so her database of prior customers is likely 50-60% higher than that.)

To make the math easy, let’s assume half of the vehicles Phoebe sold were to previous customers. This means she’s sold 1,512 different customers during her tenure. (You’ll want to generate an actual count of unique customers your 14-Car Phoebe sold for the rest of these calculations.)

Assuming the average consumer trades every six years, Phoebe has 252 customers who will replace their current vehicle this year. (1,512 divided by 6 equals 252)

That’s 21 per month, but Phoebe is only going to sell you 14… and some of those (perhaps a third or more) will be the Ups she sometimes takes. Some of you think that’s still pretty good, given the number of customers who remain brand loyal.

Are These Customers Truly Loyal to Phoebe?

The average household in America owns two cars, not one; so, Phoebe should be pulling in another 21 units for you each month – if her customers are truly loyal to her, right?

What about the referrals Phoebe should be receiving from her 1,512 previous customers? Great salespeople can generate up to two referrals from each sale. However, even if we only expect Phoebe to generate one referral per sale, that’s another 21 potential units this month.

While some of the 1,512 moved out of the area or are deceased, the number of children these 1,512 previous customers have (that are now of driving age) balance out those no longer living in your market.

My math tells me she should be generating 63 units per month without taking an Up, yet she’s only selling 14 (and 4-5 of those are Ups). Your 14-Car Phoebe is costing you more than 50 units each month… all because she refuses to follow your processes and work her database.

It’s Time for a Change

While I do not advocate firing your 14-Car Phoebe, it’s clearly time for a change; a change, by the way, that must start at the top and be enforced every day by your desk managers. You’re rewarding Phoebe’s laziness by making sure she gets the first crack if one of her prior customers happens to walk into the dealership.

To be clear, whenever a prior customer walks in on their own, you got lucky. There are too many choices out there to assume those who bought from you before will buy from you again once they catch New Car Fever. They’re going to go online and be bombarded with choices, prices, terms, trade values and everything else they need to make an informed decision before they ever set foot on any lot… even yours.

The change is simple. Create a few rules and enforce them.

Phoebe expects to be paid for the 14 units she sold this month; so, that’s what you do. Phoebe has held you accountable for eighteen years to the commissions, bonuses, spiffs and other compensation you told her she could earn by selling cars. You’ve held up your end of the bargain; it’s time for Phoebe to hold up hers.

Dealers and managers want to reward aggressive salespeople. Those who are willing to catch every Up, make their assigned phone calls, and diligently (and properly) use their CRM. So… why don’t we?

There are just a few simple rules you need to put in place and enforce to change your rewards system from one that benefits those unwilling to follow your processes to those hungry for a chance to sell 20, 30 or even 50 units a month. The simplest rule is called the Protected Prospects Rule, and I’ve detailed it a number times in other articles and in my book, Assumptive Selling. The rule is simply this:

No prospects will be “protected” if they arrive on the salesperson’s day off; and no split deals will be offered on these.

Anyone who “Ups” and sells a protected prospect will receive no credit or commission for the sale unless (1) the primary salesperson was unavailable; and (2) a sales manager expressly assigned the prospect to the new salesperson.

That’s it. If one of Phoebe’s prior customers arrives on her day off – even if they ask for her – she gets ZERO credit for the sale. She deserves no credit because you got lucky that (A) The customer chose to return to your store, and (B) That they weren’t blown out by the salesperson who upped them.

To be clear, many of the 8-Car Alans, 10-Car Teds and 14-Car Phoebes I know don’t really have that many “loyal” customers. Some of these customers don’t want to work with Phoebe again, though they are loyal to your dealership and/or brand.

Instead, your team can start asking today’s buyers the kinds of questions that move them through your process, double your demo drive, write-up and closing percentages, and create a great customer experience.

Oh, and Phoebe? Well, perhaps she’ll start making her calls and setting real appointments that show, instead of hoping her prior customers show up just because…

To learn how to truly sell more vehicles for more money to today’s connected customers, buy my damn book! Assumptive Selling is 400 pages loaded with the processes, word tracks, and simple rules every team needs to grow share, grosses and customer satisfaction with today’s buyers. It’s written for everyone on the sales side: from the Dealer Principal down to the BDC Agent setting appointments. Single copies are available on Amazon.com; and dealers can learn more and enjoy generous bulk discounts by visiting AssumptiveSelling.com.

Oh, and the book includes the process and word tracks for 14-Car Phoebe to use if she ever does decide to call her database…