If You’re a Taker, You’d Better Marry a Giver

It’s All Give and Take 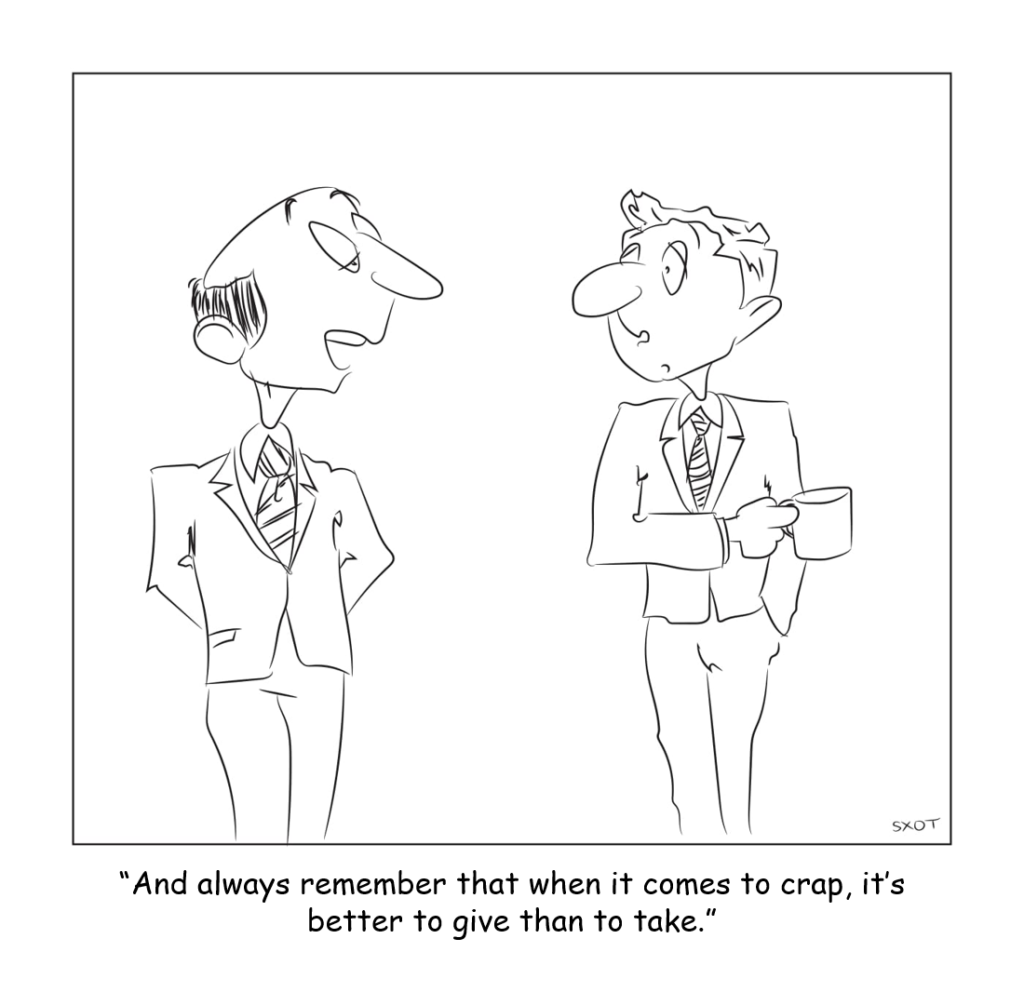 If You’re a Taker, You’d Better Marry a Giver

If you’re a taker in business, you may not be aware that a lot of the people around you actually like to receive. They like to be remembered; and they like getting “things.” If this is an epiphany to you, you might be absolutely shocked to know that a book, a bottle of wine, a vase with flowers or even just a card can actually make someone’s entire week. If you’re a manager, you should internalize this approach and become known as a giver to those in your charge. Finding little, inexpensive trinkets that will excite your team are easy… and, your gift giving can become the honey of these relationships; helping you attract whatever behavior you desire.

That’s business. Let’s talk about life (which, for most of us, is way more important).

If you’re a taker, you’d better marry a giver.

At the core of shit sandwiches and relationships is something called “give and take.” True give and take is hard. If it was easy, then everyone would stay married forever and no one would ever quit a job.

Taking, on the other hand, is way too easy. Moreover, if taking is all you’ve ever practiced, then true giving is going to be tough. This is why so many celebrity marriages end so quickly. Allow me to overgeneralize for a moment: In most celebrity relationships both parties are accustomed to taking; but neither has ever really been expected to give. There are only two types of successful marriages I’ve ever encountered: the best type is where both parties are givers; though I have witnessed plenty of long-term relationships where a giver marries a taker.

When you put two selfish people together in a marriage, then you get disaster and quickie divorces. I’m convinced this is why the likes of Mariah Carey, Jennifer Lopez and Britney Spears have never had the kind of true, long-term relationship, for example, that Goldie Hawn has had with Kurt Russell.

It’s easy to say those three are high-maintenance… but that’s an understatement. They, like most people that become famous early in life, have done so much taking and no giving that they just cannot even understand the concept.

If you’re a taker, better marry a giver (and be happy about it).

« It’s the Little People Who Matter Most » Your Goal For Today: To Fail