Shit Sandwich? Is That Served With Or Without Mayo? 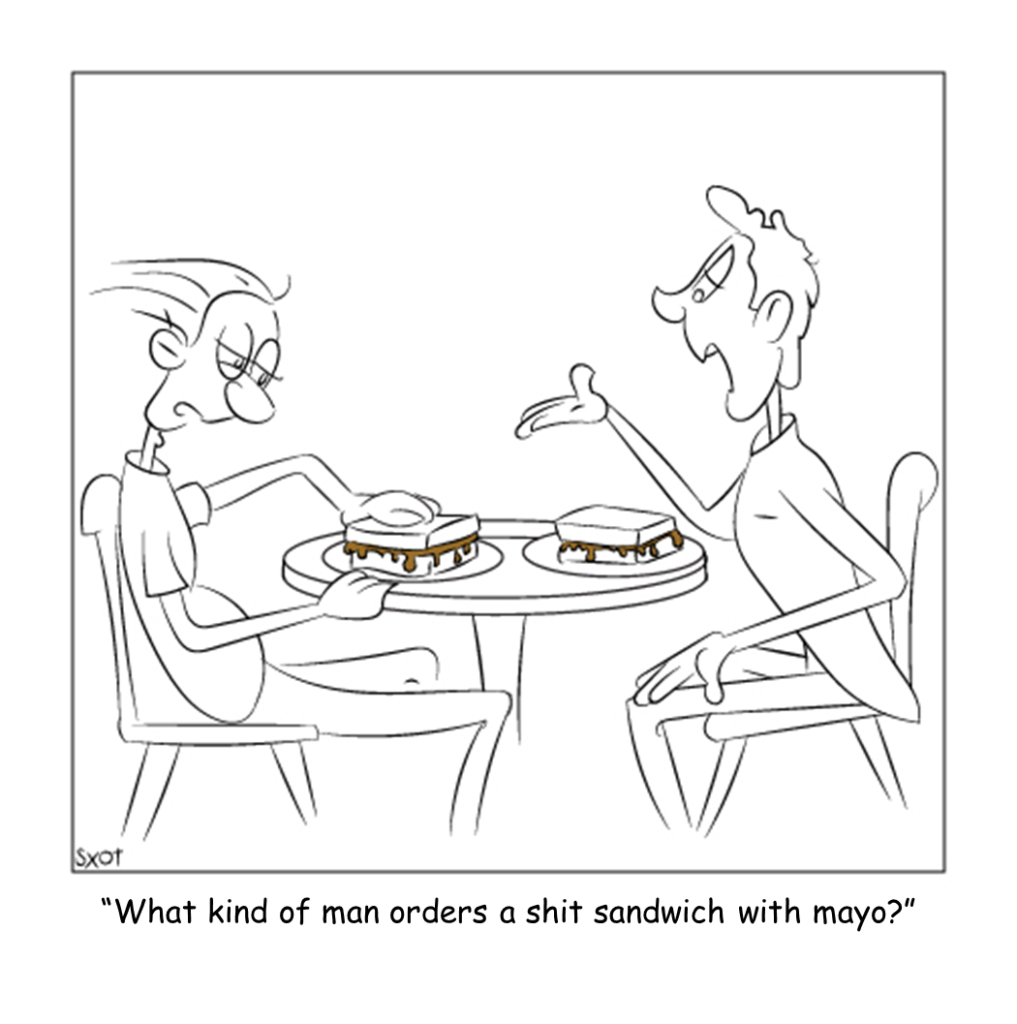 Shit Sandwich? Is That Served With Or Without Mayo?

When you want something worth having, it’s not usually just sitting there for you to grab, right?

Notice the words “must” and “good” in this sentence. Shit sandwiches are a must if you want something good. You eat the shit sandwich, you get the prize. You don’t eat it, you get nothing.

Notice this is in the present tense. You see, successful people not only ate a lot of shit sandwiches on the way up; they continue to eat them every single day.

I was a 28-year-old former Marine who had worked fulltime just to pay the bills in college when I first realized this. Of course, given my past, I (wrongly) assumed that I’d already made my sacrifices in life and that everyone else should be eating the shit sandwiches.

Why? As the CEO he dealt with partners, bankers, accountants, lawyers, suppliers, employees, union representatives and customers; and all of these people expected him to eat a shit sandwich every now and then.

To his credit, he ate every single one I ever saw him served. What’s more, he often smiled as he consumed these, because he understood that eating shit sandwiches came with the territory. Although he easily could have, he didn’t choose a safe, easy career where his tenure might be protected; no, he chose the entrepreneurial route; one filled with shit sandwiches.

The choice is yours: Eat or don’t. Succeed or don’t.

« Social Selling Guide for Automotive Sales Professionals – Part 9 of How to Sell Cars via Facebook – Real Social Selling » Win or Lose; Everyone Eats a Shit Sandwich