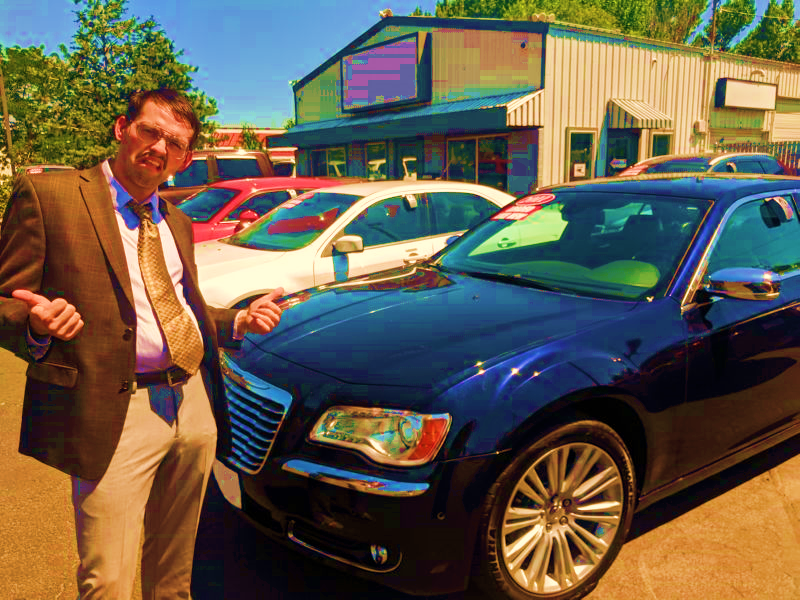 The dealership sold zero vehicles on a Tuesday. Salespeople spent the entire day in the vaping circle or surfing the web. No one was making their calls.

To combat the lethargy, someone on the leadership team demanded action. “I want each salesperson making a minimum of 50 calls per day!”

This new target was announced at the very next sales meeting.

But… to prove you were really, really, really serious this time, you created a document for every salesperson to sign. This “contract” clearly spelled out that if anyone failed to make 50 calls on any day, they’d face severe discipline, up to and including termination!!!

Once this new rule was in place for a week or so, someone on the leadership team noticed the needle wasn’t moving. You sold zero on a Tuesday… but, the CRM showed everyone was making their calls.

So, what did the salespeople show in the CRM? Yep, two appointments each. Of course, because these were fake appointments, the needle still didn’t move.

But – and this is important to someone high up at your dealership or group – the boxes were checked. All is good in the world… even if we’re not selling any more than we were before.

“So what?” you might say; “At least the salespeople are doing something productive, right?”

For example, forcing someone to make a set number of calls without providing them with an appropriate number of quality prospects is akin to handing someone the White Pages in the 1990s and telling them to start dialing for customers. Salespeople with great potential will leave; those with no potential will stay and simply learn how to fake these calls.

The Folly of “More is Better”

Beyond the artificial activity targets for the number of calls or appointments required each day, dealers should also be careful not to fall for the folly of “more is better” by forcing pointless activities into their sales processes.

See if this sounds familiar: Salesperson took a Phone Up that did not result in an appointment. The salesperson forgot to create a future activity in the CRM (perhaps a follow-up call for the next day); and the prospect ended up buying elsewhere because no one ever called them back.

So, you overreacted and created a process requiring ten calls over the following ten days for all Phone Ups logged in the CRM. To be certain your team never missed a similar opportunity, you assigned two of these ten calls to your managers.

Your rationale was strong: If the team wasn’t going to set and complete a single follow-up activity, then the CRM should assign ten activities!

This is a classic case of the pendulum swinging way too far to the other side; and it now causes some salespeople to rethink whether they should even enter Phone Ups in the CRM. Others (including your managers) just ignore or dismiss these phone tasks.

By the way, why would you assign any of these calls to your managers? Managers that cannot get their salespeople to make calls, don’t usually complete their own assigned calls, do they? Assigning extra calls to these managers often leads to hundreds or thousands of past due activities in the CRM. Congratulations.

Either Trust Them or Fire Them

Instead of overreacting and creating ten worthless activities each time a Phone Up is logged in the CRM, perhaps set one generic task to fire immediately. This task could be created as a reminder that alerts the salesperson to set a future activity based on the interaction with the prospect. For example:

This same strategy could be applied to unsold showroom traffic (and, really every post-contact sales process in your store). Since some Be-Backs are unique, writing a formal process with 35 assigned activities over the next 90 days borders on insanity. Most salespeople don’t make one Be-Back call, and you think yours will make 30+ just because you created a process in your CRM?

Trust them to do the right thing – with just a single reminder delivered as a generic task. Seriously, if you cannot trust your managers to ensure your team sets and completes a single follow-up activity based on the salesperson’s interaction with a customer, then you may have hired the wrong people.

(On a side note, here’s a free 6-day Be-Back process that actually works.)

For those of you who require 50 calls and two appointments per day, you’re probably “tracking” and “managing” this via a daily check-out sheet. (I wrote tracking and managing with quotes because you’re not really tracking or managing anything – you’re just making sure the boxes are checked.)

These sheets are a relic of the pre-CRM days, and an absolute waste of time and energy in most dealerships today.

Interestingly, I still see daily check-out sheets in a few dealerships every year; and the process always looks like this (for anyone willing to watch closely):

It’s not about setting appointments; it’s about getting prospects to show (and to show on time).

It’s not about checking boxes; it’s about selling cars.