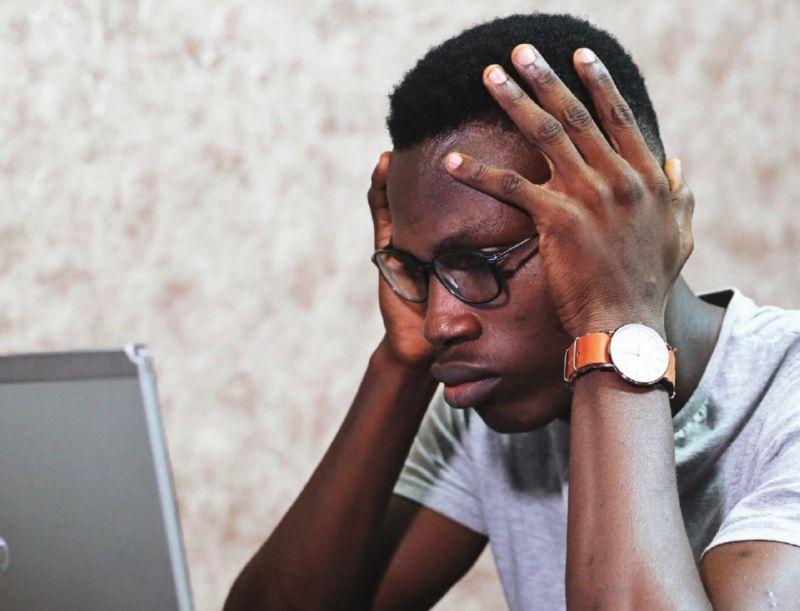 It’s truly becoming a chore to constantly write about the ongoing, unconscionable waste (and often fraud) in search marketing.

To be honest, I only write about roughly 1% of the waste and fraud I see. Not a day goes by that I don’t find crazy amounts being wasted by marketers in and out of automotive. First a quick recap of a few similar posts:

However, as bad as some of the waste and fraud we identified in those articles are, what I saw Thursday might just be two of the weirdest examples yet.

Unfortunately, about a month ago, I was in the market for a bereavement wreath for a distant relative’s funeral. Over thirty days later, one of the sites I visited retargeted me with this display ad:

Just how many funerals do they think I plan to send flowers to this year? Or, did they think the funeral from early February was postponed until March?

Retargeting can be a great part of your digital strategy, but this is just obvious and avoidable waste. (How about fromyouflowers.com choose a few product categories where retargeting makes little sense after more than a day or two?)

While I’ve written about (and showed examples of) automotive OEMs competing with their own dealers on paid search in the past, Thursday’s competitive nightmare was a first. I was searching for the homepage for Holiday Inn Hotels via Google, and was greeted by this cluster: 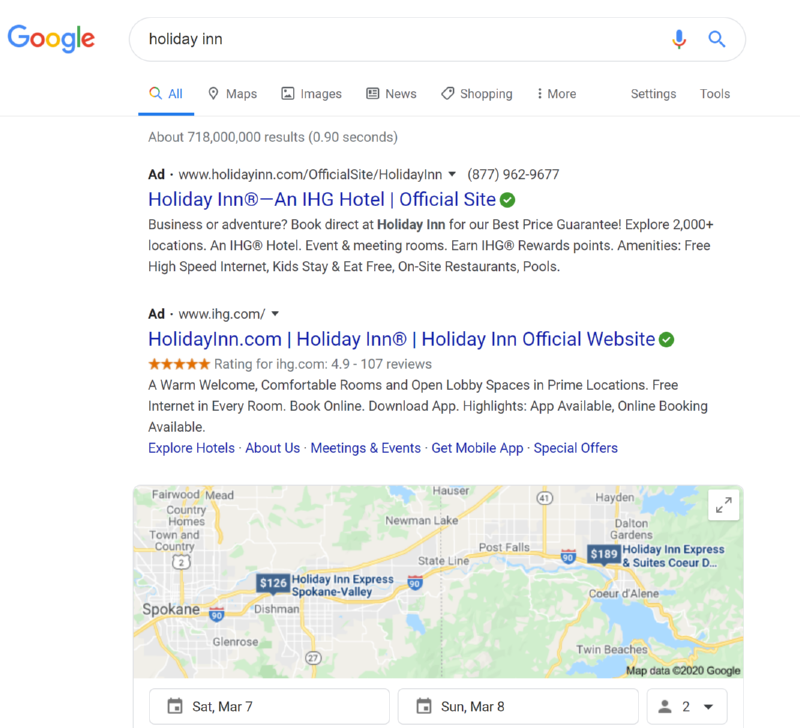 I have two major problems with this gigantic waste:

1) Why are IHG (owner of Holiday Inn) and Holiday Inn even bidding on their own brand name? Seriously, is there a true ROI redirecting clicks from organic links to paid ads?

2) Even if it made sense to pay for clicks that they would otherwise receive for free, why are two different IHG corporate websites (ihg.com and holidayinn.com) bidding against each other for the same keywords? (Oh, and just in case you thought this was a one-time blip, the two IHG-owned sites are still competing for paid clicks this morning. This, despite the fact they own the map results and the first four organic listings. Moreover, there are no competitors bidding on this keyword.)

To put IHG’s foolishness into perspective, this would be like General Motors (corporate) and the Chevrolet team both bidding on the search keyword “Chevrolet.” Luckily for GM, only the Chevrolet marketing team is foolish enough to bid on the single word search “Chevrolet.”

« Dealers: Beware Artificial Activity Targets » Laid Off or Just in Lockdown? How to Fill Your Days to Make the Most of this Crisis