Dear Ford: I Cannot Believe I’m Still Writing About This in 2020! 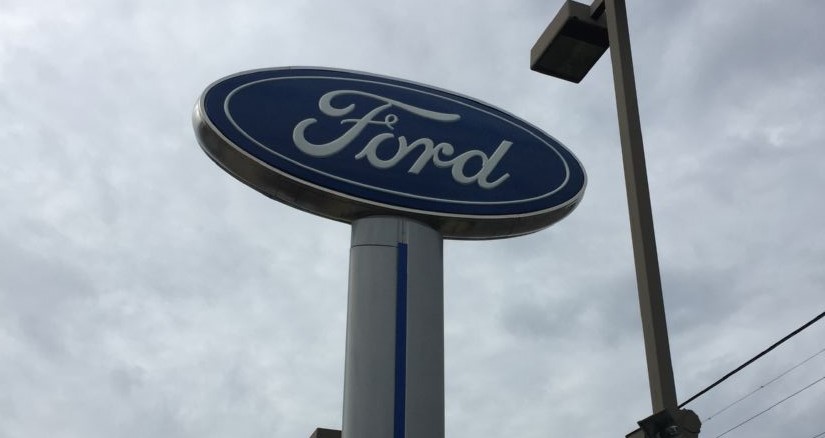 Dear Ford: I Cannot Believe I’m Still Writing About This in 2020!

(No time for a long post this morning. However, if you want to read more on this neverending issue in automotive, go here: DEAR TOYOTA: HERE’S $108 MILLION TO SPEND IN YOUR FIGHT FOR SHARE AGAINST FORD.)

This week’s headlines for the Ford Motor Company (NYSE: F) are not pretty:

This is odd, given the great lineup Ford produces.

I’m a huge fan of their current product set, and have owned many Fords over the years. I’ve also proudly owned the stock (in the past). You would think as a former Ford shareholder, that I’d buy this dip in the stock price… you’d be wrong. You’d be wrong because Ford can’t even get the easy stuff right… so, what makes me think they’ll figure out the hard stuff?

Oh, and by easy, I’m talking about moving about $500 million straight to their bottom line without losing a single sale.

No offense, but who in the hell is making the digital marketing decisions at Ford? While there are more than a dozen issues I can raise about how poorly this is being run at the OEM level, my complaint this morning is that Ford co-ops pay-per-click (PPC) for their dealers.

Okay, what’s wrong with that?

Here’s what’s wrong: Nearly every penny of Ford’s money and the dealers’ money is used in moving a sale from one Ford dealer to another Ford dealer. Moreover, in my experience, most of the clicks Ford is subsidizing are often THE DEALERS’ OWN NAMES!

But, it’s worse than that. Ford also subsidizes dealers to steal share from Ford’s Tier I and Tier II spends. Here’s a great example. This morning, I Googled “ford mustang,” and in the top four paid results are ads for a dealer, Tier II, CarGurus, and Tier I: 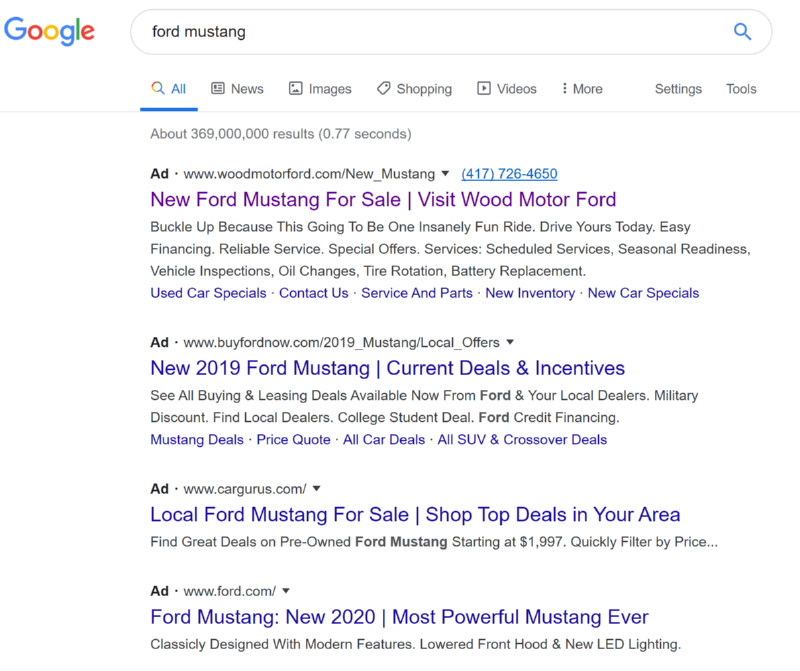 Basically, the same Ford Motor Company that just reported a very tough quarter is paying to help all three tiers steal share from each other. Brilliant!

Some would argue that if Ford, their Tier II agencies, and their dealers didn’t bid on these keywords, then competitive OEMs, competitive dealers, and third parties would just bid on them.

Yes… yes, they would.

If there was an acceptable return on investment in chasing competitive brands via paid search, then Ford could certainly participate, as well. My experience is that conquesting via paid search is too expensive at the dealer level, the Tier II level, and at the OEM level.

Conquest advertising can work… just not on Google.

There’s Nothing Wrong with Co-Op

Truly, there is nothing wrong with OEM co-op, so long as the advertising is targeted at growing the brand’s market share. After inspecting scores of Ford dealers’ PPC spends over the years, I can tell you less than 0.5% is directed at competitive brands. Nearly every penny is spent moving a Ford buyer from one dealer to the next.

Madness on its face, and madness that no one at Ford seems to care.