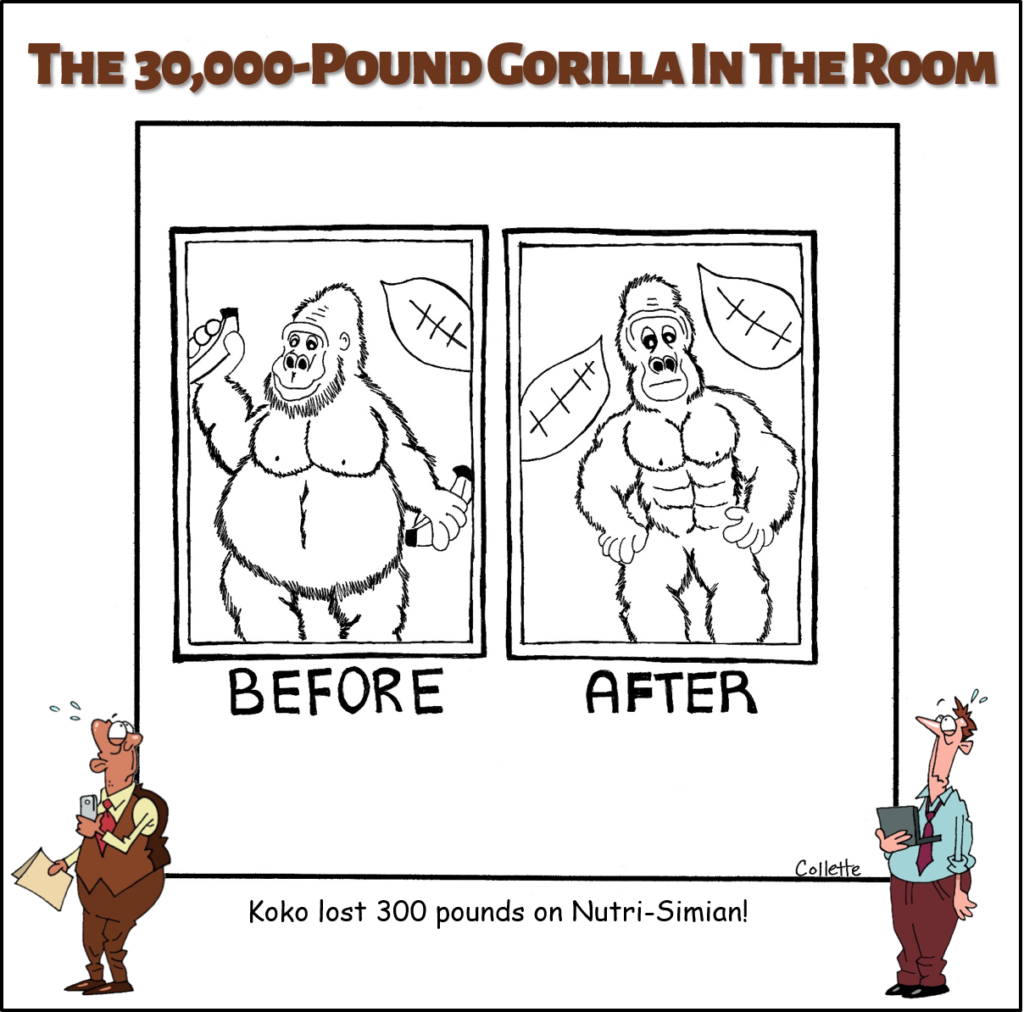 (The 800-Pound Gorilla is an annoying business phrase and is just one of the 212 Most Annoying Business Phrases Managers Effuse, Confuse, and Overuse detailed in the hilarious must-have guide for every workplace: The 30,000-Pound Gorilla in the Room. Available right now on Amazon.)

However, the most interesting multivariable misuse of this phrase happened over a decade ago when an up-and-coming young manager told a group of his peers and some senior executives in a large meeting, “I think it’s time we all addressed the 30,000-pound gorilla in the room.”

This came out of nowhere, and the young manager didn’t bother to explain why or even to whom he was referring when he described this King Kong-like, fifteen-ton behemoth. He just said it; then appeared to regret he said it; then (thankfully) shut his mouth for the rest of the meeting.

(Of course, we’re thrilled Steve was present when that young manager uttered this creative mash-up; otherwise we would’ve struggled for an appropriate title for this book.)

This saying, of course, is meant to describe someone or something so powerful they seem unbeatable. We’ve heard this phrase used to describe tough competitors, tough customers, and tough bosses. Given its various meanings, it usually cannot be uttered without also mentioning the associated gorilla (competitor, customer, boss), making its annoying overuse also annoyingly redundant.

See also: Elephant in the Room

The 30,000-Pound Gorilla in the Room is available on Amazon.