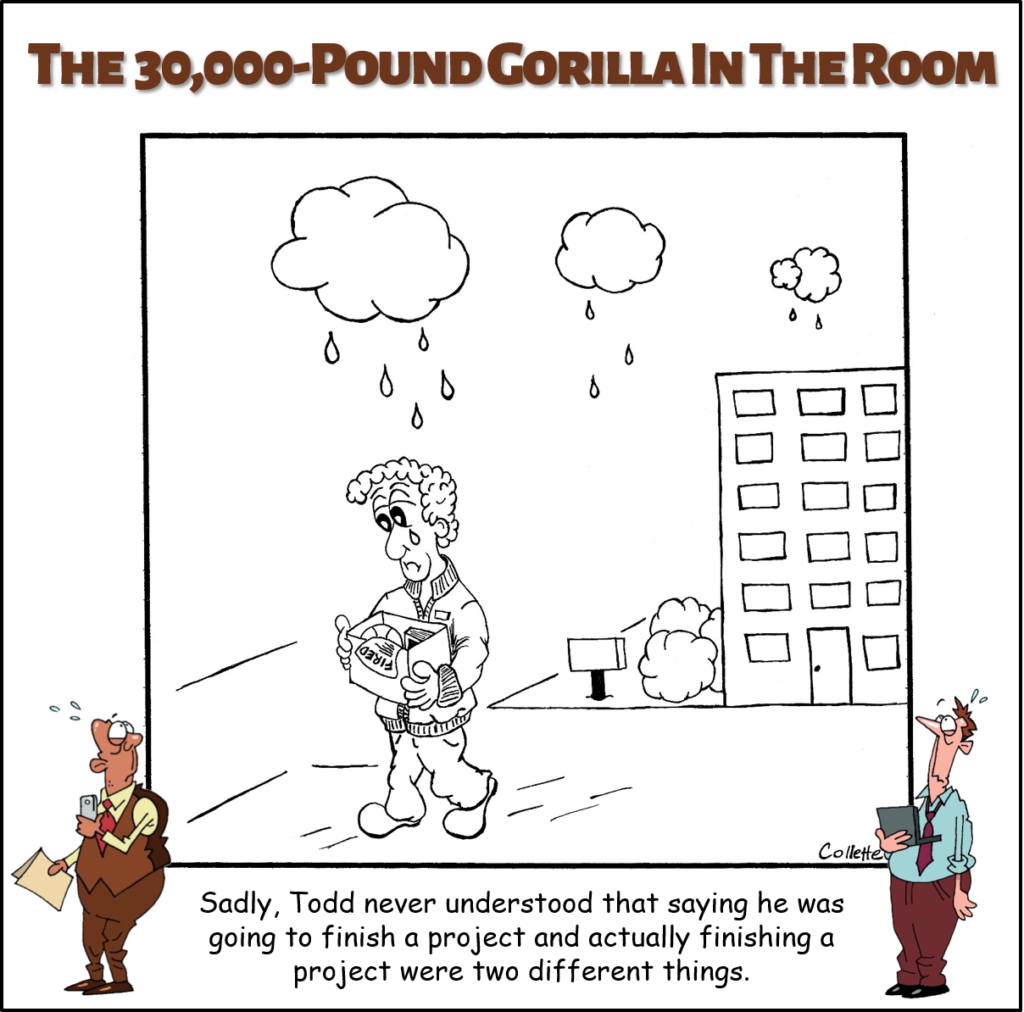 (Explaining that this and that “are two different things” is an annoying business phrase and is just one of the 212 Most Annoying Business Phrases Managers Effuse, Confuse, and Overuse detailed in the hilarious must-have guide for every workplace: The 30,000-Pound Gorilla in the Room. Available right now on Amazon.)

No crap? Are they really?

This is an unnecessary phrase that must disappear. It conveys nothing but negativity and disbelief; and it’s most often used by passive-aggressive managers. For example, they’ll often use are two different things after they come out of a meeting with their boss where they “committed” to the leader’s vision; albeit with a poorly-masked passive-aggressive response such as, “If that’s the direction you want, we’ll do everything we can to achieve it.”

Later, when they gather with their cohorts, they’ll express their disbelief in the vision by saying, “Well, setting his goal and actually achieving it are two different things.”

Yeah; especially with a schmuck like you working for him!

Certainly, there are an infinite number of pairs of things that are two different things; yet this phrase is only used when the differences are obvious. This, of course, makes it doubly-annoying.

How about committing now to stop using this annoying phrase?

Of course, saying you’re going to stop saying it and actually no longer saying it are two different things, aren’t they?

See also: Easier Said Than Done; It Is What It Is

The 30,000-Pound Gorilla in the Room is available on Amazon.