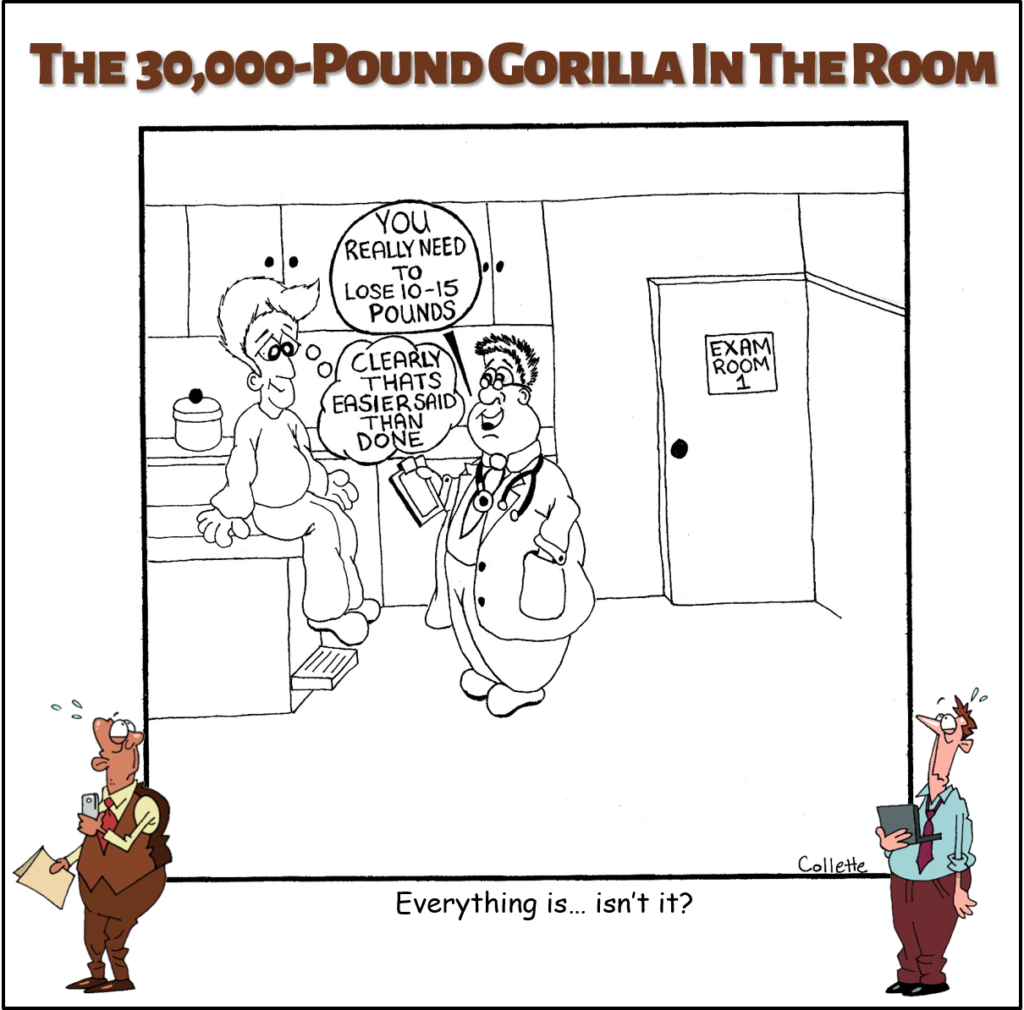 (Easier Said Than Done is an annoying business term and is just one of the 212 Most Annoying Business Phrases Managers Effuse, Confuse, and Overuse detailed in the hilarious must-have guide for every workplace: The 30,000-Pound Gorilla in the Room. Available right now on Amazon.)

Everything is easier said than done. Ehv Ree Thing. Everything.

This phrase is annoying because it’s nonsensical; it’s annoying on its idiocy. Stop saying it and you’ll immediately sound smarter.

Of course, as you probably already know, that’s easier said than done.

See also: Are Two Different Things; It Is What It Is

« Ducks in a Row » Eat Your Own Dog Food