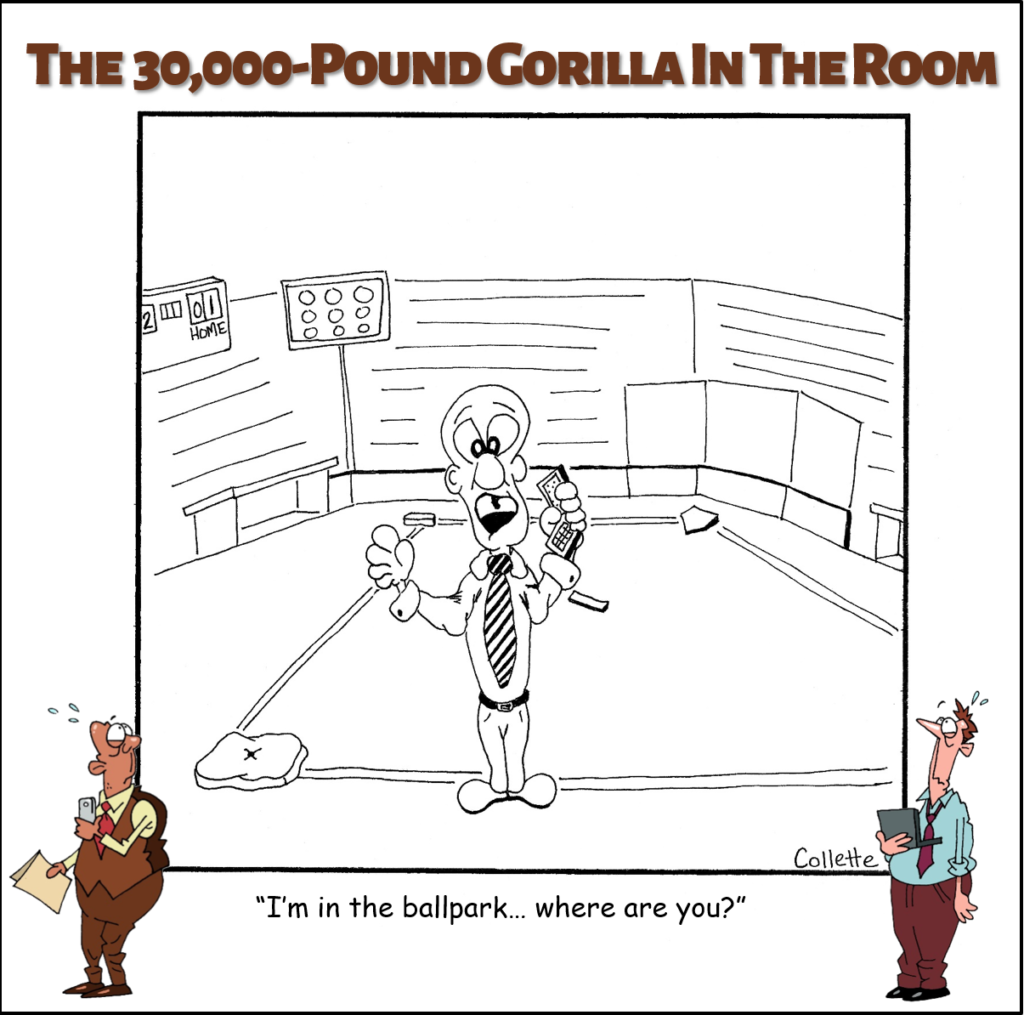 (Ballpark is an annoying business term and is just one of the 212 Most Annoying Business Phrases Managers Effuse, Confuse, and Overuse detailed in the hilarious must-have guide for every workplace: The 30,000-Pound Gorilla in the Room. Available right now on Amazon.)

While certainly not the most annoying sports phrase used in business, one specific iteration of ballpark is downright maddening.

The pretentious request from above for you to “ballpark me something” makes us cringe. Ballpark, in this example, is no longer a noun: it’s a verb. An ear-bleeding misuse uttered only to make the speaker sound hip.

To be clear, when you ask someone to ballpark you something, you sound like a boob; a boob no one wants to work very hard for.

Using ballpark as a noun to describe proximity or estimate was the initial and correct adoption of this word. Explaining that someone is close (perhaps during a negotiation) to what you’re thinking by letting them know they’re “in the ballpark” seems like a fine use to us.

It’s appropriate and not that annoying – at least not to us. Of course, like most everyone else in the workplace, we could be persuaded to ban ballpark and every other sports term and analogy, and not lose any sleep over it.

See also: Wheelhouse; Bullet-Point Me Something

« Back to the Drawing Board » Bandwidth