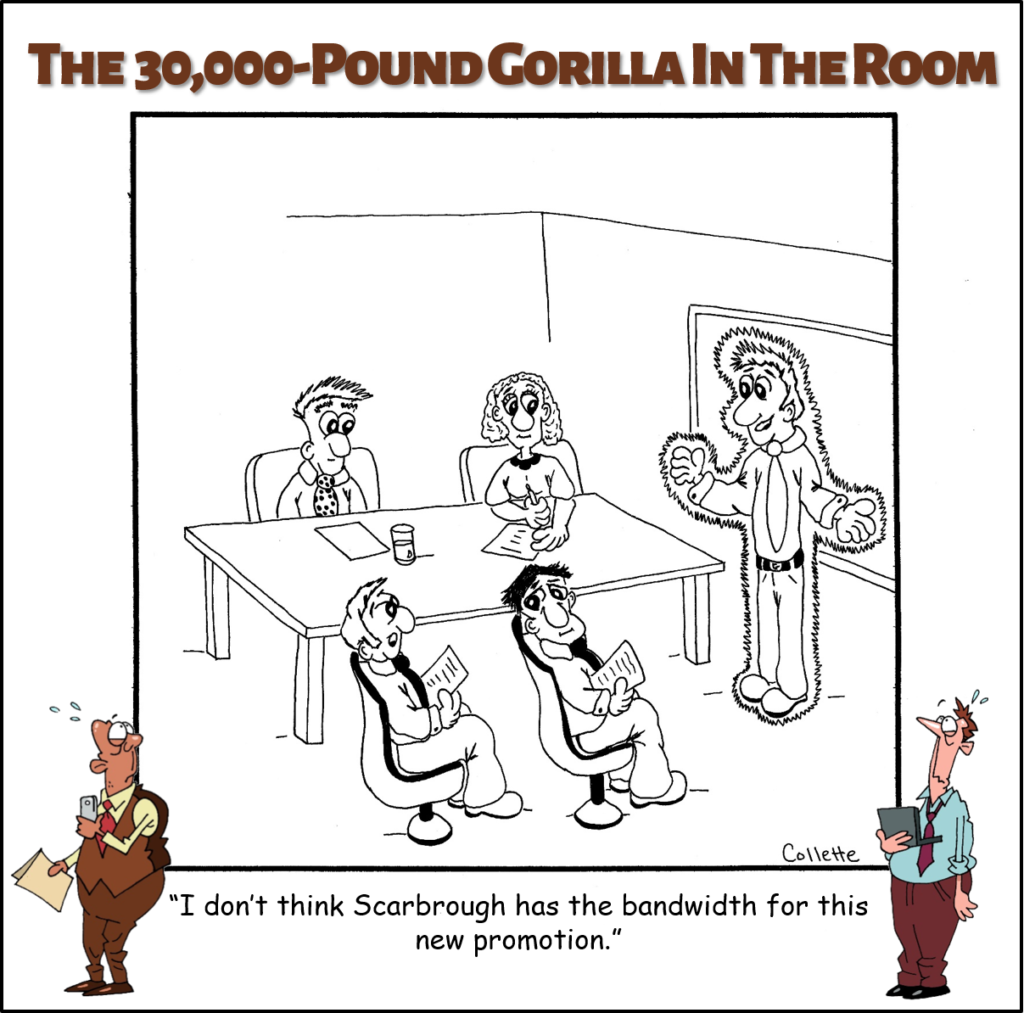 (Bandwidth is an annoying business term and is just one of the 212 Most Annoying Business Phrases Managers Effuse, Confuse, and Overuse detailed in the hilarious must-have guide for every workplace: The 30,000-Pound Gorilla in the Room. Available right now on Amazon.)

Bandwidth originated from the telecommunications and broadcasting fields, where it (basically) describes the range of frequencies within a band – the width of a given band. (Save your letters of outrage if you’re a ham radio operator. This definition is not meant to help someone pass their geek certification.)

In business, bandwidth can be used to describe one’s physical ability to handle additional tasks and/or their mental capacity (or even intelligence). As in, “Fred is really swamped; I don’t think he has the bandwidth to tackle an additional project right now.”

On the surface, this might seem like a fairly  accurate expression; one that’s properly used in most situations.

Our problem we have with the way bandwidth is used by managers is in its overuse. Those who say it, say it dozens of times a day. They use it to describe everything from how the office copier performs to their ability to love another human being.

Moreover, it’s impossible to get through a meeting about anything these days without hearing it at least once. Add a bandwidth aficionado to your meeting and it will be the only word you remember from the entire 90 minutes you’ll never get back in your life.

Finally, this one becomes extra annoying when it’s used as an insult – as it most often is in the workplace. Irritating managers almost never applaud someone’s bandwidth, as in, “She’s really got a lot of bandwidth.” However, these same bosses are quick to point out someone’s shortcomings with, “Yeah, he just doesn’t have the bandwidth for this project.”

To these simpletons we say, “Get a mirror.”