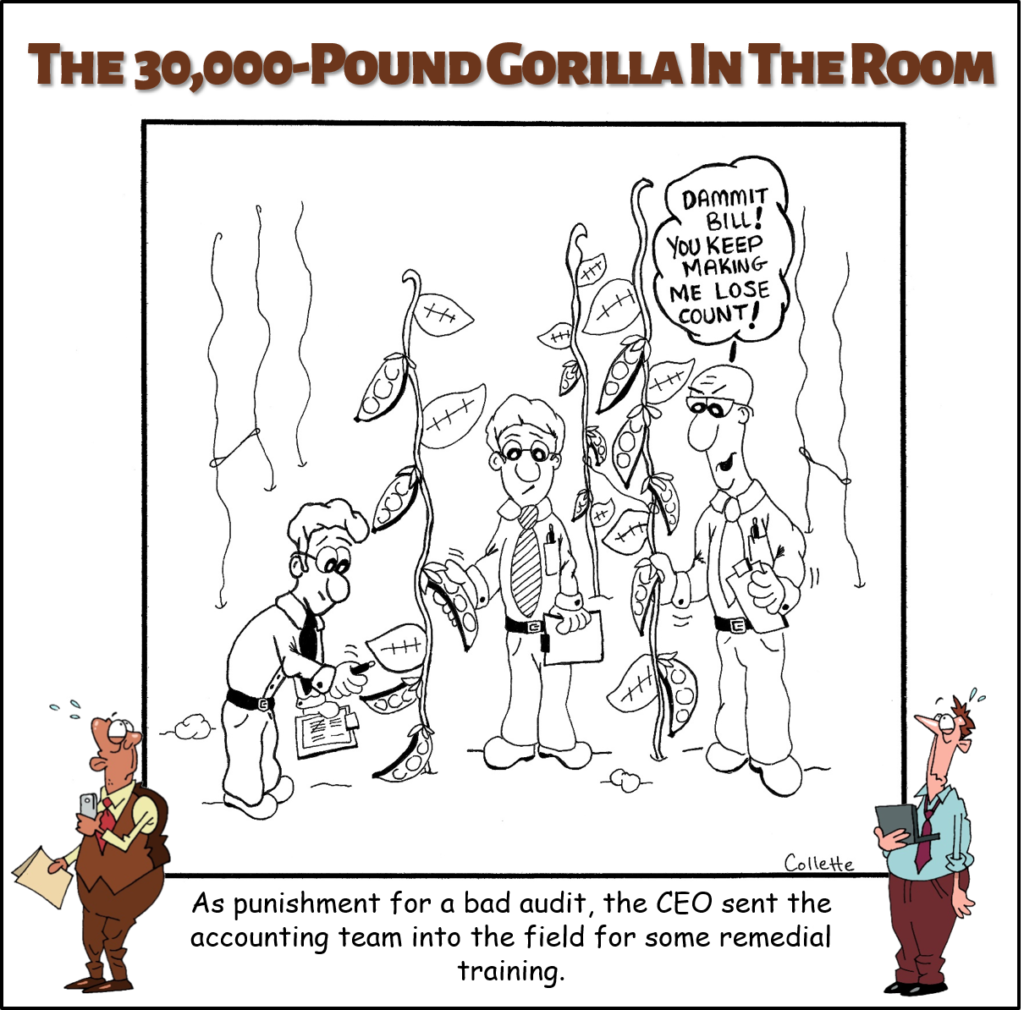 (Bean Counter is an annoying business term and is just one of the 212 Most Annoying Business Phrases Managers Effuse, Confuse, and Overuse detailed in the hilarious must-have guide for every workplace: The 30,000-Pound Gorilla in the Room. Available right now on Amazon.)

Well, if that’s the case, go look on the internet because we don’t care where it came from, only that everyone stop using this silly, outdated, and often derogatory designation when referring to our accounting teams.

Not that either of us has a great deal of positive feelings for accountants – we’re truly ambivalent when it comes to these folks.

Accountants have a clearly defined role; one that when accomplished correctly leads to zero drama or issues. Accountants are sort of like the tires on your car. That is, so long as they’re working as designed, we pay them no attention.

It’s only when they fail that we notice tires or accountants.

We understand the term bean counter most often refers to those pesky accountants who put the numbers above all else – including sales and profits. The annoying folks in your company call them bean counters to dismiss or diminish their advice.

They do this because they’re unhappy someone on the accounting team chose the safe route over their risky idea.

Our issue with bean counter being used today is not the negative connotation; rather, the annoyance comes from the century in which we’re living today.

Look at the calendar on your iPhone! It’s the 21st Century, dammit!

If you find yourself uttering bean counter today, we insist you also start saying “fiddle-faddle” or “horse feathers” when describing anything nonsensical. At least this way you’ll be using the proper vernacular as you skedaddle off to the speakeasy to get zozzled on a Gin Rickey.

Now that would be the cat’s meow!