Behind the Eight Ball 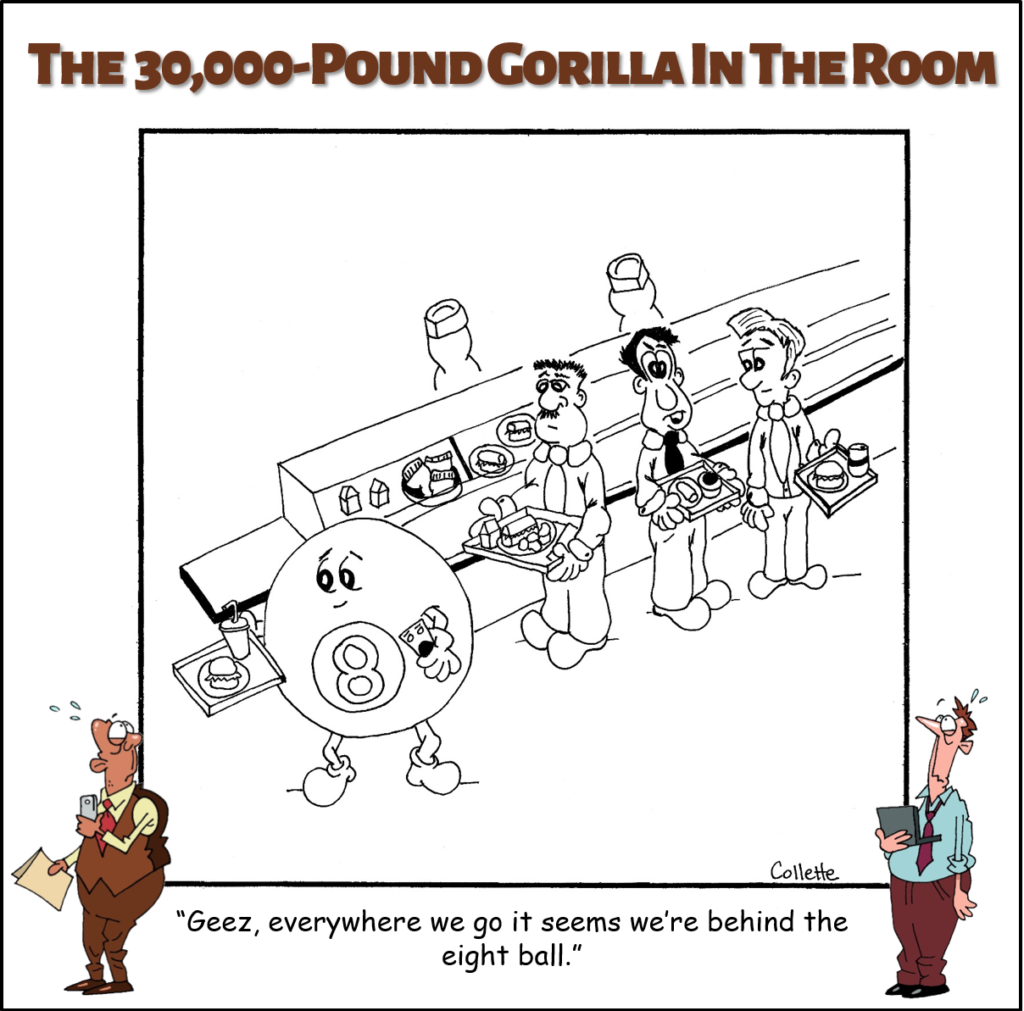 (Behind the Eight Ball is an annoying business term and is just one of the 212 Most Annoying Business Phrases Managers Effuse, Confuse, and Overuse detailed in the hilarious must-have guide for every workplace: The 30,000-Pound Gorilla in the Room. Available right now on Amazon.)

Behind the Eight Ball

Like many of the annoying phrases managers have over-uttered over the last century, behind the eight ball finds its origins in a game. In this case, billiards.

When the eight ball (that black one with the number 8 on it) sits between the cue ball (that white one you strike when playing pool) and the ball you wish to hit with the cue ball, you are quite literally behind the eight ball. In other words, you’re in a bad situation, as you have no easy shot.

It’s cliché enough to use this one correctly; though unfortunately, many managers insist on claiming they are behind the eight ball when they simply mean they have a tight deadline, a full schedule, or are facing a tough sale.

“Boy, we are really behind the eight ball on the Kershner account!”

No, you’re not. You are trailing; your firm is not in first place; your competition, Snyder, has a better chance of landing the Kershner account than you do. You are not behind the eight ball… you’re just behind.

Therefore, given that you can’t even use a cliché correctly, just stop saying it. Instead, try describing the situation as it really is.

“Boy, winning the Kershner account is going to require more preparation and a better presentation from us.”

Doesn’t that sound better? At least this way the team understands what is required to win the account instead of all the Millennials on your staff wondering why you sound like their grandpa.

Replacement phrases: Disadvantaged; Out of options; On a deadline

See also: Between a Rock and a Hard Place

« Been There, Done That » Best Thing Since Sliced Bread