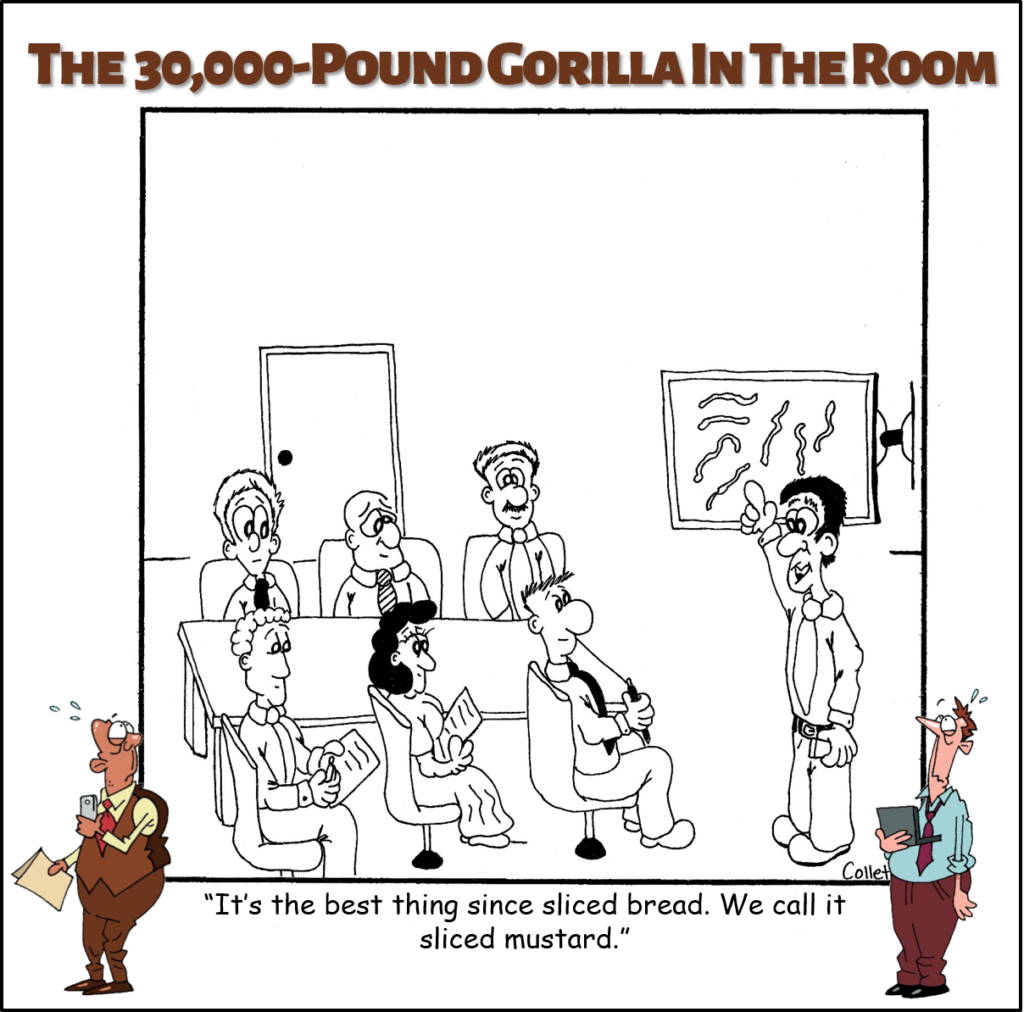 (Best Thing Since Sliced Bread is an annoying business term and is just one of the 212 Most Annoying Business Phrases Managers Effuse, Confuse, and Overuse detailed in the hilarious must-have guide for every workplace: The 30,000-Pound Gorilla in the Room. Available right now on Amazon.)

While the automatic slicing of bread has only been around commercially for less than a century, there have certainly been more than a few inventions and innovations of greater note since retailers began offering loaves in slices.

To say something is the best thing since sliced bread is to poopoo these superior accomplishments. It shows you’re not only an annoying manager, but that you’re also delusional. Sliced bread is a good thing, but as an innovation, it pales in comparison to so many others that have come since its broad acceptance.

To say something is the best thing since sliced bread implies sliced bread is a greater innovation than the McRib or Coke Zero. On this point, we must object.

When your annoying manager tells you something is the best thing since sliced bread, ask him or her what century this is. Then, take a sip of your Coke Zero (strangely called Coke Zero Sugar now because, apparently, diet pop drinkers couldn’t comprehend what the Zero meant), let out a long, an audible “ahhhh” and smile knowing there have been hundreds of superior innovations since we started slicing bread –that can in your hand is proof of this. (And proof your manager is an idiot.)

« Behind the Eight Ball » Between a Rock and a Hard Place