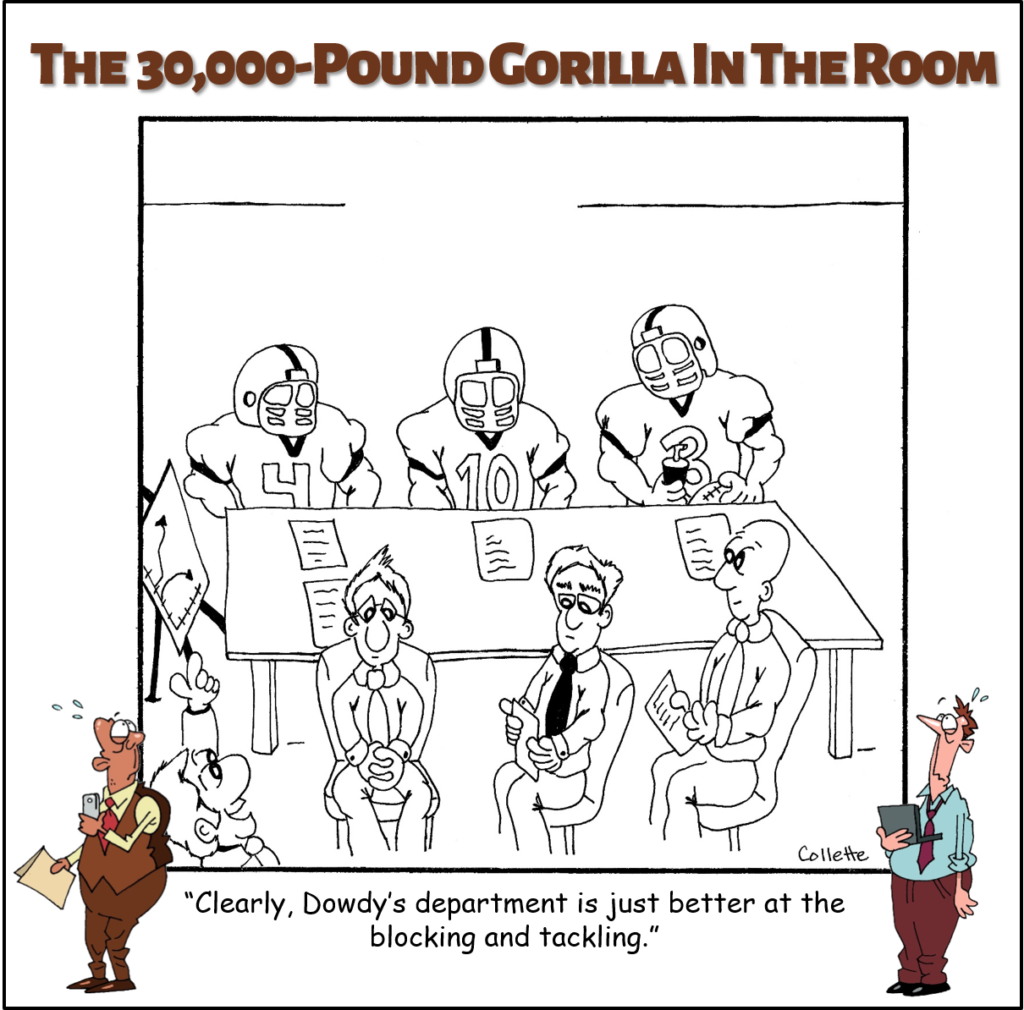 (Blocking and Tackling is an annoying business term and is just one of the 212 Most Annoying Business Phrases Managers Effuse, Confuse, and Overuse detailed in the hilarious must-have guide for every workplace: The 30,000-Pound Gorilla in the Room. Available right now on Amazon.)

Generally, when someone or some team in your workplace skips the basics and fails, managers will often say “it’s just blocking and tackling.” This, to indicate the simplest of tasks were not completed.

While most everyone knows this saying denotes the essential tasks in (North American) football, the most annoying among your managers may argue it refers to a block and tackle system of pulleys and ropes used to lift heavy loads.

That’s just idiotic overthinking, of course. No one in North America today hears the term blocking and tackling and thinks of anything other than football players executing the basics.

Of course, we find this phrase to be the most annoying of all the overused sports analogies applied to business because it implies that blocking and tackling are easy, basic tasks.

In American football, we’ll argue, blocking and tackling are the most important tasks assigned to anyone on the team; and certainly not the easiest.

Since we don’t actually block or tackle at work (unless you do employ pulleys and ropes to lift things), let’s drop this silly, annoying misuse.

« Bio Break » Boots on the Ground