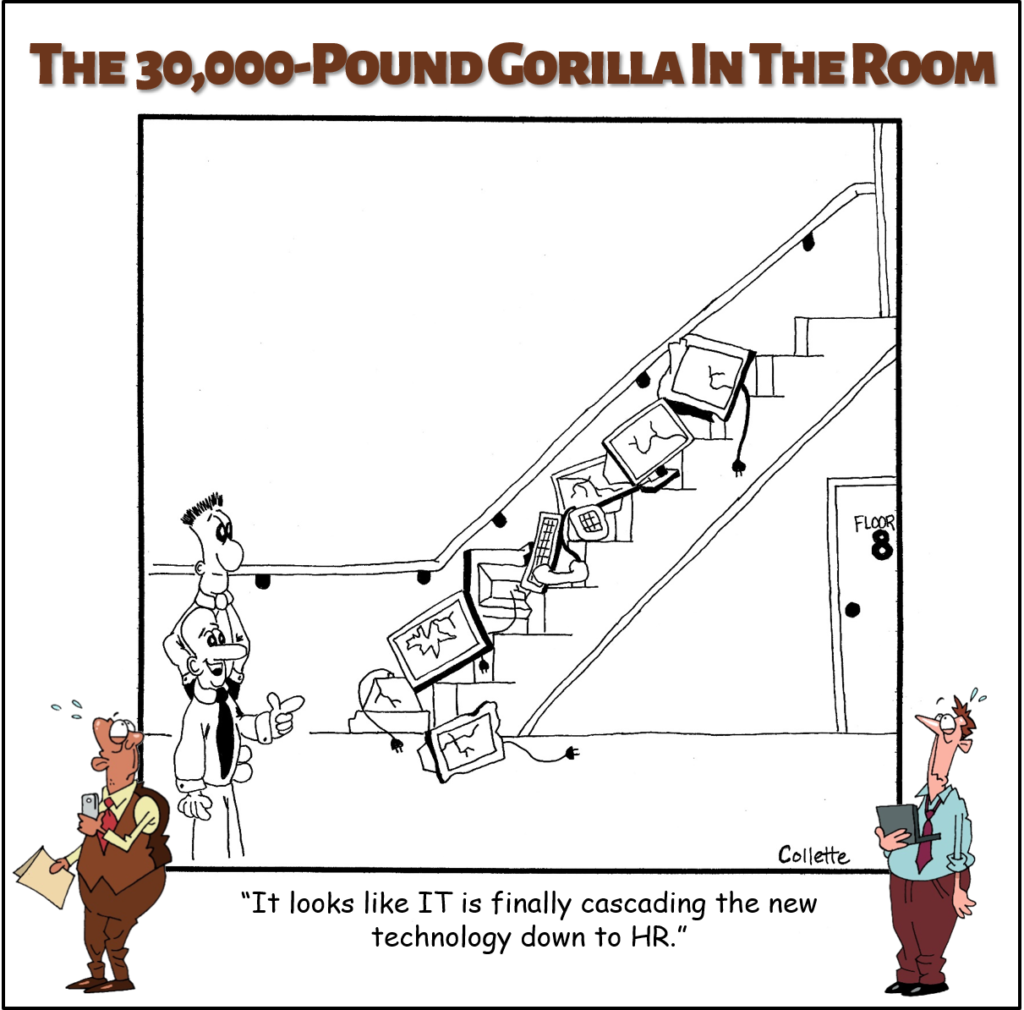 (Cascade is an annoying business term and is just one of the 212 Most Annoying Business Phrases Managers Effuse, Confuse, and Overuse detailed in the hilarious must-have guide for every workplace: The 30,000-Pound Gorilla in the Room. Available right now on Amazon.)

One would guess cascade sounds like it’s the opposite of bubble it up. Interestingly, in your workplace it means the same thing. Cascade just indicates a different direction – of course, it’s just as annoying.

Cascade is interchangeable with bubble it up, though it’s rare any annoying manager is using both.

Annoying managers, you see, usually pick their favorite five or fifty-five or five hundred fifty-five annoying phrases to latch onto, and then they never let go… never… ever.

In fact, it might be refreshing (and certainly less annoying) if your manager occasionally mixed it up a bit and substituted one painful term for another. We’re certainly never going to succeed in getting them to stop altogether with the annoying vernacular, right?

Cascade most often replaces “share;” which, apparently is too boring to say aloud.

“Barb, please share this with the team,” is clearly yawnsville for the annoying people at your company. Instead, they’ll only feel self-satisfied if they ask you to cascade something to your team.

“Barb, I need you to cascade this to the team.”

The only thing we’d like to cascade after hearing this is the guy who said it… cascade him right out the door.

See also: Bubble it Up; Waterfall