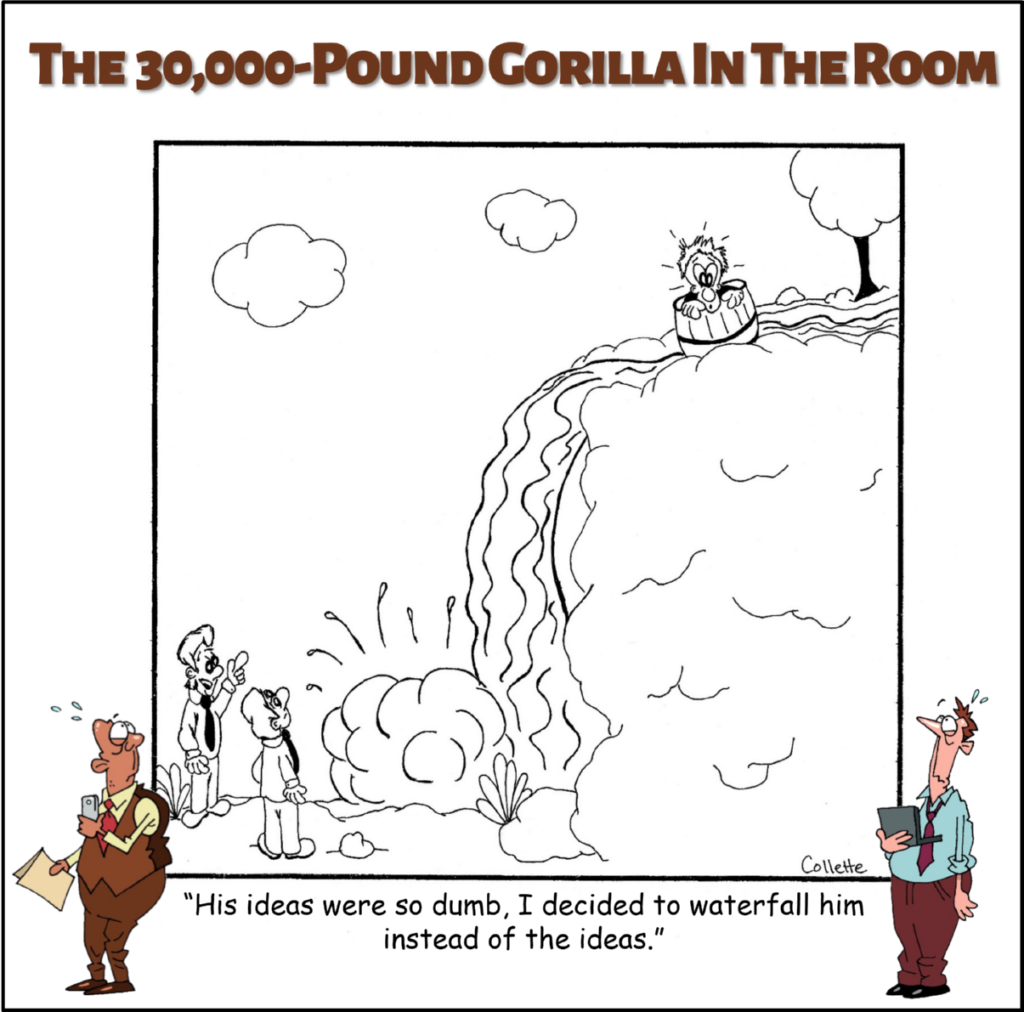 (Waterfall is an annoying business term and is just one of the 212 Most Annoying Business Phrases Managers Effuse, Confuse, and Overuse detailed in the hilarious must-have guide for every workplace: The 30,000-Pound Gorilla in the Room. Available right now on Amazon.)

Sounds so peaceful, doesn’t it? When you hear waterfall, your mind should take you to a beautiful forest setting where a crystal-clear stream flows freely over a small rock face.

Unfortunately – here in the real world – your annoying manager has co-opted this once scenic memory and turned it into an unrecognizable bastardization. Today’s irritating bosses no longer want you to share information or gather opinions, they prefer you, “Waterfall that to the team.”

Surviving in the workplace a half-century ago often meant laughing at your boss’s dumb jokes.

We now affectionately call these “dad jokes” because the cringe-inducing punchlines are nothing compared to the sheer horror created by today’s managers asking us to waterfall stuff to others. As bad as the boss’s jokes were in the 1960s, we’re pretty sure no one wanted to punch those knuckleheads in the mouth for sharing these.

Today, the best employees are those who can control their urge to scream and wildly throw fists into their manager’s face when asked to waterfall something. These are the true workplace heroes.

See also: Run it Up the Flagpole; Cascade

« Warts and All » What Keeps You Up at Night