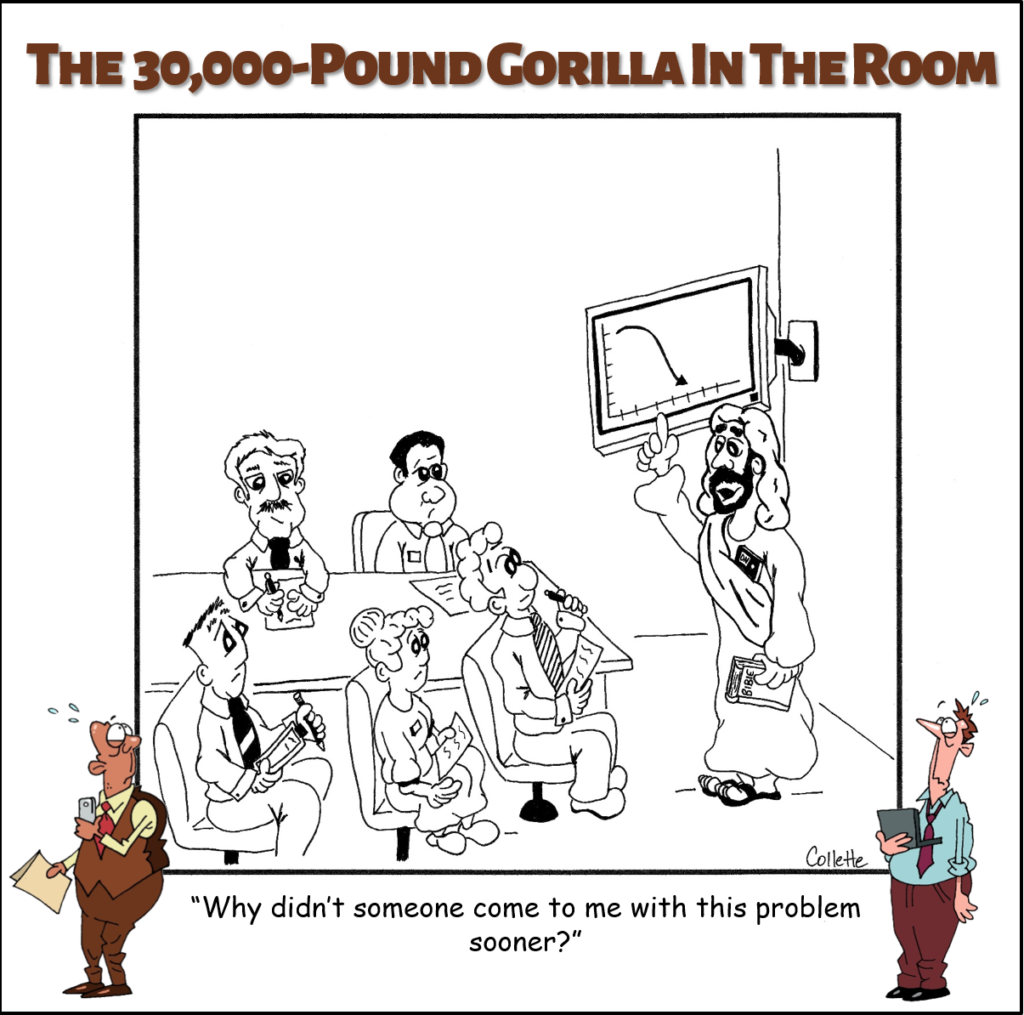 (Come to Jesus Meeting is an annoying business term and is just one of the 212 Most Annoying Business Phrases Managers Effuse, Confuse, and Overuse detailed in the hilarious must-have guide for every workplace: The 30,000-Pound Gorilla in the Room. Available right now on Amazon.)

Despite the name of this meeting, there really is nothing Christian (or even religious) about it.

This hackneyed, overused phrase is meant to show that the speaker is not just serious or even really serious this time; but, rather, he or she is really, really, really serious! So serious, in fact, that, “If Bob doesn’t step up his performance, we’re going to have a Come to Jesus Meeting!”

It’s meant to convey the importance (and maybe the overdue nature) of a meeting where a supervisor is going to finally lay down the law or where a crisis is finally going to be addressed.

The saying is annoying on many levels; but to us, it’s mostly annoying because a meeting with Jesus (even if you’re an atheist) sounds pretty cool, doesn’t it?

Think about it: if you could meet anyone from history, wouldn’t someone known as the Son of God be near the top of most everyone’s list? How a get together with Jesus was chosen to convey an unsavory meeting is anyone’s guess, though we do find it interesting that other religions don’t have their own version.

See also: Light a Fire Under