Coming Down the Pike (Pipe?) 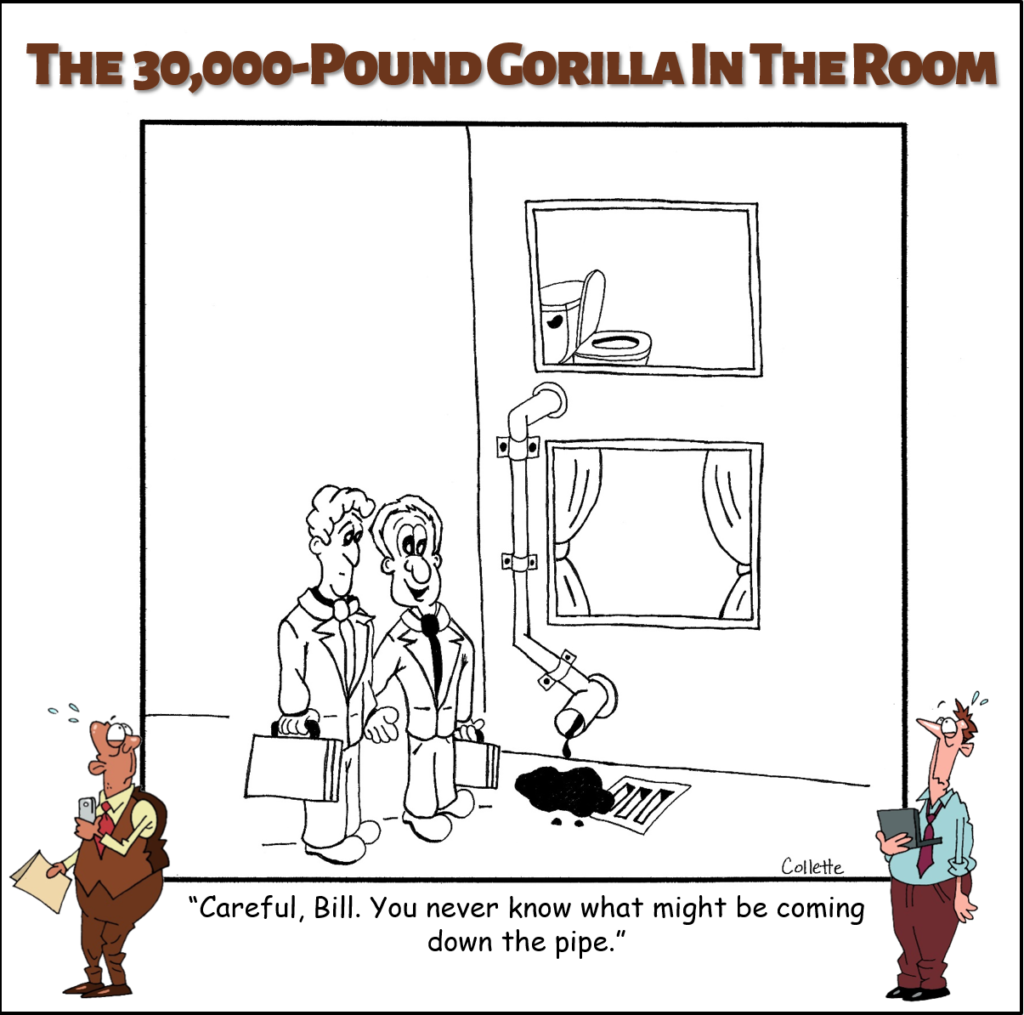 (Coming Down the Pike/Pipe is an annoying business term and is just one of the 212 Most Annoying Business Phrases Managers Effuse, Confuse, and Overuse detailed in the hilarious must-have guide for every workplace: The 30,000-Pound Gorilla in the Room. Available right now on Amazon.)

Coming Down the Pike (Pipe?)

Honestly, we’ve heard it both ways about an equal number of times. This tells us that half of the annoying folks uttering this are saying it wrong. Doubly annoying.

Officially, every respectable source indicates the correct annoying phrase is coming down the pike; and that pike means a large road – think turnpike.

Once we understand this, we’re allowed to not only be annoyed at those who say coming down the pipe, but we can also make fun of them. They’re not just annoying, they’re annoying idiots.

However, for our purposes, let’s stick with the correct annoying usage of this term. Does anyone you know – and we mean anyone – speak about a road using the word pike? Nope? Same here.

In fact, to everyone we know, a pike is a fish. A big, ugly, mean, freshwater fish. So, whatever is coming down the pike sounds like nothing we want to catch.

Managers who want to describe their company’s latest and greatest as, “You’re going to love what we have coming down the pike,” need to be shunned. If you’re such a manager, please shun yourself.

Instead of using archaic clichés, try describing what’s really happening in words the kids will understand. For example, “You’re going to love our next product release.”

Replacement phrases: No replacement needed. Instead of reaching for an outdated cliché, say what you mean, m’kay?

« Come to Jesus Meeting » Connect With