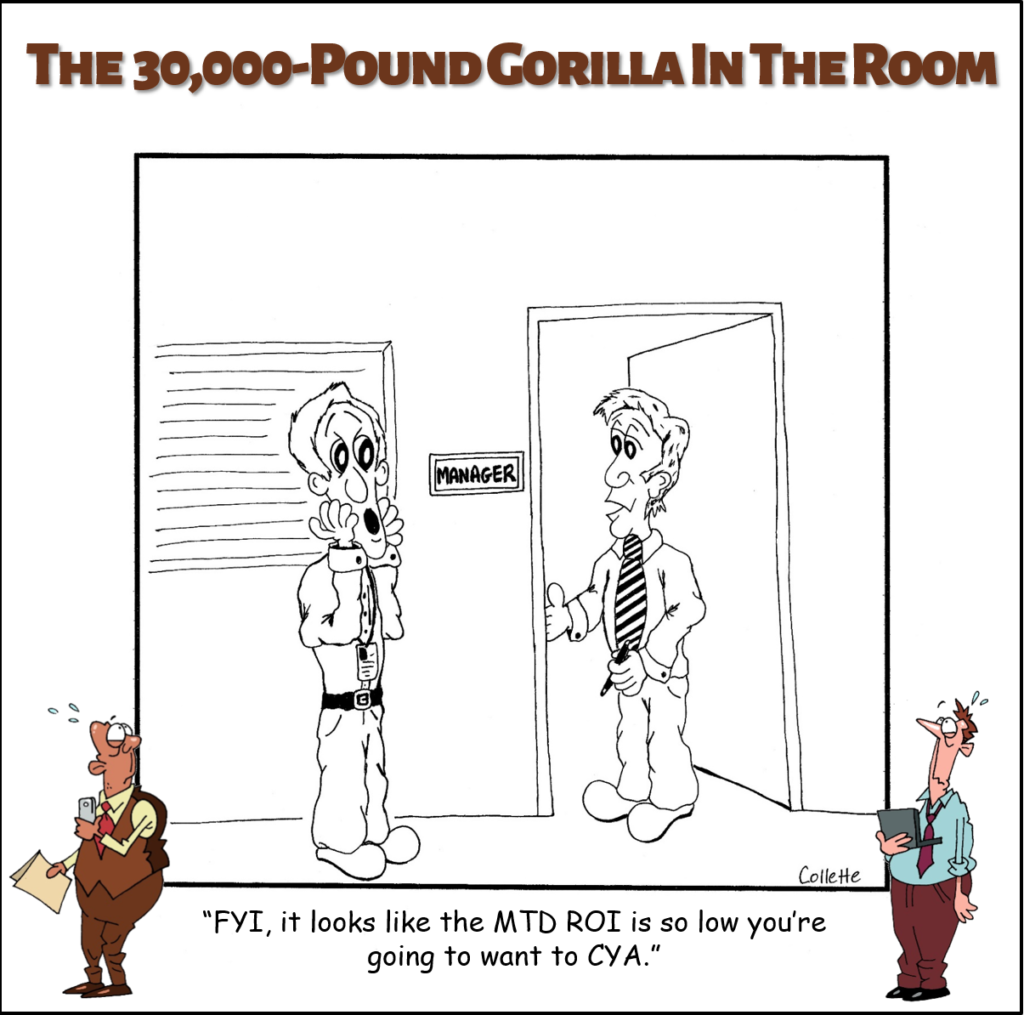 (FYI is an annoying business term and is just one of the 212 Most Annoying Business Phrases Managers Effuse, Confuse, and Overuse detailed in the hilarious must-have guide for every workplace: The 30,000-Pound Gorilla in the Room. Available right now on Amazon.)

To be clear, reading the abbreviation FYI in an email or text from your boss is perfectly acceptable. It makes sense, given the brevity that typed text often demands. FYI, after all, means for your information… and that’s a lot to type if you spelled it out.

However, hearing FYI from these same folks (especially in a meeting), and our douche-meter goes above eleven.

FYI is almost unforgivable as it’s often used as a pompous way to put others down. For example, “FYI, I was club champion for three years running.”

When someone inserts FYI in their comment to you, they’re most often trying to exercise some superiority over you. Don’t believe me? Listen for the next five FYIs you hear directed at you. We guarantee more than four of these are meant to put you and your little brain in place.

The bad news in business is that you cannot stop pomposity. Therefore, what can you do to combat those who overuse FYI?

The answer for us is to turn FYI around on the pretentious hordes and give it a new meaning. An exercise that we love (believe us, it’s very cathartic) is to use FYI as a polite way to say, “fuck you, idiot.” You see, that’s F (fuck) Y (you) I (idiot).

For example, when some arrogant manager is telling you black is white and white is black – and they include a pompous FYI in their diatribe – we like to retort with, “Well, FYI ….” Telling this manager, “fuck you, idiot…” in our minds.

This is sometimes very liberating. Though, at the very least, it always makes us smile.

Life – especially at work – is about the little victories, after all.

Replacement phrases: Often, there is no replacement needed. FYI is just an extra, unneeded abbreviation.