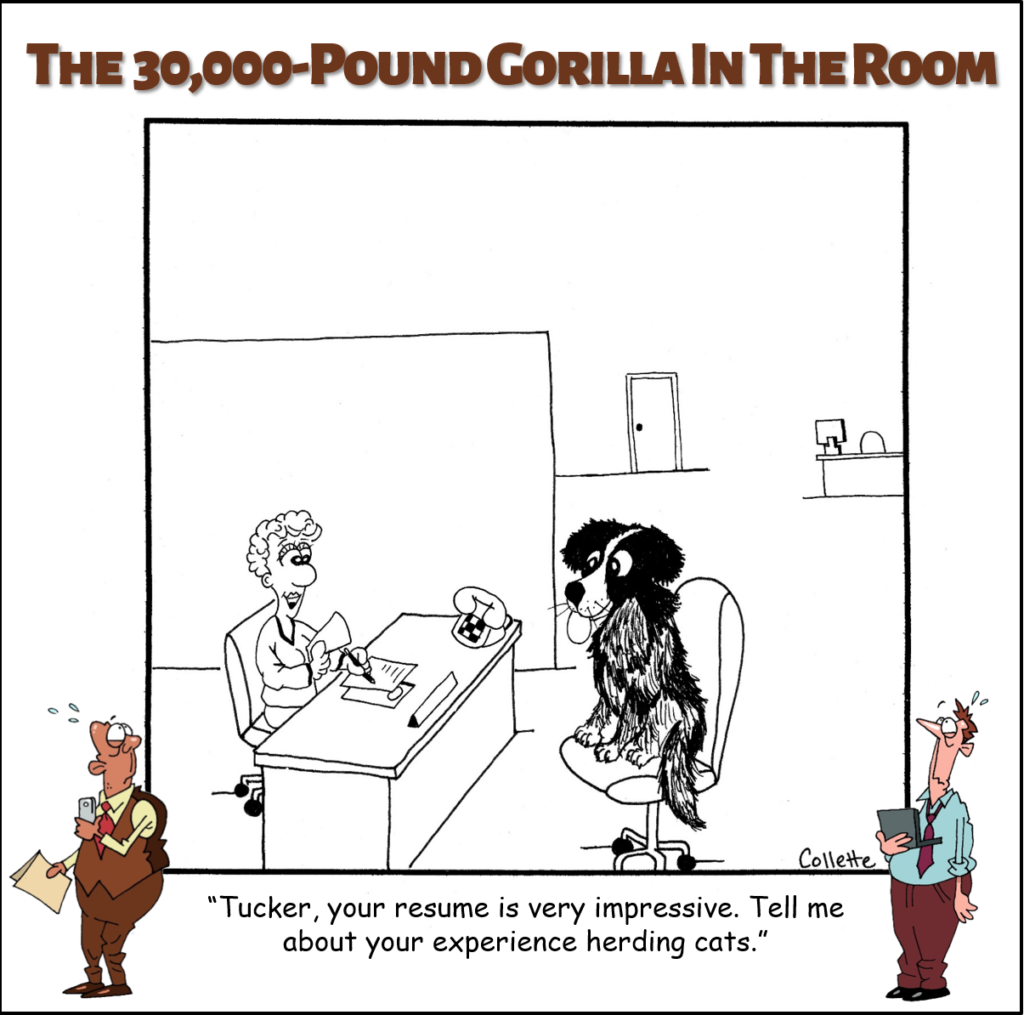 (Herding Cats is an annoying business term and is just one of the 212 Most Annoying Business Phrases Managers Effuse, Confuse, and Overuse detailed in the hilarious must-have guide for every workplace: The 30,000-Pound Gorilla in the Room. Available right now on Amazon.)

Let’s agree right up front that no one using this term has ever attempted to herd more than a couple of cats at any one time.

This doesn’t mean they can’t have an appreciation for the frustration one would encounter herding cats, only that because they’ve never actually done it (or even seen it done), they really should stop saying something “is like herding cats” as if the realities, hardships, and results of herding cats was so well known.

Moreover, as with so many phrases in this book, herding cats is especially annoying given the likelihood that once your manager starts saying it, they’ll never stop. Ever.

Every imperfect situation that involves people will become akin to herding cats.

Except, of course, none of these is like herding cats.

Additionally, describing any situation as being like herding cats is exactly the kind of negative speak you don’t want from the leaders in your company.

Herding cats, in reality, would be a pointless attempt at an impossible task.

Anyone can tell you how difficult a job is going to be or where the problems lie, but great leaders find solutions and focus on these. Except in jest, a true leader would never be heard describing any situation as herding cats.

See also: Trying to Boil the Ocean; Ducks in a Row