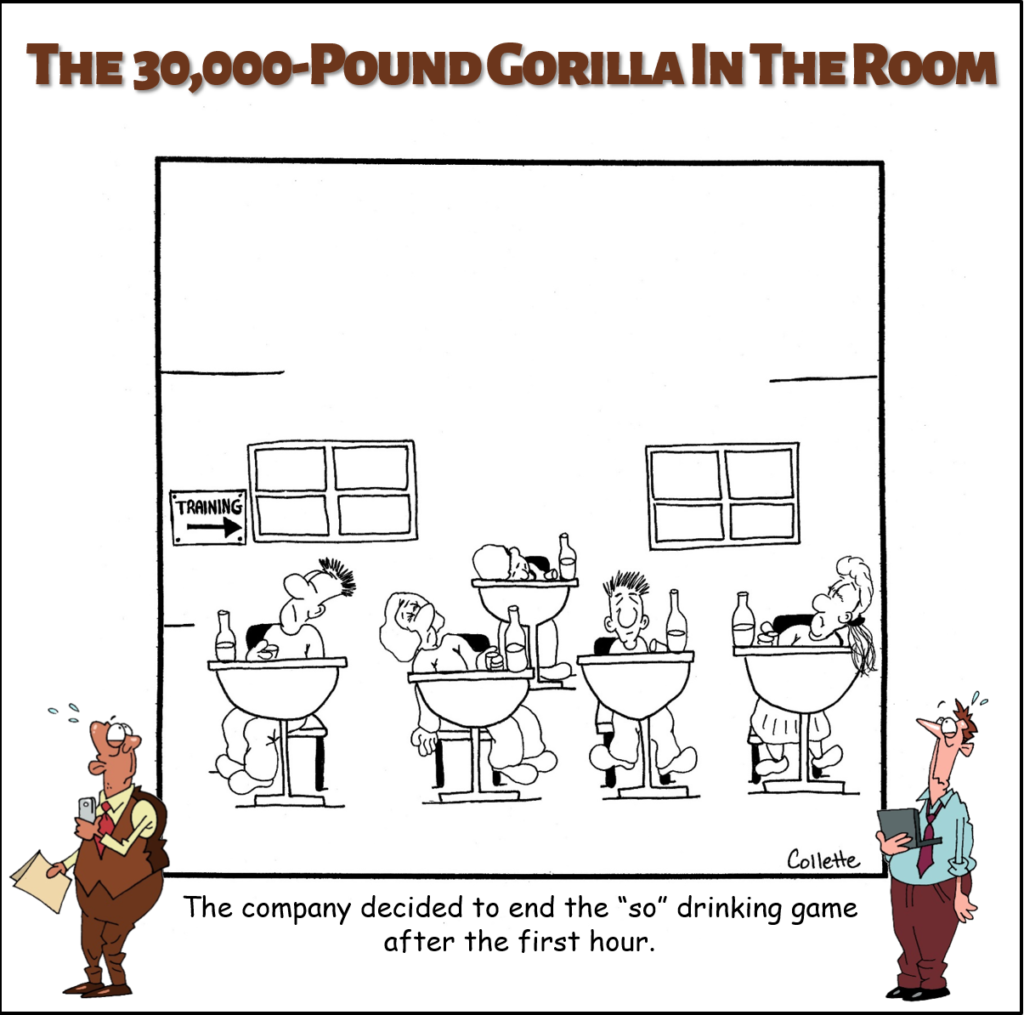 (So is an annoying business term and is just one of the 212 Most Annoying Business Phrases Managers Effuse, Confuse, and Overuse detailed in the hilarious must-have guide for every workplace: The 30,000-Pound Gorilla in the Room. Available right now on Amazon.)

To be clear, so has a necessary place in the English language. When your meaning is “thus” or “accordingly,” or when speaking about extremes, so can be a good choice. However, those uses are not what can make this one so, so annoying.

Most often uttered by young CEOs of hotshot startups and the exceedingly pompous, so has become so unnecessarily used and overused in business that it borders on maddening.

If you haven’t been paying attention, the word so is getting added (for no discernable reason) to the beginning of sentences (especially when the pompous are answering a question). This makes the speaker sound like a 13-year-old girl explaining her frustration with the latest drama rocking the world of the eighth-grade elite.

This practice has become so ubiquitous on channels like CNBC (where they tend to interview a lot of Millennial CEOs), we’ve considered creating a drinking game. Every time someone on television starts a sentence with so, the audience must drink a shot.

“So, we just released our latest…” “So, we are considering moving into the…” “So, that’s certainly something we’re considering.”

Are you nervous; are you confused; or, as we suspect, are you so in love with your own voice and opinion you believe every sentence needs an introduction?

So, that’s what we were thinking, anyway.

So, when can you use so to start a sentence? Here’s our rule: If you can’t replace so with therefore or very, you’re using it so, so annoyingly.

Replacement phrases: No replacement; just stop adding it to the beginning of every response.