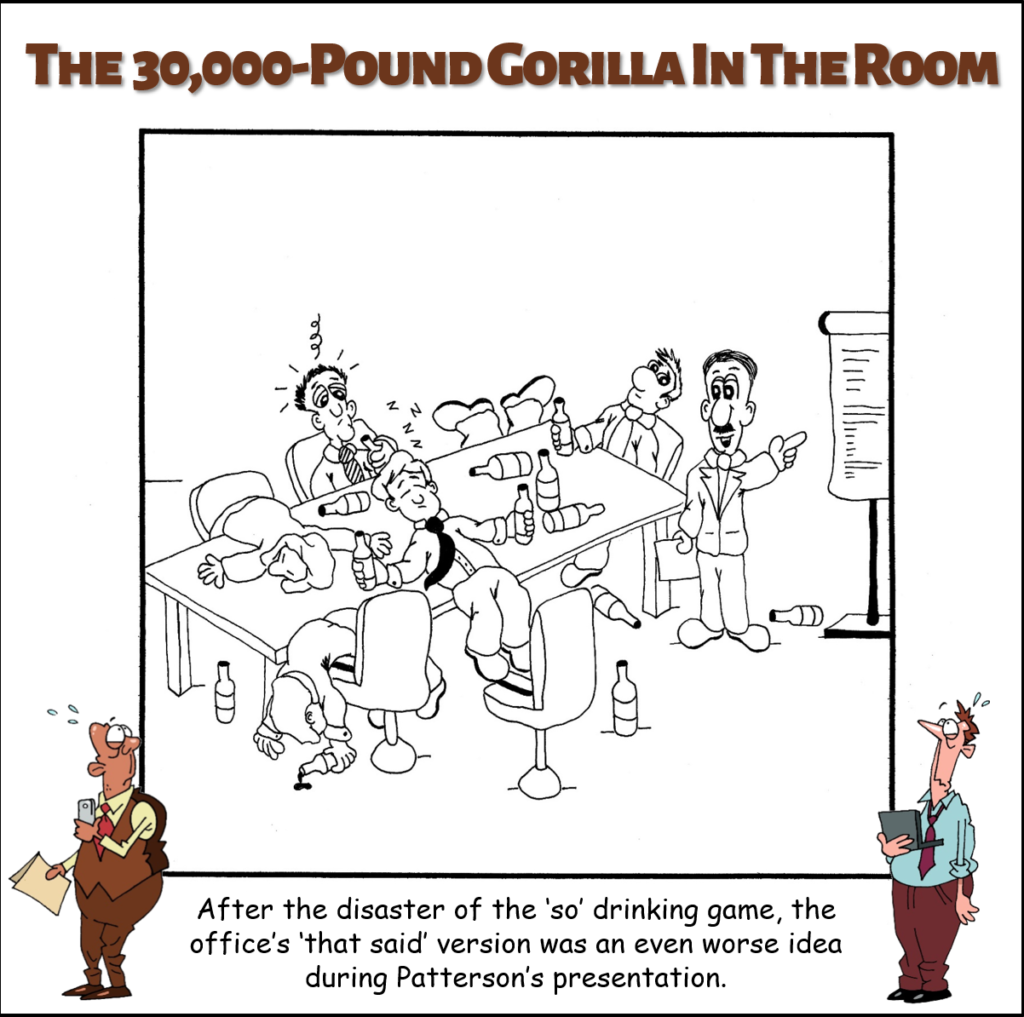 (That Said is an annoying business term and is just one of the 212 Most Annoying Business Phrases Managers Effuse, Confuse, and Overuse detailed in the hilarious must-have guide for every workplace: The 30,000-Pound Gorilla in the Room. Available right now on Amazon.)

Merely unnecessary filler, that said can and should be stricken from the vocabulary of every English-speaking man, woman, and child. If it was, we’d lose nothing, as this saying is worthlessly annoying.

It provides no value and adds nothing to any conversation.

That said, we were curious if other languages were similarly plagued with this annoying two-word combination.

That said, we did some digging.

That said, unfortunately for workers everywhere, that said does not discriminate.

While enojoso (annoying) managers in Mexico City are routinely beginning sentences with dicho esto, their Russian counterparts are uttering shto skazal before they too make their delo (case).

That said, if nothing else, the universal annoyance with that said might be the unifying factor that simultaneously solves America’s immigration and collusion/election interference issues.

That said, we’re not holding our breath.

Replacement phrases: Therefore. Though, generally speaking, there’s no replacement needed, as this one is most often unnecessary filler.

See also: At the End of the Day; So

« Tee it Up » There’s a First Time for Everything